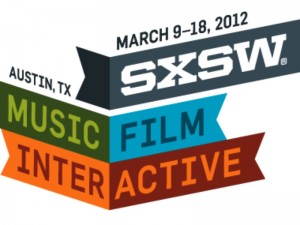 You see, I could give a crap about RSVPing to all the hot SXSW parties this year and standing in line for hours on end in my only pair of stylish shoes that I pull out once or twice a year because they give me knee pains and being crammed into a small area with hundreds of drunk scenesters that step on my said only pair of stylish shoes which forces me to go all Hulk-like on everyone and tell them to “BACK THE FUCK ON UP!”, but in reality I actually won’t, so I become a shell of a person, completely despondent to all that is around me.

Instead, I’m checking out the other parties. The parties that I know won’t be overcrowded, or if they are, at least I can learn a thing or two about a cool new app, business venture or meet some neat-o folks.

Check out this list of parties if you’re hoping not to get your pinky toes murdered.

Who: Flavorpill, WillCall and A Heart is a Spade present: Lost in Austin (SXSW Day Party)
When: March 14th 1PM-6PM
Where: Lipstick 24
Why: Because everything Flavorpill does is cool
Featuring: Pictureplane, Niki & The Dove, Zambri, Teeth and Tongue, etc.
RSVP

Who: The Foodspotting SXSW Street Food Fest 2012, brought to you by CHOW.com
When: March 10th 4PM-10PM
Where: 2nd and Congress
Why: Sampling of food from your favorite Austin food startups
Featuring: Chi’lantro, Peached Tortilla, Good Pops, Hey Cupcake and more!
Details