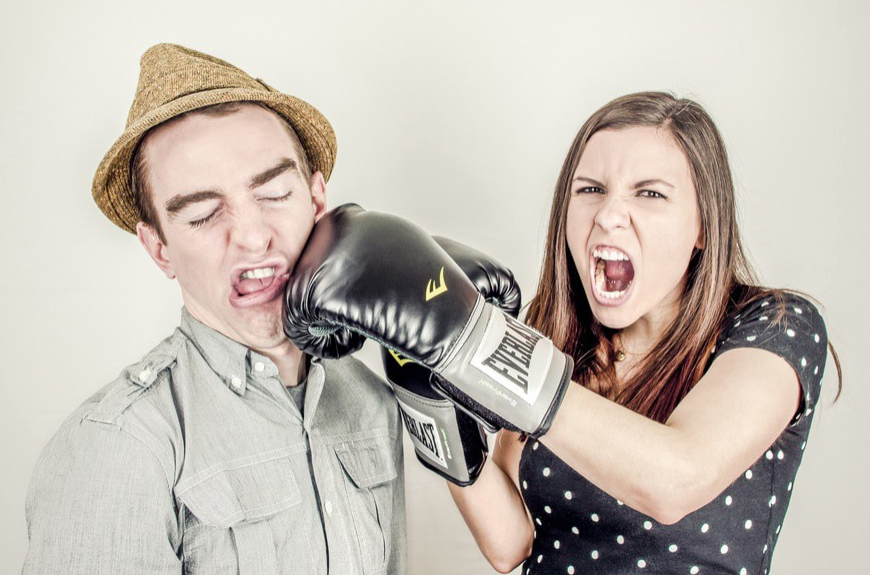 You know how you have those days when you’re sitting in traffic, or you’re waiting in a long line at the grocery store, and you look out at the world around you and say to yourself “Wow. I fucking hate everybody”?

Additional thoughts float into your head such as:

“That lady who just cut in front of me in line has resting bitch face. As a feminist, I shouldn’t be using the word “bitch” in regards to a woman, and I’m not even exactly sure what “resting bitch face” means, but I think she has it. And I hate her for it.”

“Why is that child staring at me while screaming and picking its nose? He’s a demon.”

I had one of these days today. I dislike these kind of days because I try to be a good person, I try to stay positive and I try to give people the benefit of the doubt. I typically love people. Maybe Asshole Chin doesn’t know that his truck is an environmental hazard, right? Maybe Resting Bitch Face has a facial condition where she can’t smile. Maybe Child Demon’s finger is permanently stuck in his nose due to a horrible playground accident.

We’re all human, and we all need to get along on this big, fat, Norovirus-filled cruise ship called S.S. LIFE, so that’s why I don’t want to complain about others; I don’t want to spend my time on this planet constantly pissed off.

So instead of griping about everyone, I’ve decided to stay positive and give a shout out to all the people who have decided to not be assholes, angry line cutters or demon children. I salute you!

(And when you see caps below, it’s because I’m really excited- not angry. I’m not angry at all.)

-Thank you, person, for choosing to park in the back of the parking lot and thereby not creating a traffic jam. You obviously didn’t feel the need to get AS CLOSE AS POSSIBLE to the store because walking an extra fifty steps seemed like a wise, healthy idea.

-Thank you, person, who went to the grocery store line at the end of the row, you know, the one that DIDN’T HAVE ANYONE IN IT. You help keep the lines proportionate.

-Thank you, person, for choosing to use your blinker. Because of you, I didn’t get into an accident today and I was able to go home and watch the second season of Grace and Frankie with my cat. (She loves Lily Tomlin.)

-Thank you, person, for saying ‘thank you’ when I held the door open for you. I’m glad you DON’T VIEW ME AS YOUR SERVANT.

-Thank you, person who doesn’t own a farm or construction business, for not buying a Ford F-150.

-Thank you, person, for not texting while driving. I know you really wanted to text that poop emoji back to your loved one, but you decided that poop wasn’t worth dying over. You’re right and we’re alive because of it. Thank you.

-Thank you, person, for smiling back at me when I smiled at you. You made me not feel like a total creep today, which also prevented me from talking it out with my cat.

-Thank you, person, for not only being vocal about politics on social media, but for also voting in your local, state and general elections.

-Thank you, person, for telling your child that it’s not nice to ram people’s heels with a grocery cart. Because of you, you’ve stopped the evolution of an asshole.

-Thank you, person who works in customer service, for not talking to me like I’m three years old. I know your job is stressful, and I know interacting with the general public is not fun, but you chose to not take it out on me, which prevented me from taking it out on someone else which prevented someone from hitting someone with a bat. High five!

-Thank you, person, for choosing to stop at the stop sign instead of rolling through the intersection and hitting me while I’m listening to the NPR app. I really enjoy not being a paraplegic and waking up every morning and having the ability to listen to the strong yet gentle voice of Steve Inskeep.

-Thank you to everyone who chose to be a good person today. I love you.

Originally appeared on Medium.
i hate everyonelife tipsopen letter
May 20, 2016 by hipstercrite