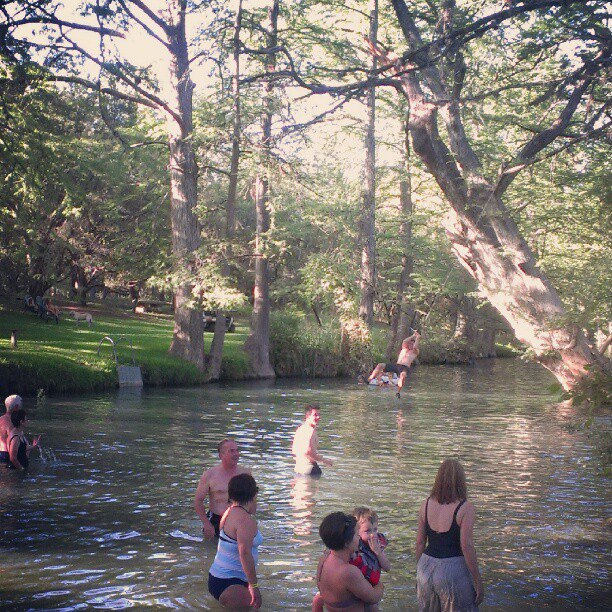 Last week, a friend asked me how many jobs I currently I have.

As I rambled off the list of regular employment and one-time projects for the month of September, I realized I counted all the way to 14.

It took hearing this to finally legitimize the stress I’ve been feeling lately.

Going freelance means you don’t know how to say no to opportunities. Or at least I don’t, yet.

If a project comes my way that works in my favor, even if it’s not substantial pay, I will take it.

This goes against many writers number one rule, but considering I’m still relatively new at this, I do not harshly discriminate.

Because of this weakness, I’ve found myself working 14+ hour days. Days that leave me mentally and physically exhausted. My back aches, my knees ache and I often trail off into a world of nothingness when speaking to another human being.

I’m not particularly fond of this current employment set up, but it’s “only temporary”, I keep telling myself.

After pulling a series of long work days last week, I swore with the coming Labor Day weekend that I would leave the house and preferably Austin to find some much needed relaxation.

On Sunday, Geoff and I set out on a day trip to Wimberely, Texas (about an hour away from Austin) to swim at the famous Blue Hole and try some local cuisine. Wimberley is a town of a little over 2,000 people with the vibrancy of town of 4,000. Their no-stoplight downtown boasts several tourist-worthy boutiques and a handful of eateries. The town was bustling with activity, but at manageable numbers as compared to the hordes of people would had landed in Austin this past weekend due to the holiday and UT Longhorns’ game.

Though I promised myself that relaxation was a must, my anxiety and stress level hadn’t disappeared completely and I found myself getting angrier than I should have when the fifteen year-old boy sitting in a lawn chair at the Blue Hole front gate told us that they had reached capacity. He suggested we try what we later discovered to be a dumpy swimming hole down the road and as we drove aimlessly through the shaded road alongside Cypress Creek, I realized that I was not currently grounded. In fact, I was somewhere very lost, deep inside my head. Never wanting to bug others with my conflicting emotions, I forbid them to exit through my mouth and I’m often left as a shell of person: quiet and staring out into nothing.

Unhappy with the swimming area the young man suggested to us, we decided to drive back to the Blue Hole to wait until capacity was no longer reached. We discovered within that short 20 minutes we were gone, not only was the young man no longer there, but the parking lot had been half empty this whole time.

My stress level began dissipating as we walked through the gate to discover an idyllic corner of the world. There were maybe only 200 people (as compared to the 1,000+ currently swimming at Austin’s downtown swim hole equivalent, Barton Springs) and there was a cleanliness and respect for nature that eased my growing adult crankiness.

We jumped into the still water shaded by low-lying trees and watched boys, girls, men and women jump from the Blue Hole’s famous rope swings. Young men who practice every day showed off their acrobatic skills for the less agile swimmers. The crown was filled with smiling faces fixated on the sporty youth. Geoff got the urge to participate and I happily cheered him on. He encouraged me to do the same and I found myself responding with a variety of excuses as to why I couldn’t swing from the rope.

“I want to relax. I’m content just sitting here in the water.”

“There are too many people around! What if I look like a fool?”

“What if I hurt myself?”

Knowing that I full well wanted to rope swing, but finding that I was my own worst enemy, I became frustrated even more.

What the hell happened to you, Lauren?

Always stressed, unable to relax, annoyed by small inconveniences, scared of how others will perceive you and frustrated by the fact that you know you’re behaving this way?

Am I no longer the child that pushes herself physically and mentally? Who would swing carefree through the trees?

Or does that child exist somewhere deep down, ready to come and play, but bogged down by the realities of trying to survive in the real world?

Is there a balance between the two?

These were questions I was left asking myself as I climbed out of the water to lay on the grass and stare at the clouds, something I hadn’t done in a very long time.

In fact, it has been the only time this summer I’ve done such a thing.

The heat of the sun and stickiness of sweat was not something I felt on my skin. My back was actually touching grass instead of scorched Earth. For the first time, the relaxation I had been trying to force upon myself hit me. In bridging the conversation with my friend from last week with the conversation I was currently having with myself, I began to have a glimmer of hope. Sometimes what seems like a no-brainer can take us days, weeks or a lifetime to understand.

If I don’t nip this in the bud now, I will never climb up that tree and swing into the water.