So why Project Repat? Well, for one, buying t-shirts in developing countries helps to support their economy. Secondly, as mentioned above, 100% of proceeds goes towards charity. Thirdly, think about how many awesome hipster t-shirts are floating out there in the world that you’re missing out on without the help of Project Repat! If you think shipping a t-shirt back to American seems excessive- think again. The boys at Project Repat have crunched some numbers and shipping a t-shirt back to American leaves less of a carbon footprint than making a new t-shirt.

Project Repat have made a documentary chronicling their adventures in Africa called “I Didn’t Dance My Ass Off at Josh’s Bar Mitzvah” and they’re in the midst of Kickstartin’ a new initiative with recycled t-shirts.

From their Kickstarter page: “Inspired by this new concept, we teamed up with Jacquelyn Yau, a fashion designer from Boston, to design some incredible, unique, and eco-friendly new prototypes made entirely out of t-shirts. We’re raising money during this Kickstarter campaign to travel back to Kenya so that we can collaborate with local artisans and small businesses in Nairobi to turn Jacquelyn’s prototypes into reality!”

So check ’em, learn what they’re all about, help the cause and wear an awesome upcycled t-shirt!

Update: Project Repat has changed since I last wrote about it! Find new details below:

Project Repat makes it fun and easy for people to take all of those excess t-shirts that they love and can’t get rid of and turn them into a fashionable and functional new product. Instead of letting those awesome t-shirts sit in a closet or throwing them away, Project Repat allows you to turn the memories associated with your t-shirts into a bag, blanket, scarf, bag, or tie.

We send customers our blanket box with a pre-paid envelope and instructions to ship up to 30 shirts to Project Repat. 4-6 weeks later, a custom made product returns to the customer.

All Project Repat blankets are made in the United States by an individual earning a fair and living wage. Our production is currently all done in Massachusetts and includes a lean manufacturing company in Fall River and a non-profit that employs individuals with disabilities. 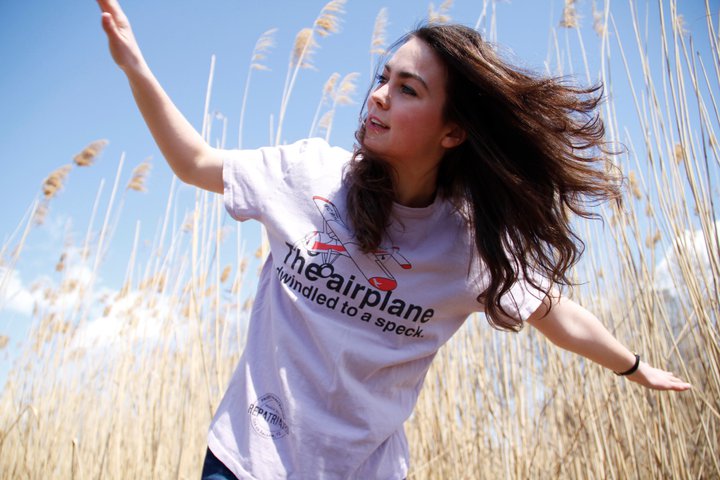