I try to be a nice person.

When discussing controversial topics, such as the 2016 election, I ask questions so I can hear all sides of view.

When I don’t agree with someone, I smile, I listen and I try to understand.

All this means that I have a lot of mother-fucking rage built up.

After 12 months of trying to be a wholly empathetic person, it finally caught up with me, and now I’m going to release all my rage in this blog post.

To my fellow people on the left: Stop fucking attacking each other. We have bigger fish to fry than lambasting folks on our own side. You know how the right calls us delicate snowflakes and shit like that? It’s because we’re triggered by every goddamn thing and go on the offensive like it’s our job. Fighting for human rights IS our job; being a jerky-dick is not. When a fellow leftie criticizes the Democratic party, and any leader it, it doesn’t mean they’re a Trump-loving racist misogynist. It’s ok to question & apply pressure to your own party.

To people on the right: Your party has jumped the shark, yo. Remember when you had Republicans who actually seemed to care about people and the planet? FUCK, even Nixon signed the Environmental Protection Agency into place. Republicans used to actually think about things, rather than clinging to petty ideology. Your party is becoming more and more toxic and it’s time for y’all to stand and speak up.

To the white people who are now woke: I’m so fucking happy you’re woke; we need more woke people. But just because you’re woke now, it doesn’t mean we need to see a fucking selfie every time you march or call a Senator. Posting about all the goddamn good things you’ve done makes it look like you’re doing it for the attention. (P.S. A lot of people were woke before you, so don’t get all preachy like you’re the first person to get woke.)

To Social Justice Warriors: I love you, you’re on the right side of life, but if an ally makes the tiniest of missteps out of ignorance or misinformation, instead of jumping down their throat, why don’t you politely explain to them why they’re wrong and educate them? Yelling at them doesn’t help your cause; actually communicating with them keeps them as allies.

To Hillary Clinton supporters: Quit it with your generalization that EVERY Bernie Sanders supporter must be a misogynistic dude prick. You know, a lot of us voted for Sanders because we wanted a truly progressive president who has rarely deviated from his progressive values. A lot of us have been inspired and have volunteered or rallied for causes, or run for office, because of Bernie Fucking Sanders, so get over it.

To Bernie Bros: Y’all give the rest of us Bernie Sanders supporters a bad name. Stop being brazen assholes. Nobody likes an asshole. Assholes are all pinched and smelly and weird-looking.

To Trump supporters: Lord have mercy I don’t even know what to say to you anymore.
……You have let down, and potentially destroyed, the human race.

To white nationalists: No one wants to hear from your lily white ass. Go back into hiding, or better yet, go get an education.

To misogynists: A woman pushed your measly life out of her vagina, and it fucking hurt. Ever since then 50% of the people you’ve encountered have been women, and they’ve been good to you and they’ve helped you and they’re strong and they’re smart and they take care of your goddamn kids and clean your poopy underpants. It’s time to be a man now and respect women.

To hardcore feminists: You know, not all dudes are bad, right? Like, there can be, and there are, male feminists who want to support us.

To people who don’t use their blinkers: Really? You haven’t gotten that one together yet? It’s like, one of the easiest things you can do in life: moving your hand three inches and pushing a lever up or down. I know life is tough, but this is not tough.

To people who have to hold up traffic in the parking lot to get a spot near the front of the store and who aren’t handicapped or in pain: YOU CAN’T FUCKING WALK AN EXTRA 50 FEET? You wonder why you don’t feel well a lot of the time; have you ever thought about maybe pushing yourself to move more? Have you ever thought about buying a membership to the National Parks instead of that new fucking big-screen TV?

To my cat: WHY THE FUCK DID YOU LEAP ONTO MY FACE AND BITE IT THE OTHER DAY? That shit hurt. I had to get a tetanus shot because of it. I know you don’t like me talking loudly, and that’s why you pounce on my face like it’s a piece of t-bone, but the world doesn’t revolve around you. THE WORLD DOESN’T REVOLVE AROUND CATS.

To myself: Can you STFU up with all your online gibberish? I’m getting sick of reading it. 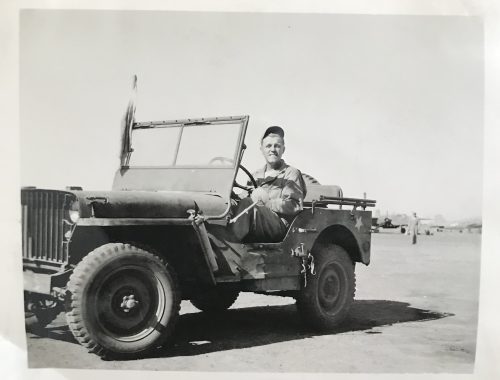