When you peruse Pinterest or Etsy and come across some glorious creation, do you often think, “Dear God! Everyone is more creative than me! Why do I exist? What have I contributed to mankind?! SOMEONE TELL ME!”

I do. Looking at Pinterest sends me into a tailspin of self-doubt and cheese puff-eating.

Once in awhile I get a bug up my ass to do something creative. Last night I was staring at our tiny and stinking trash can and thought, “You’re ugly, trash can. It’s time to give you a makeover.” I ran out to Target, bought a taller cheap-o trash can with a lid and an assload of Duct Tape. As you may know, Duct Tape has a line of unique colors and patterns now, including a mustache print. Out of fear of making my boyfriend throw up in his mouth every time he passes the trash can, I opted not to put mustaches all over it. Instead, I bought colors that would best compliment the New Mexico-vibe Geoff has going on in his house. Geoff went to college in Santa Fe and holds the wonderfully weird and wacky state of New Mexico close to his heart. The more time I’ve spent in New Mexico, the more I love it too. It’s a beautiful state with fascinating colors.

I began taping the living shit out of my new trash can while listening to yesterday’s Fresh Air with Terry Gross. She interviewed author Michael Lewis about his time spent with President Obama for Lewis’ current Vanity Fair article. It was chock full of interesting information about President Obama including his feeling that when people in the media say negative comments about him, it’s really a reflection of who they are as a person. Smart man.

If you have a boring trash can and want to make it look less ugly, here is how to kill an evening with Duct Tape, NPR and cheese puffs.

If you want a little more pizazz than I what I have, check out Duct Tape’s line of prints including adult favorites, Justin Bieber and Hello Kitty. 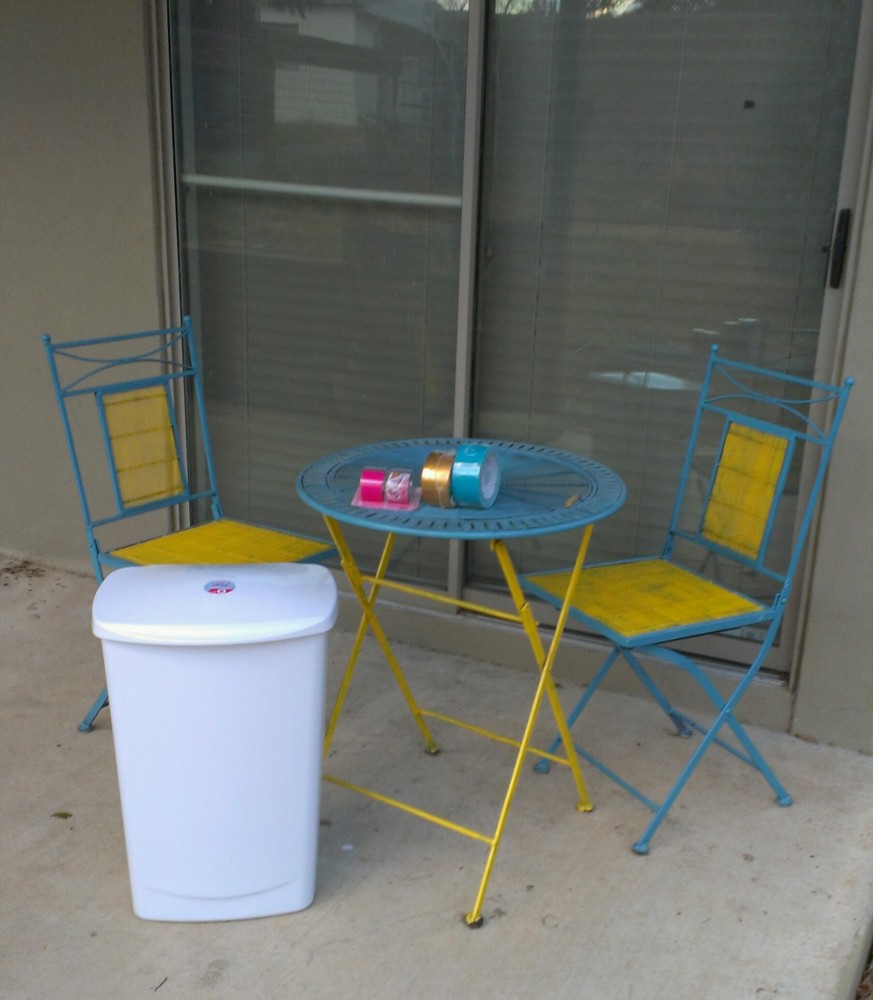 I started with a $10 trash can from Target and $4 rolls of turquoise, gold and fuchsia & paisley Duct Tape (I ended up not using the fuchsia and paisley) 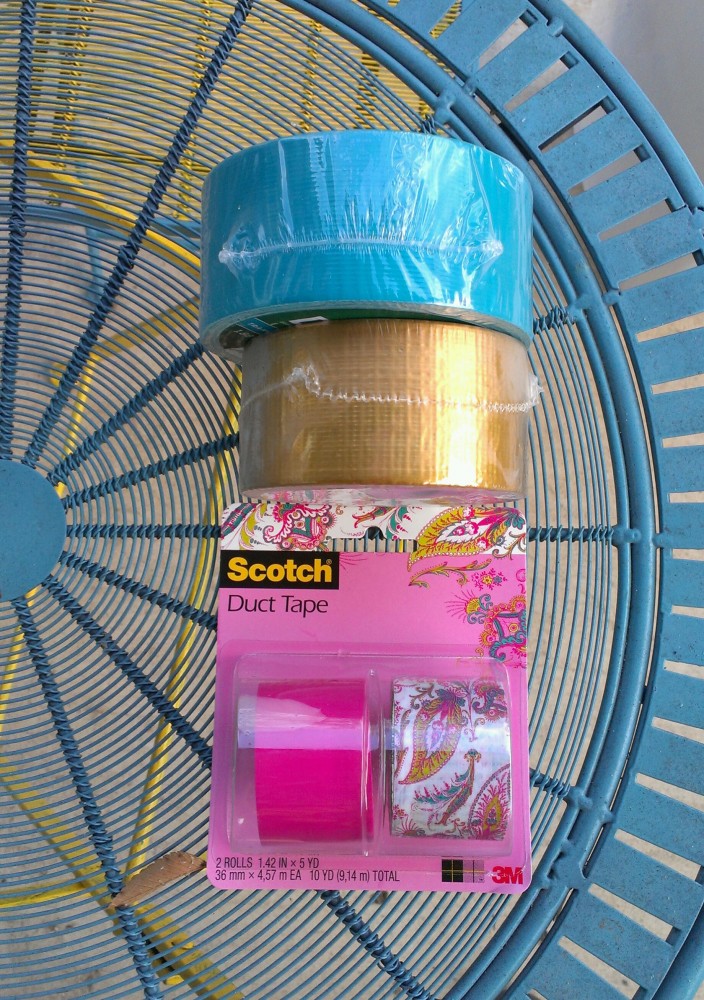 There is something very beautiful about Duct Tape. 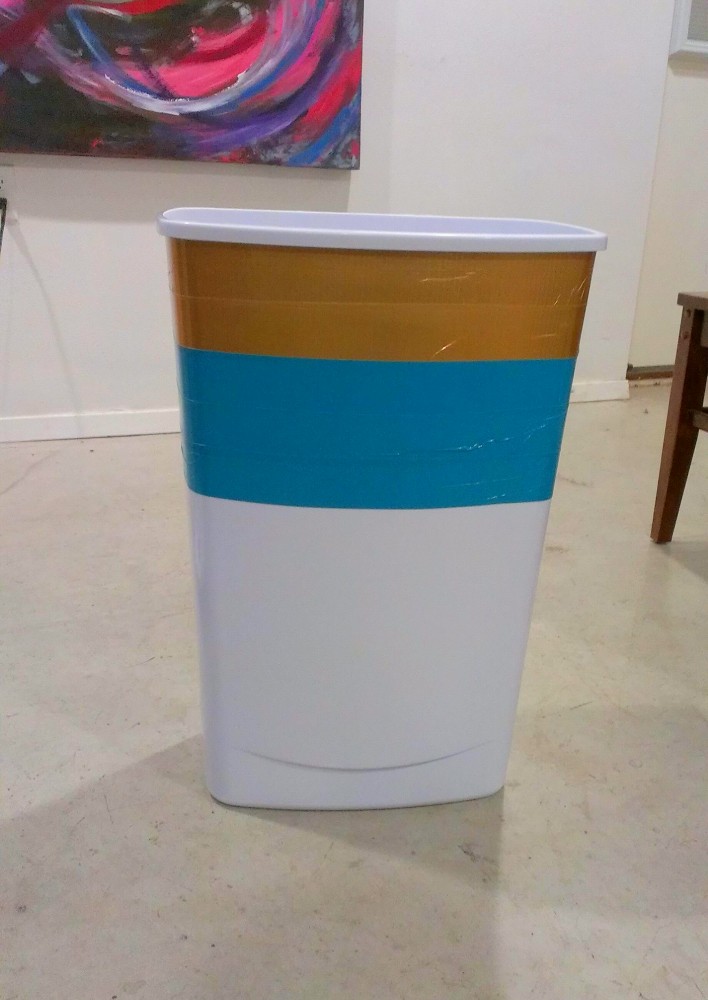 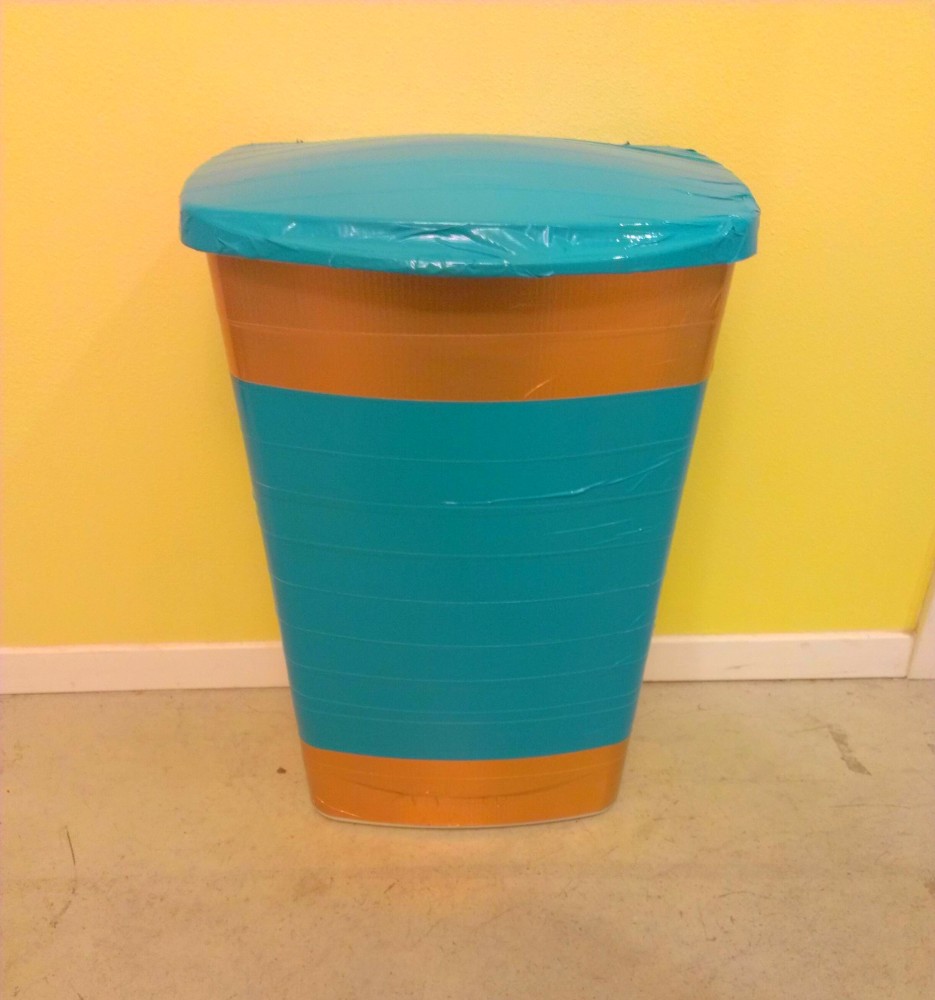 Someone told me this looks like a Starbucks cup. IT’S A NEW MEXICAN-INFLUENCED TRASH CAN, DAMMIT! 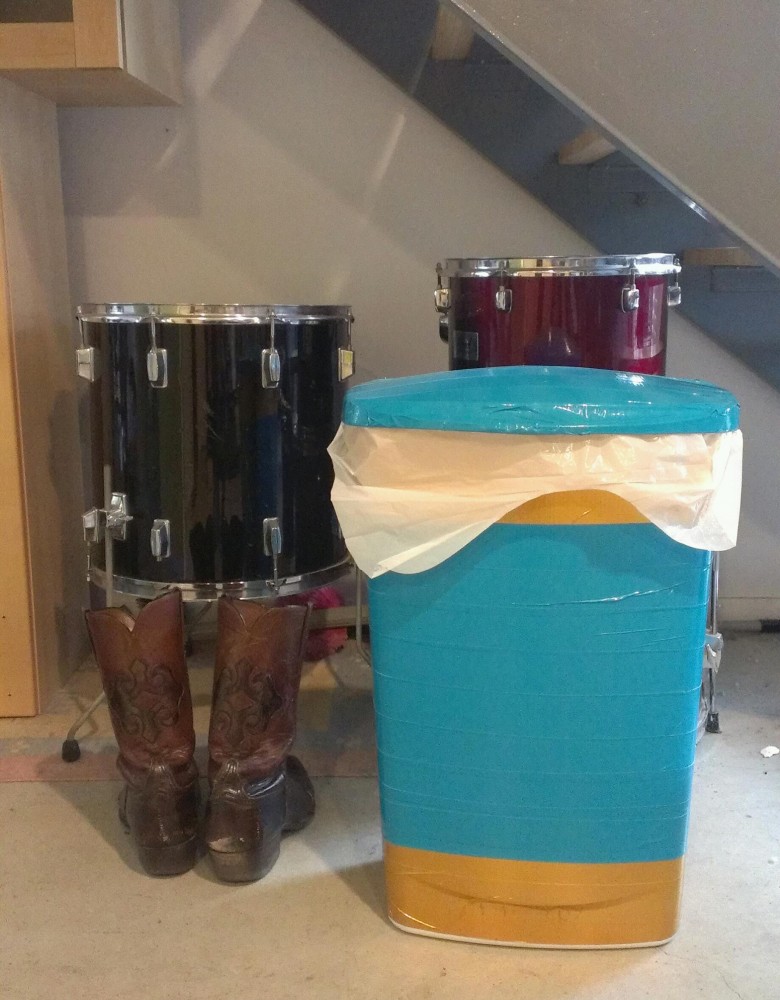 There she sits, amongst the cowboy boots and drums.