I’m not sure what the word is.

Every time I visit home I feel different. Like the arm of a clock on a different time. When I was 22, I was 3AM, when I was 25, I was 4PM and now the clock rests on noon.

As I’ve gotten older, I’ve mellowed out. Initially their dutiful daughter who always did what she was told suddenly did not like it. She snapped back. She was trying to figure out who she was and the last thing she needed was someone infringing on her time alone in her head.

Now, now she knows who she is. Now she doesn’t have a guttural reaction when one of them does nothing more than simply be the overly-concerned mother or grandmother that they are.

But coming home brings a new emotion. It’s no longer youthful angst, but rather seeing something I don’t want to see.

Something I’ll pretend is not happening.

As I hung in the doorway of my grandmother’s bedroom watching her get ready to go out, I noticed how small she looked. The weight she lost, the way her boobs sag a little more. Though beautiful, especially for 85, for the first time I saw an old lady. I saw a woman who was in pain. This thought was cut by my grandmother saying, “Lauren, tell me what in here you want from me when I die.” I told her I didn’t want to talk about that right now. She asked me again. I brushed her off and turned around so she didn’t see the tears instantly fill to the brims of my eyelids.

Lionel walked into the room and asked us where we were all going again. Something he’s been doing a lot lately.

Grandma snapped at Lionel that we were heading down to the cafe and as she neatly folded a sweater she did not want to wear and put it back in the closet, I wondered how I was related to this woman. Outside of the improbability of me ever folding a sweater and putting it away immediately, I wondered that if before the back pain, before the boyfriend with Alzheimer’s, before the general old age set in, if she was truly happy. All I see is a woman disappointed with her life choices and I refuse to ever let that happen to me. I wouldn’t change a thing and after talking to my grandmother, she would love to have changed it all.

All though years of stoicism were just that. What was going on underneath it all?

Five minutes before this exchange, Lionel tried flashing me his Depends. I turned to Grandma to get him stop and with fire in her eyes, she said, “LIONEL! No one wants to see your Depends! Put your nightgown down!” This was all while I was trying to convince my grandmother that the “You’ve Won $1,000,000!” letters she gets in the mail are scams. “Oh, I know they are! I just like reading them,” she says. She promised me that she’s only given $5 to a couple of them that have charities attached, but I still don’t trust them. I sit at the kitchen table Googling these prize letters on my phone to prove to Grandma that they are scams and all I want to do is hit the rewind app.

Lionel hangs over me and I notice the crusted food running down the front of his flannel nightgown. Lucy is in the living room eating chocolate she took out of Lionel’s backpack, candy he most likely stole because he’s doing that a lot lately too.

Dear God I don’t want to get old.

Picture I took during above conversations. 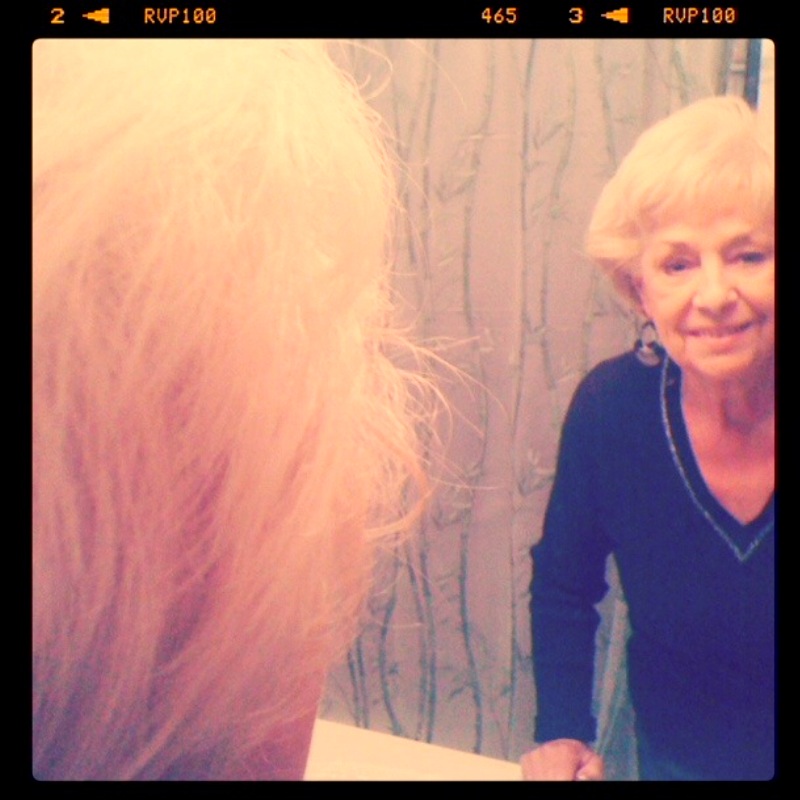