For the Love of Austin Businesses 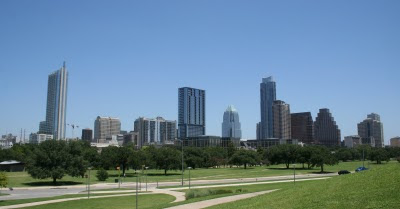 One of the many reasons why Austin is so freakin’ cool is because of its array of talented and creative entrepreneurs.

Austin has been a hotbed for companies and business-savvy folks for decades because of its low cost of living and high quality life. Interviewed by Fast Company, Bryan Menell of the super rad website, Austin Startup, also points out that Austin offers, “large venture capital firms, graduates from the university of Texas at Austin, and a state fund called, Emerging Technology Fund” to attract new technology companies to the area. It doesn’t hurt that Austin is continually written about in Forbes, Kiplinger, Money Magazine, and US News as well. Any new yearly list that comes out on where to start a business or where to live- Austin is on it.

Here is a little history of some of the interesting independent businesses, tech and non-tech, that started in Austin that you may have heard of…

Sweet Leaf Company– According to Sweet Leaf’s website– a young man named Clayton Christopher wanted to make sweet tea with cane sugar just like his Grandmother did. Like any resourceful young man, and with the assistance of his friend David Smith, he did exactly what he set out to do- with the help of a po’dunk van, pillowcases, hoses and crawfish pots for brewing! Over twelve years later, fourteen different varieties of tea and lemonade are available in grocery stores and convenient stores all over the country. Sweet Leaf Company has a large presence around Austin, typically sponsoring many of the city’s music festivals and events. The company also donates 1% of gross sales to local causes such as Breast Cancer Research, Multiple Sclerosis Society, and Big Brothers Big Sisters. 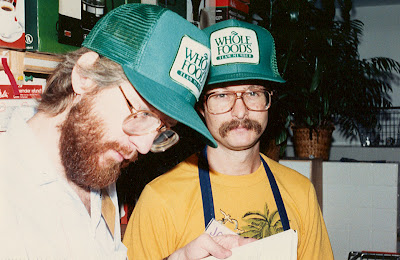 Whole Foods– Whole Foods is one of those large corporations with a fascinating, “American Dream” type beginning. Started as a tiny Austin Mom-and-Pop health food store in 1978 by a couple of hippies, John Mackey and girlfriend Rene Lawson, this grocer now boasts over 270 stores and 54,000 employees in the US and UK. Though founder, John Mackey, has had his share of engaging press, the company has done its part locally and world-wide. Whole Foods was listed as the number three “Green Power Partners” by the Environmental Protection Agency and the company also offers microloans to businesses in developing countries through their Whole Planet Foundation. The headquarters and store located at 6th and Lamar host many fun local events such as wine and cheese socials, cooking classes, and movie screenings on the roof. 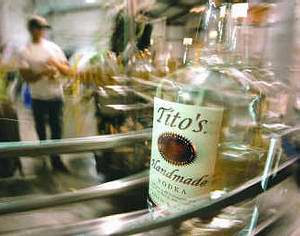 Tito’s Vodka– Tito’s Vodka was started by UT grad, turned geologist, turned mortgage broker, turned vodka-maker Bert Beveridge, aka “Tito” in 1997 by maxing out 19 credit cards. Tito’s seemingly foolish gamble has paid off, and the company now sells over 200,000 cases of vodka a year nation-wide. Made in the first and oldest distillery in Texas, Tito’s vodka is derived from corn rather than the typical potatoes or wheat and the difference is noticed. Tito’s continually wins numerous awards, even pitted against higher-priced and well-known vodkas. 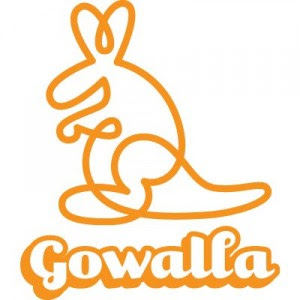 Gowalla– Gowalla is a location-based social networking website where participants “check-in” at various locations around their city to connect with friends or win “pins” for accomplishing tasks. Founded by Josh Williams and Scott Raymond in 2007, the site was launched at South by Southwest the same year as its competitor, Foursquare. In 2009, Gowalla nabbed a $8.4 million venture deal and the company doesn’t seem to be going anywhere anytime soon. Over 150,000 active users participate regularly and the site features hundreds of thousands of “check-in” locations world-wide. An interesting article displaying the differences between Foursquare and Gowalla can be found on Mashable and Fast Company.