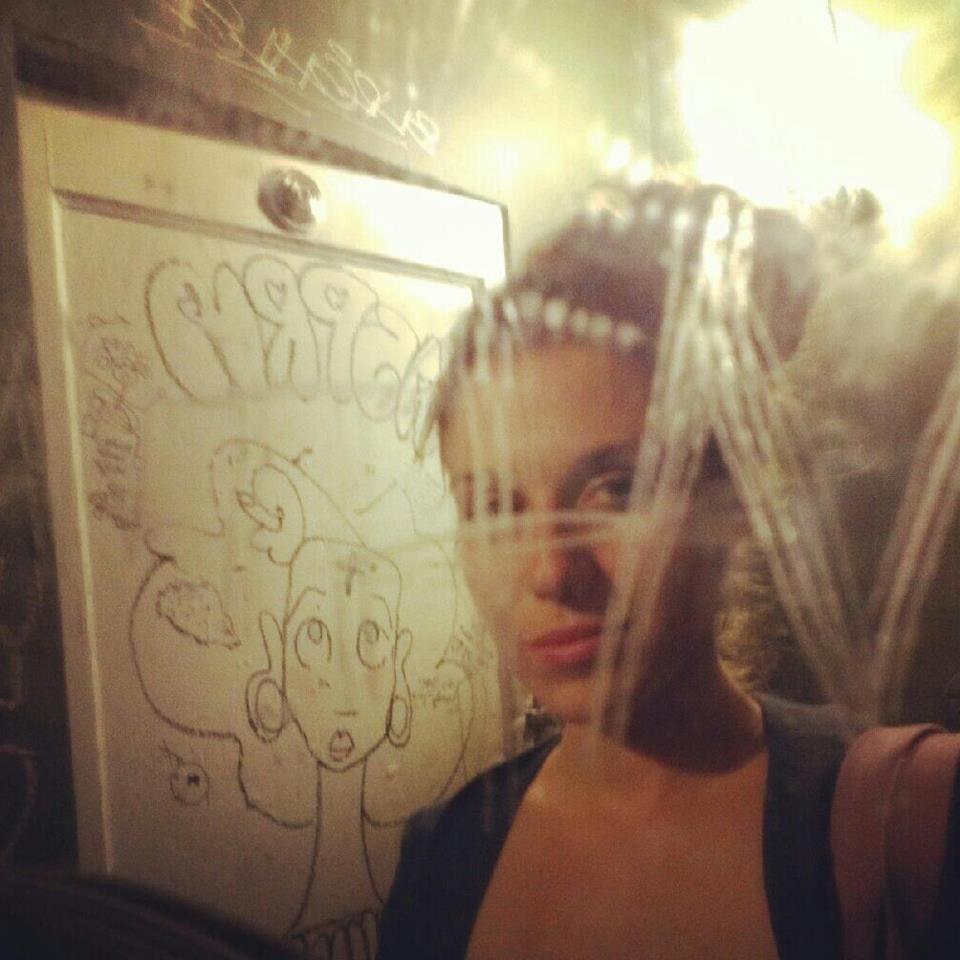 When you’re a wee one, you have no idea that a career in the arts means years, or sometimes a lifetime, of struggle, heartbreak, comparing yourself to your friends who took more conventional paths, stealing and drinking tiny bottles of alcohol from airplanes or being curled up in a ball on the couch immobile from the demoralizing fact that Bret Easton Ellis wrote Less Than Zero at 21, Orson Welles directed Citizen Kane at 25 and Tina Fey began writing for Saturday Night Live at 27. You have no freaking clue that these times of uncertainty will be punctuated with last ditch efforts to become a “real human being” by working as a paralegal at a law firm or an accountant at a law firm or an office manager at a law firm, and you’re not even sure how you got a job at a law firm because you’re not qualified for any of those positions- you’re not qualified for making anything other than art, dammit.

When I grew up and actively pursued a career in the arts, first in film and then in writing, I finally learned what the adage “starving artist” meant. When I wasn’t literally starving from lack of food or funds, my soul was metaphorically starving due to the stranglehold my anxiety had over my mental well-being. I recall many emo nights of me lying on the floor listening to M83, Explosions in the Sky or some other shoegazey life soundtrack band and wondering when my artistic career would begin, completely ignorant to the fact that is up to me to start it. At some point I got tired of hearing myself whine like a weak child, and I decided to put some real effort into my work.

And that’s when it happened.

All those hopes and goals finally started coming true, and I was no longer hungry. These achieved hope-goals, or for space’s sake let’s call them “hogos,” didn’t manifest in the form of the dreams I had as a child or as a teenager. Instead, during that time of sitting idle, all those hogos had evolved into something clearer, something more attainable. Results didn’t appear overnight; in fact, it took several years, but I stayed dedicated at the frequent cost of a social life or sexy-time.

So, how does one not become a starving artist?

Most of us don’t have the luxury of wealthy parents or the long forgotten art of patronage (can we bring that back?), so don’t quit your day job until you’re making enough money through your art.

2.) But don’t get complacent or fearful and stay at your day job forever.

You’ll know when they right time to make the move is, and when that time comes, you have to take that Opportunity Unicorn by the horn, dammit.

3.) And that’s not to say that spending a little time as a starving artist isn’t good for your art.

Spending a short period of time (keyword: short) completely bottomed out will not only drive you to achieve more out of life, but it is also a great reminder to not get too assy when you become famous.

4.) Though I don’t recommend comparing yourself to others, a little healthy competition can sometimes be the kickstart you need.

Try to surround yourself with like-minded people and artists of similar traits. And welcome feedback on your work.

5.) For good or for bad, networking, online or in real life, is a necessary part of becoming a non-starving artist.

Create that blog or website, go to meetups, get on social media and make sure you get your work out there. Remember, you have to be your first cheerleader.

You know how most celebrities say they became famous because they wanted it badly enough? The people who often become the most successful keep their eye on the prize at all times and don’t let anything get in their way. If you want to become a non-starving artist, you’re going to have to go after the jugular, Tiger.