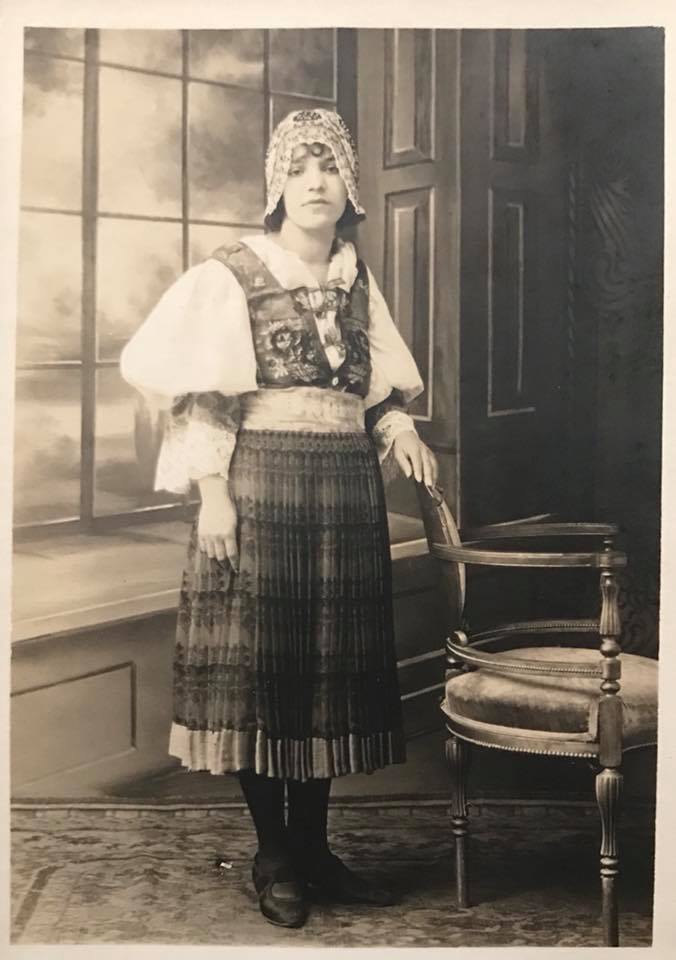 While growing up, we didn’t discuss being Jewish. We practiced no religious rituals, and no family member went to temple. A Yiddish swear word or phrase of exasperation often spilled from my grandma’s lips, something she picked up in her youth, or an occasional Jewish dish was prepared for family gatherings, but that was about as tribal as we got.

Our lack of Jewish cultural identity was not decided for us. It was chosen by my Eastern European great-grandmother Sophie, who upon coming to America erased any trace of Jewish identity. As I’ve aged and attempted to connect with my Ashkenazi roots, I’ve had to check my frustration with this woman I had never met. Why did you erase your past? I often ask out loud to her. And why did you decide that your kin would never know the truth?

These questions I’ve searched for in public records, DNA results and photos and documents hidden in my grandmother’s house to little avail. What facts I have been able to dig up often conflict with one another — Was Sophie from Poland or Russia or Ukraine? Was she actually married to my great-grandfather? What was her real birth year? — and, unfortunately, family members who remember Sophie know very little because Sophie told them very little.

What I have been able to discern is that she arrived in America 15-20 years before Hitler came into power, when Eastern European Jews were reeling from Russian anti-Jewish pogroms and famine. She may or may not have traveled to the United States with her mother, Elizabeth, a woman who, according to my grandmother, was Orthodox. There is no record of either arriving to the New World, nor are there records of the brothers that Sophie supposedly had. Elizabeth settled in South Bend, Indiana, and married a string of entrepreneurial men with deliciously Jewish names such as Hymie Goldberg, and a 15-year-old Sophie married a Polish man many years her senior. They had two children and there is no documentation of their divorce. Sophie’s biography only becomes clear when she settled in Endicott, NY, and married the man that would become my great-grandfather, a non-Jewish Eastern European shoemaker named Herman. Communication between Sophie and Elizabeth weakened, and according to family lore, Elizabeth left Sophie out of any inheritance. Elizabeth is buried in a Jewish cemetery in South Bend, one of the few facts I’ve been able to glean from Ancestry.com. (I’d like to visit her grave one day.) There are few remaining details on Sophie other than she lived out her life in Central New York as a sickly yet strong-willed spitfire with auburn-dyed hair and a penchant for the dramatics. My mother and I recently unearthed Communist Party USA paraphernalia that my great-grandparents owned, and it’s only added an additional layer of intrigue to a story with so few facts.

There are conflicting opinions as to why Sophie didn’t tell people she was Jewish and why she stopped practicing the religion. The general consensus is that she was scared — of whom and why we’re not sure — but with such little information to go on I’m left to my imagination. I imagine that as a Jewish woman who was persecuted for who she was, maybe coming to the New World was a way for her to start over. I imagine that with Hitler rounding up Jews to be slaughtered in Europe, she figured it was best that no one knew her heritage — even in a safe country. I imagine this fear was so strong that it was instilled in her daughter, my grandmother, and it is what compelled my 90-year-old grandmother to recently say to me after seeing news footage of Jewish cemeteries being desecrated across America, “Don’t be telling people you’re Jewish.”

This is what I tell myself so I’m not unfairly judging the woman who tried to control my future. This is what I remind myself when I whisper to Sophie, Why weren’t you proud of who you were?

I will never hear her answers, and I can only hope to find remnants of them as I dig through what few records remain of her. Even if I’m to never understand why she made the choices she did, I will own my Jewish heritage in spite of her.

Or maybe in honor of her.

(Also published on my Medium page.)