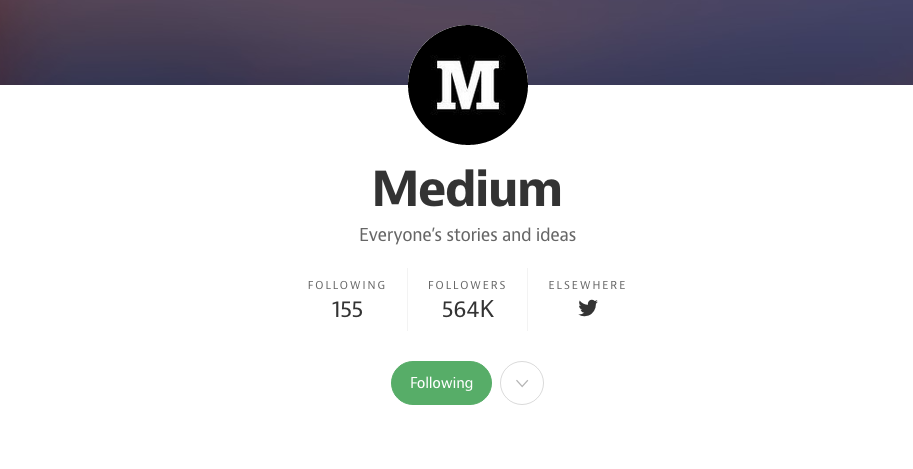 I joined Medium back in January.

Initially, I thought of it as an additional avenue to push original content and to repurpose Hipstercrite blog posts.

For the first six months, my articles got only a handful of eyes on them, which was ok since I enjoyed finding and reading diverse content on the platform. Despite having a fair amount of people following me thanks to Medium’s system of connecting individuals who are friends on other social media platforms, very few read my work. My first post had almost 100 recommendations, but ensuing posts only received a smattering of views.

In June, I republished my “Dear People Who Live in Fancy Tiny Houses” Hipstercrite blog post on Medium and it got less than ten recommendations in 30 days. The post died before ever being seen. Then one day, out of the blue, the Medium entry of “Dear People Who Live in Fancy Tiny Houses” took the f off like the Concorde. It got over 2,000,000 views in a couple of days and my social media and email inbox blew up. The post, which nobody had seen for almost a month, made it to #1 on Medium, and I received thousands of new connections.

Though my resulting Medium posts have not received anywhere near the same love, I continue to make helpful contacts.

Now, why the hell I’m telling you this?

What I’m trying to say is, if this jackass can do this, then you certainly can. If you’re a writer and you aren’t on Medium yet, this is why you should be, dammit:

1.) If you’re not into blogging, this is a killer substitute.
For me, my blog has become a sort of resume. I get job offers through and because of my blog, and I often send the URL to potential employers. EVERY FRIGGIN’ WRITER SHOULD HAVE A BLOG, but if you don’t want one, Medium is terrific alternative. First, it’s incredibly easy to use. It has a very simple, sleek layout that makes posting and formatting simple. Unlike blogging, which may require hitting a few more bells and whistles before posting, you can simply type something out and then hit ‘publish.’ Adding photos and formatting always helps, but it’s not necessary on Medium. Visually, your post doesn’t need to stand out; it’s the content that truly matters on Medium.

2.) If you are a blogger, this is an A-OK place to repurpose new and old content.
If you already have a blog, consider posting new or old blog posts on Medium. This is what I do, and it’s helped breathe new life into old work. As I mentioned earlier, my tiny houses article was a Hipstercrite blog post. Make sure to link to your blog at the bottom of the Medium post; because I did that with tiny houses article, I saw a huge surge of traffic on my blog, which translated into new followers and ad revenue.

3.) It’s a neat-o place to meet interesting people and make good contacts.
There are a lot of interesting, talented and influential folks that write or lurk on Medium. I’ve received several job offers through my Medium posts, and a handful of interview requests (the largest podcast in Africa interviewed me regarding my “Dear People Who Flip Off Cameras” post, which was a repurposed Hipstercrite post). Some of these requests were for the tiny houses article, but others were for less popular posts. You’ll also find interesting content by others on Medium and hopefully you’ll reach out and connect with them.

Though I sound like a spokesperson for Medium, not everything about the platform is sunshine and unicorns. First, it’s sometimes difficult to compete with the sea of tech-related articles on the site. Many startup folks use Medium, and their articles often rise to the top- not because they’re great writers, but because they offer tech tips. Second, your post gets more eyes on it by the people who share it, and how many followers that person has can make or break the post. If a large account like Medium recommends your post, then you’re pretty much golden.

Joining Medium was one of the best choices I could have made for my writing career. Not only has it boosted my social media following and afforded me job opportunities, I’ve learned so much from all the interesting content I’ve discovered on the platform. If you haven’t joined yet, DO IT.