I never would have imagined in a million years that I would become a Doctor Who fan, but here I am, sitting here like a friggin’ monkey banging on my phone, attempting to figure out how to  change my cellphone ringer to the TARDIS landing/taking off whoosh noise (update: I successfully figured it out AND added a Baker-era and Tennant-era theme ringtone as well- don’t ask me how I did, I have no idea) .

I’ll be honest- I’m a newbie fan. I recall reading about Doctor Who in the nerdy sci-fi magazines I purchased in the 90s  due to my love for The X-files, but I have little experience with the series from 1963-2005 and have only watched the the series pertaining to the Ninth and Tenth Doctors (Christopher Eccleston and David Tennant). And up until last week, I enjoyed Eccleston more than Tennant (which lead to a public shaming from many of my Doctor Who-loving friends). Now that I’ve completed the end of Tennant’s second season, I’ll admit that he appeals to my feminine senses. When Tennant plays it serious, he’s a brilliant actor, but when he’s manic, waaa-elllllll, he says “well” and other words that sound like Sean Connery on cocaine. I can’t understand what the hell he is saying when his Doctor ADD kicks in and the majority of the time his manic rants are when he’s divulging important information about a.) why the planet is ABOUT TO DIE!!! or b.) why he has some doohickey that he can use JUST THIS ONE TIME!!! to save everyone and everything. I end up feeling like my grandmother, turning to Geoff and shouting, “WHAT THE HELL DID HE JUST SAY?! WHY IS THE EARTH ABOUT TO BLOW UP AGAIN?!”

But to avoid another virtual shaming, I will just say that Tennant is cute and perfect and shiny and wonderful and delightful as the Doctor. Are you happy now?

I’ll probably be writing about Doctor Who as I dive more into this delightful world, but in the meantime I wanted to show you an amazing collection of Doctor Who dolls created by Austin-based artist and blogger Crafty is Cool.

Allison, the brains behind the incredible patterns on Crafty is Cool, was commissioned to create all eleven doctors and the TARDIS by a very loving wife of a Doctor Who fan (Allison’s blog post about the project can be found here). Allison has done incredible work and has won the praises of Conan O’Brien, Pee-Wee Herman and Jimmy Kimmel. Her work as been featured at the MOCA and her first book will be released at the end of the year (read more about her story here)!

If you’re a crafter, you can purchase the patterns for all eleven doctors and the TARDIS here.

How incredibly cool are these?

On a side note: Geoff has a Fourth Doctor scarf and plans on going as Tom Baker for Halloween and wants to recruit me and nine others to dress up as the other Doctors. If anyone is interested in creating an eleven-part Halloween ensemble with us, let me know! 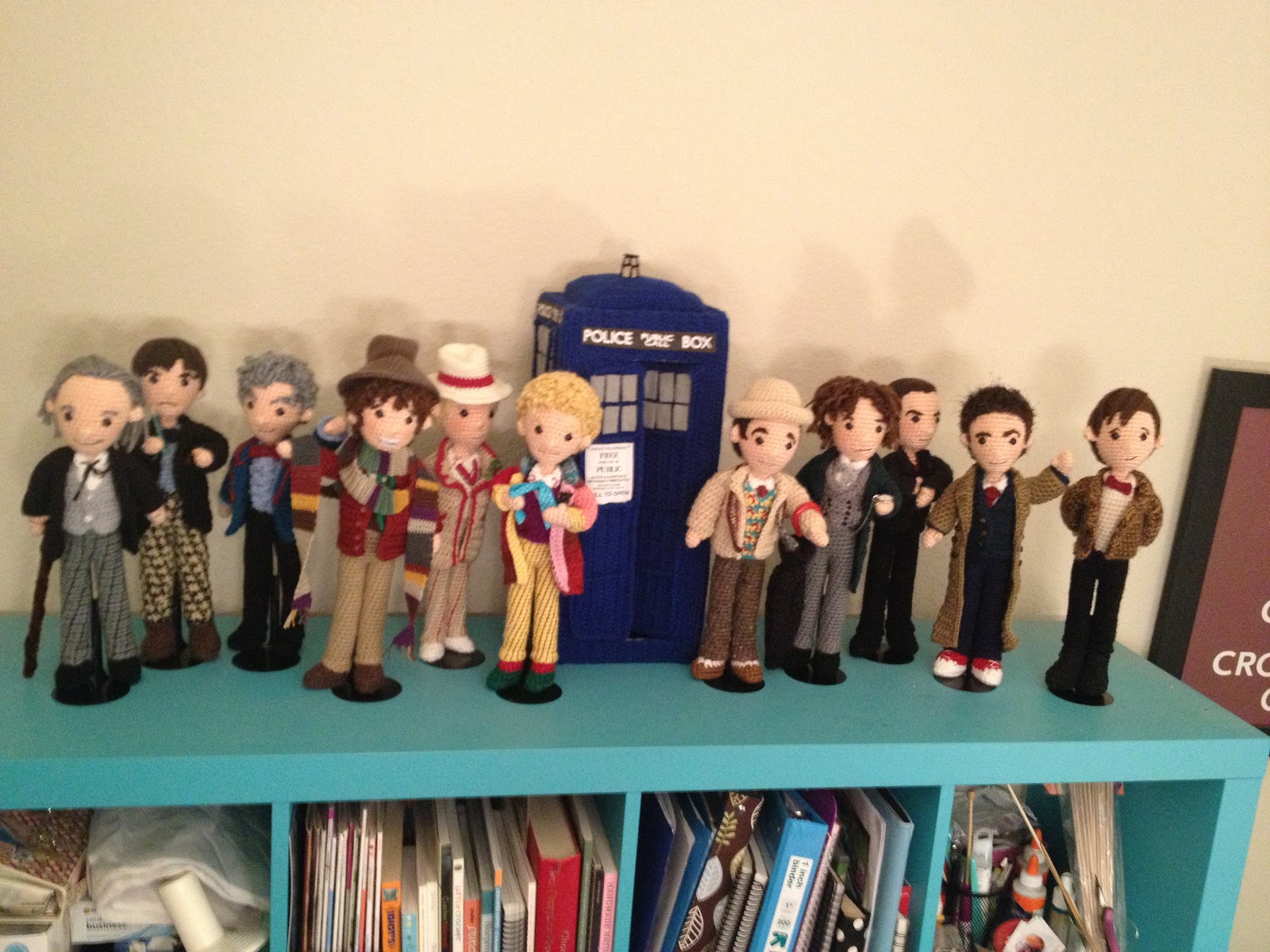 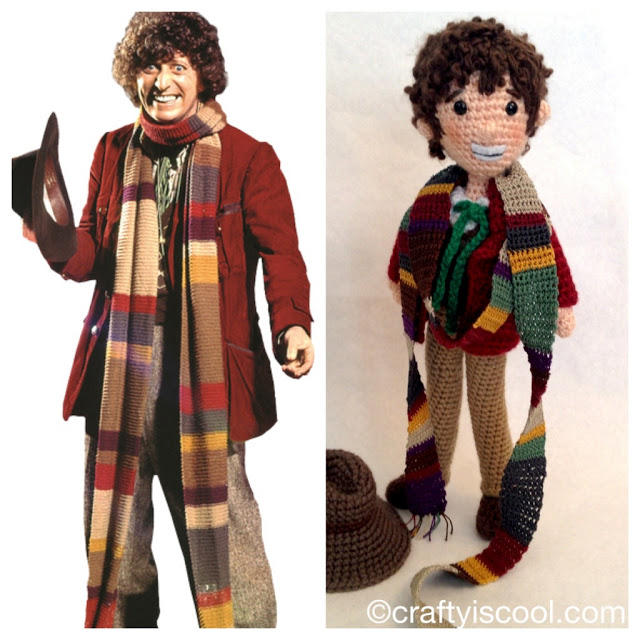 Happy We Work Too Damn Much Day!