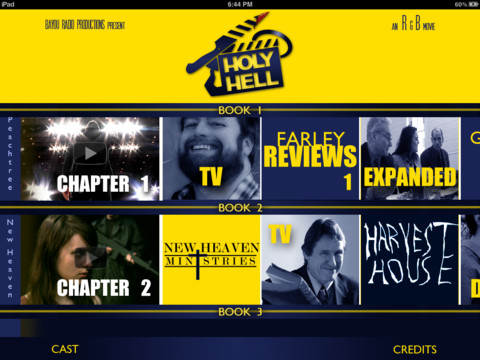 HOLY HELL tells the story of a small church on the verge of bankruptcy in a world of mega churches. Desperate for any idea, the congregation makes a horror movie in a last-­‐ditch effort for survival. But once they become the target of a politically-­‐active religious watchdog group, the small church gets more of a fight than they bargained for.