Geoff and I had a pumpkin carving party!

Everyone’s pumpkins looked awesome, except for mine. Mine looked like ass.

I was trying to make Frank Zappa pumpkin, but as my friend Don pointed out, it looked more like an abstract painting. I think it looked like an orange pile of shit.

I almost threw my pumpkin out in a fit of childish rage.

When it came time to light the pumpkins and bring them outside, I was embarrassed to add my pumpkin to the group. Geoff had this awesome Nick Cave pumpkin, Ludwig had a great Pee-Wee Herman pumpkin and Don had, well, a Don pumpkin.

I lit a tea light, plopped it inside of Frank’s head and begrudgingly carried my pumpkin outside. As I walked past my friends, theirs jaws dropped. Something magical had happened- the pumpkin actually looked like freakin’ Frank Zappa…or George Harrison, depending on who you are. The spirit of Frank had guided my hands to make his likeness out in a giant squash.

I spent the evening rejoicing by hitting repeat on Mick Smiley’s “Magic” for an hour.  If you don’t think you’re familiar with “Magic”, listen to it all the way through and wait for the part in the song when your brain and heart simultaneously explode from nostalgia overload. 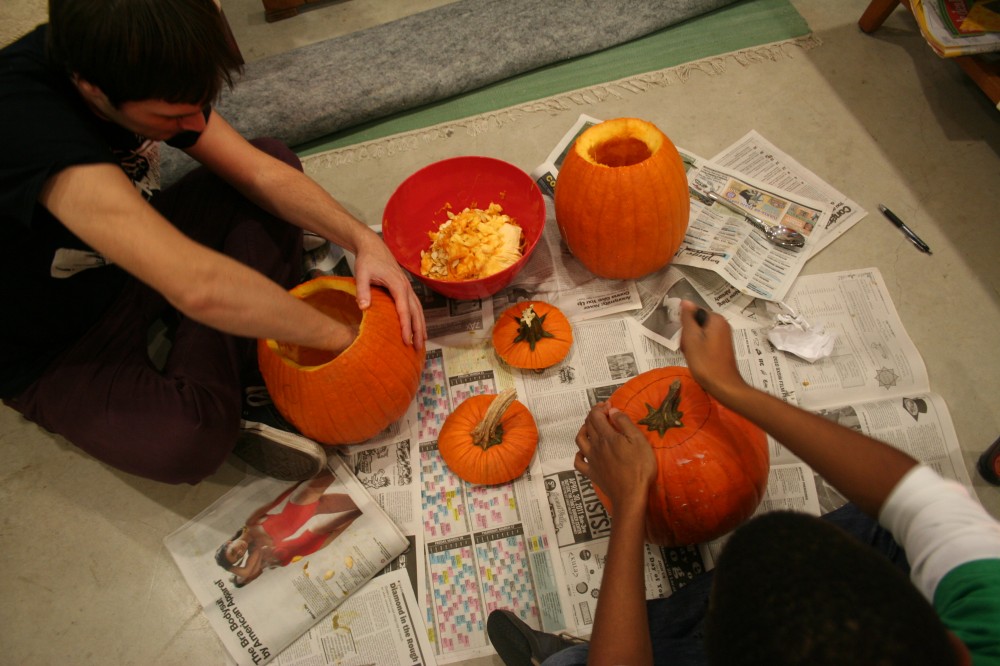 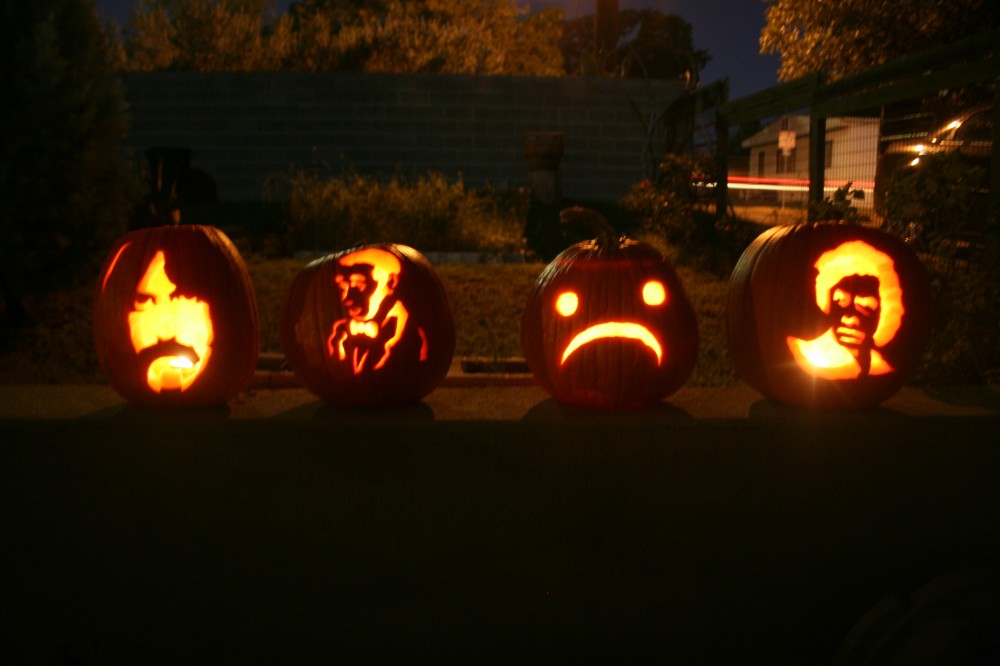 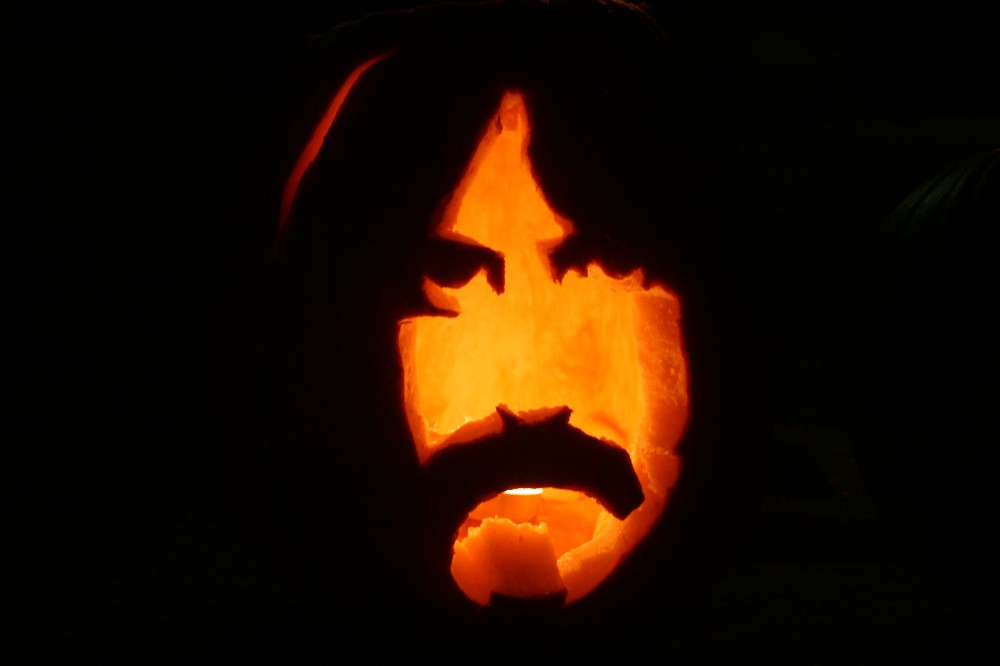