When I was a little girl, I spent a lot of time reading about celebrities. But not the ones plastered in the newsstand glossies. I liked the lesser known guys and gals, the supporting players, the B or C-listers. They were usually more interesting-looking or often stole the show from the main players. I wanted to know their back story. So when we first got the Internet, I spent hours reading IMDB. Then one day Wikipedia came along. I was in heaven! My Mom often said that if I spent as much time reading my school books as I did about Martin Short, I would have been valedictorian of my class. I guess I can pin all of my downfalls in life to Martin Short.

Even as a grown up, I still love reading about the underdogs. Here are some neat facts I’ve learned through the years about my favorite character actors. Some of these facts you may already know from reading past posts about my B-list movie star obsessions or maybe you’re just a smarty pants. Either way, I stay up on your favorite B-movie actors so you don’t have to. 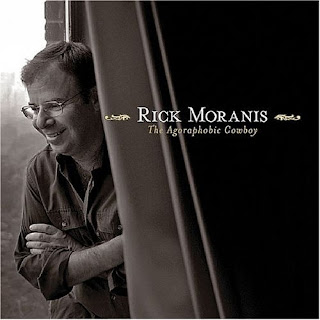 1.) Rick Moranis left show business to raise his kids as a single dad after the death of his wife. It’s true. All of you assholes who are like, “Hey, whatever happened to that little guy’s career?” can go fuck themselves. Rick Moranis stopped acting six years after the death of his wife so he could raise his kids. Then when his kids were grown he decided he didn’t want to get back in the biz. So he released a country album instead. 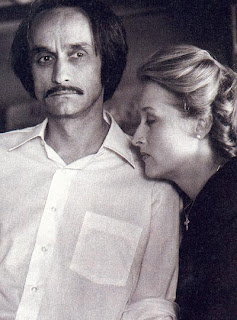 2.) John Cazale, the guy who played Fredo Corleone, was only in five movies before dying of cancer at the age of 42.  And to all of you assholes who are like, “Hey, whatever happened to that guy with the big forehead in The Godfather?” Well, you can go fuck yourself too because that guy died of cancer! Badly. Like spitting up blood and stuff. Cazale was even dying from it while shooting his last movie, The Deer Hunter, where he acted alongside his fiancee Meryl Streep who took care of him until he passed away. 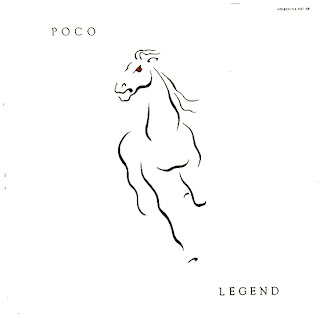 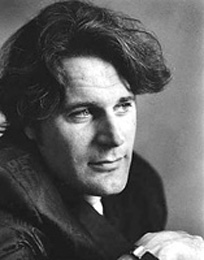 4.) Charles Rocket, star of Dumb and Dumber, It’s Pat, and SNL, killed himself by slitting his own throat in his backyard. A lot of people don’t know who Charles Rocket was. He was the sort of guy who had a long list of credits, you recognized is face, but you never learned his name. Well, fuck you too! Because that man slit his own throat! I’m not sure why he did it and unfortunately, because he wasn’t uber-famous, a lot hasn’t been written on the subject. I actually met him a few months prior to his suicide and he seemed like an awesome dude. Rocket’s resume boasts being part of the RISD crowd and subsequent East Village art scene in the late 70’s and Max Headroom and Moonlighting. 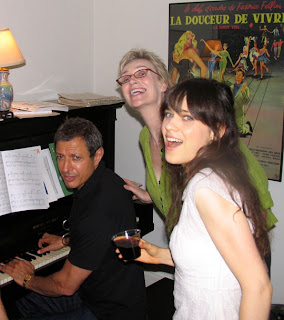 5.) Jeff Goldblum can often be spotted around clubs in LA playing piano. Jeff Goldblum looooves his piano. Almost as much as he loves cooter. Jeff Goldblum is a real down-to-Earth and approachable guy. He also likes touching things. A lot. So it comes as no surprise that he often plays piano in little holes in the wall in LA. Or Coachella. Sometimes his Buckaroo Bonzai co-star, Peter Weller, sits in and plays the trumpet. Sometimes Jeff Goldblum touches you. 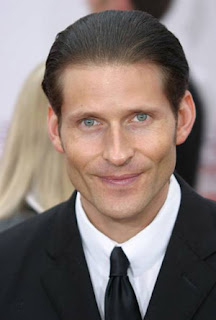 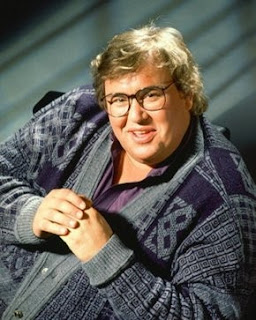 7.) John Candy was set to play Louis Tully in Ghostbusters. The original cast choices for the 1984 hit Ghostbusters was very different then what it turned out to be. Aykroyd and Ramis wrote the script with John Belushi in mind for Venkman, but he died before filming. Eddie Murphy was set to play Winston and Paul Reubens was considered for Gozer. John Candy was approached for the part as Louis Tully. Candy wanted to have Tully be a “German dude with lots of large dogs“. When the director and writers nixed the idea, Candy left the project. And then he died too.
Who is your favorite character actor?