I’m currently reading David Byrne’s Bicycle Diaries– a 30 year hodge-podge of his observations, diary entries, and blog posts about urbanization, gentrification and transportation taken from the perspective of a bicycle. Byrne often has a child-like approach to observing the world. Everything about us fascinates him. One can see this curiosity in his songs, “Once in a Lifetime“, “The Big Country“, “Neighborhood“, and “Strange Overtones“, or his 1986 cinematic love letter to Texas, True Stories. Though he’s by no means an expert on anything other than dancing like a mentally challenged person, I’ve always valued Byrne’s commentary. He looks for the deeper meaning behind the obvious and makes us think differently about how we view the mundane and the taken for granted.

In Bicycle Diaries, Byrne takes us on his adventures through major international cities such as Istanbul, Manila, Buenos Aires and American cities like San Francisco, New Orleans, and his current homestead New York City. He describes what works and doesn’t work about the city in relation to it’s inhabitants- Are citizens able to walk around their city? Are they able to bike around their city? Does the layout of the city create community or destroy it? He also broaches ideas of urban renewal, adaptive reuse, and green technology- What cities are doing it right? (New Orleans) And what cities are still stuck in the Stone Age? (Baltimore)

A particular passage struck me in my reading yesterday. In a section called “Gentrification” in the Buenos Aires chapter, Byrne compares the city with New York. Extreme gentrification has pushed the artists and creative types away from the epicenter of the city, creating a harder challenge for “any kind of scene or movement to gain traction” (Brooklyn?) However, he then goes on to explain how he does not like the rundown neighborhoods that artists then flock to:

“I have no romantic feelings for rundown neighborhoods where crack vials litter the pavement and the plumbing barely works. Granted, those neighborhoods typically offer cheap housing and a tolerance for noise and eccentricity, but to confuse the availability of space with the unfortunate circumstances that often make those spaces cheap is, well they don’t need to go hand in hand.”

This statement seem very anti-David Byrne to me considering Talking Heads got their start in 1970’s East Village, but the man is 59 now and I’m sure he’s mellowed with age. Becoming an adult, a parent, and a millionaire often dictates the want to live in a safer community.

Reading that above statement made me think of my own penchant for choosing to live in the semi-gentrified, the semi-crime riddled, or the semi-rundown parts of cities. How I always thought that the areas with the abandoned warehouses, the raw loft spaces, the graffiti, and the concrete paradises were the only place to be. That the only people I could get along with were smattered throughout this mosaic. I’ve sadly realized that now that I’m getting older, I’m not quite sure I have the stomach for it anymore.

When I lived in Los Angeles, I wanted to live in the sketchiest part of town. My family and friends thought I was crazy, but I felt that the only place I could find culture, history, and art was in these places. I rented a unconverted loft in the industrial district of Downtown Los Angeles where the window wouldn’t shut and mutant mosquitoes from the neighboring waste plant would gift me with giant welts all over my body. Where I’d listen to rats run alongside my bed. Where I had no hot water, no working kitchen, and cockroaches that liked to skydive onto my face while sleeping. This situation eventually took it’s toll on me and I moved to the slightly better Koreatown area. There I had a real apartment in a 1930’s brick building. Here I would listen to homeless people violently threaten one another outside my window. Shootings were not unheard and being one of the few young single ladies in the building, I was often harassed. Thinking back, none of my time in Downtown LA or Koreatown made me uncomfortable or scared. It was exciting and I was invincible. I felt that it gave me street cred, that I was one tough cookie, and maybe I thought deep down living in this sort of landscape would uncover some hidden secrets about the city and me.

I currently live in the socioeconomically diverse East Austin. Austin falls in the #203 spot of city crime rankings in America. The Eastside, along with Downtown and Campus area, experience the heaviest crime- though it’s typically petty crime such as bicycle theft, property theft, and car break-ins. Violence and murder are very atypical and happen once in a blue moon. Living on the Eastside is generally safe if you don’t mind putting up with the occasional panhandler or car break-in. I’ve experienced two car break-ins, one house break-in while no one was there, and one potential house break-in. All were crimes done out of convenience. It may be because I’m turning 28 this weekend, but much like David Byrne, I no longer have a romanticism for this sort of ambiance. Stepping over used condoms, syringes, and trash ceases to tickle my fancy. Do I want to trade in the diversity and character of an area like East Austin for the comfort and safety of Suburbia? It doesn’t seem to be in my nature, but I do wonder if there can ever be marriage of the two?

Gentrification is an interesting subject. A paradoxical dilemma that many are not sure what side of the coin they fall on. You can tell me that I’ve made my bed and have to lie in it if I chose to live in a neighborhood that wasn’t mine to begin with, but should the long-term inhabitants have to experience such danger as well? Graffiti and poster art screaming “Gentrification Hurts” and “Go Home Hipsters!” can be found sprinkled through the Eastside. I tend to agree that when gentrification begins, it spreads fast. Old homes and businesses are bulldozed down to accommodate new condos and storefronts. The developers come in with seeming disregard for the families who have made the area their home. They try to whitewash whole neighborhoods looking for a quick buck. The Eastside went from a handful of bars, restaurants, and stores to a new business popping up at every turn. Luckily most of the spaces snapped up my proprietors have been abandoned buildings or lots reconverted.

Gentrification is inevitable. Relocating from places to place to place is what we have been doing since the beginning of Mankind. What I am against is alienating neighbors and creating resentment and unease. Am I idealistic in thinking that you can take a more impoverished part of a city and make it livable for all walks of life? That we don’t have to push others out by raising the cost of rent, property tax, and goods? Could we build more mixed-income housing, community centers, and transportation systems to connect everyone? Could we clean up streets, add beautification, and outreach services? And though East Austin is attempting all of these things, how do we know if we’re trying hard enough? Or is it out of our hands?

What do you think of gentrification? 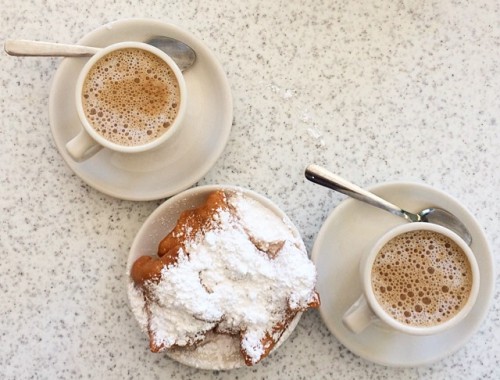