Valentine’s Day is fast approaching, which means who gives a shit?

It’s a day for grade-schoolers who are clueless about heartbreak and disappointment and women who send flowers to themselves. For people to buy bottom shelf chocolate for their significant others that will get half eaten and for men to coerce their ladies into having sex with them for the first time in months.

This time of year the TV and radio is littered with cheesy rom-coms and sappy love songs. I dig the cheese fest just as much as the rest of you all, but sometimes it gets old. There really is only so much alone time you can spend with a Marvin Gaye tune, a bottle of wine, a photo of Ryan Gosling above your bed, and a lot of concentration. Not everyone has a significant other on Valentine’s Day. Some people just got dumped. Some people are going through a divorce. Some people are with a partner they resent and despise. Where is their holiday, huh?

So in honor of anti-Valentine’s Day, I’d like to list my top 4 favorite songs about messed up relationships and break-ups.

Because there should be a day to celebrate these kind of things too. 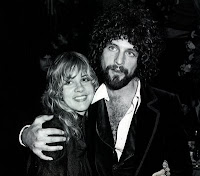 1.) Go Your Own Way– Fleetwood Mac

Duh. Of course Fleetwood Mac would be number one. Every God forsaken song is about their messed up incestuous familial unit. It’s hard to pick just one song because there are like ten million songs of them all whining and bitching about each other. Christine divorced John, Stevie left Lindsey, Stevie slept with Mick, Lindsey pouted a lot and made weird, retarded dance moves while playing the guitar. To every Stevie’s “I’m going to refer to you as a metaphorical crystal!” song, Lindsey wrote a, “I hate you, farm animal- sounding devil woman!” guttural equivalent. There is no better example of Lindsey’s wrath than the classic hit Go Your Own Way– Lindsey’s big ol’ “f you” to his former flame.

Stevie dumped Lindsey during the making of Rumours due to Lindsey having his big ol’ white-man fro shoved so far up his ass. He was really taken aback by the dump, which is strange considering EVERY SONG ON THE PRIOR ALBUM FLEETWOOD MAC WAS ABOUT STEVIE’S UNHAPPINESS IN THE RELATIONSHIP. Lindsey was so hurt and pissed by Stevie’s gall, that he wrote the most blatantly childish and emotionally bipolar I Hate You!/No, I Love You! songs of the 1970’s. Go Your Own Way is about as psycho has a twenty-one year old girl with daddy issues. In the song, Lindsey runs the emotional gamut from questioning– “How can I ever change things that I feel?”- to generosity– “I’d give you my world”- to anger– “Go your own way!”- to accusatory– “Shacking up is all you wanna do”- to optimism– “Everything is waiting for you”. It’s obvious Lindsey didn’t know what he was thinking or feeling. If his aim was to piss Stevie off, then he succeeded. Stevie is quoted as saying that she wanted to walk over and strangle him onstage every time the line, “Shacking up is all you wanna do” came out of his mouth.

Lindsey and Stevie’s drama was bad for them, but great for us. Their twisted little soap opera ran for decades- long after the pair split up- with an estimated 30 songs written about each other. Sadly, the drama has quieted in their old age. Lindsey finally settled down and had kids, Stevie lives alone and collects Yorkies and dream catchers.

“Go Your Own Way” by Fleetwood Mac 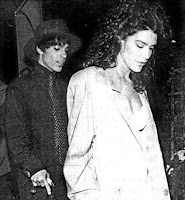 2.) Nothing Compares 2 U– Prince
(unconfirmed)

Long before Ol’ Baldy made this Prince song a household hit, the Purple Midget wrote the sentimental break-up song for the singer the song was about. Prince loved his cooter, especially cooter he could mold into his musical “proteges” (i.e. Prince Play-Doh). The particular cooter this song is about came in the identical form of his lesbian Revolution bandmate Wendy Melvoin. Except the twin, Susannah, was straight and obviously fell under Prince’s pubey magic.

Susannah was just a wee thing when Prince proposed to her and made her join his Jim Jones’-esque band experiment, The Family. The story is, chicken couldn’t keep his nugget in his pants and finally Susannah wised up and dumped his small, but firm ass. Prince wrote Nothing Compares 2 U and a number of other sappy love songs about Susannah such as The Beautiful Ones, Adore, and If I Was Your Girlfriend. Prince wasn’t hurting for long though, he went on to date and marry a bevy of other beautiful and significantly taller women than he. As sweet and romantic as the Nothing Compares 2 U is, the truth is the original recording by The Family sucks ass. It’s downright terrible. Like many of Prince’s musical experiments, they all seem awkward and fearful of Prince’s overbearing gaze from behind the recording booth glass.

“Nothing Compares 2 U”- The Family 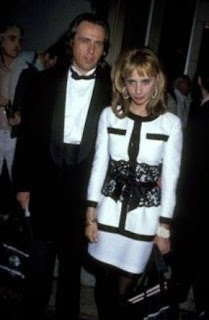 3.) In Your Eyes– Peter Gabriel

When the raspy and smoky vocals of Peter Gabriel’s In Your Eyes comes on the stereo, one instantly thinks of a stoic John Cusack, standing legs apart holding a boom box above his head and wearing one of the most dreadful fashion ensembles of the 1980’s. However, the story behind this song actually entails another actor, one that Peter Gabriel bonked. After leaving his wife, Peter Gabriel scooped up the inspiration to Toto’s Rosanna and made her his own.

Peter Gabriel and Rosanna Arquette Say Anything made me squirmy about love. Neither song or movie made love look or sound enjoyable. Lloyd Dobbler got a pen and his heart stomped on. Peter Gabriel felt like “running away” and “driving off in his car”. Lloyd Dobbler had to stand outside at dusk holding a really heavy object over his head, though I’m sure his arms were tired. Peter Gabriel had to “work so hard for the survival” of he and Rosanna’s relationship. Shit, Gabriel even saw the doorway to a 1,000 churches because of Rosanna. That sounds terrifying. ABSOLUTELY TERRIFYING. No wonder it didn’t work out. If dating an Arquette is like being overwhelmed with God’s real estate, then count me out.

“In Your Eyes”- Peter Gabriel 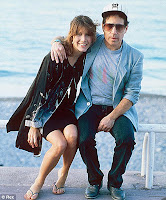 Paul Simon is quite possibly one of the best lyricists that ever lived. I hate poetry but there is something about the honesty and imagery of Simon’s lyrics that I just love. He is such a good songwriter that he was even able to romanticise the craziness of his former wife, Carrie Fisher. Simon and Fisher dated from 1977 to 1983. Somewhere in  that time Fisher was engaged to Dan Aykroyd for shits and giggles. Fisher and Simon broke up for good in 1983, only to get married later that year. They divorced in 1984 and then started dated again. Phew! It’s clear that these two couldn’t keep their hands off of each other. It’s hard to imagine Fisher’s cocaine-loving bi-polar ways mixed with Simon’s sedated demeanor, but obviously something clicked and then unclicked and then clicked.

The song starts with the words “One and one-half wandering Jews”, so you know right there that story is about to get good. Have any percentage of Jewishness in a relationship and things get exciting. Simon goes on to explain the “arc of their love affair” as the two get married and head down to Mexico only to question how much damage they’ve done to one another. Simon also wrote the songs, Graceland, Allergies, and She Moves On about his fairy tale with Princess Leia. Simon has since moved on to marry Edie Brickell and have a butt load of children, while Fisher went on to have a kid with a closeted gay dude, gain a lot of weight, become dependent on drugs, battle bipolar disorder, and write successful books and plays about her f’ed up life.