Say that money wasn’t an issue this holiday season. Say you could buy your loved one anything they wanted- like Vincent Gallo’s sperm or va-jay-jay perfume. What would you buy them?? If you’re loaded with moola and have no shame in spending flagrant amounts of money for no reason, here is your must-have holiday gift list below! 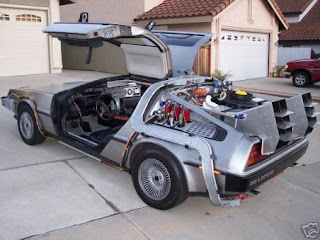 1.) Delorean Time Machine Conversion $23,999– I don’t even think this price includes the car. It costs $24,000 simply to have two nerds adhere some plastic tubes and a non-working flux capacitor to your Delorean. For that much money, they better include Marty McFly, George McFly, and Doc Brown blow-up dolls so I can finally live-out my…never mind. 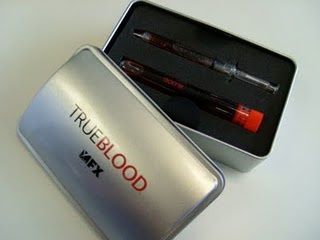 2.) True Blood Vampire Survival Kit $699- For almost $700 you will receive: (1) Condom, (1) Lollipop, (1) Vial of fake blood and syringe, and (1) Thing of “Vamp-Aids”. With the impending take-over of vampires in the near future, this purchase seems like a sound investment to me. This underwear worn by Alexander Skarsgard comes in a close second for survival needs though. 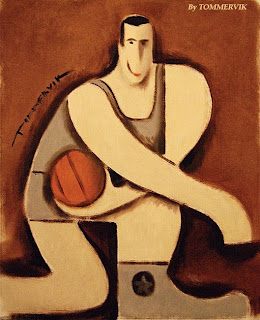 3.) Pee Wee Herman Playing Basketball Abstract Painting $1,200– This dude really loves Pee-Wee Herman. Enough to make eight abstract paintings on him. The above painting is my favorite. Now we can finally see what Pee-Wee Herman looks like if he were tall and had monster thigh muscles. 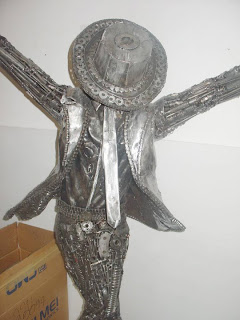 4.) Michael Jackson Life Size Recycled Metal Robot Statue $21,000,000- I have very little to say about this other than that the person selling this must have inhaled too much of the chemicals used in making it. One could probably buy Neverland Ranch for the same price. 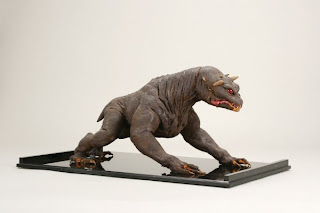 5.) Stop-Motion Gozar Dog from Ghostbusters $8,000- During a party, hide one of these in your closet and at an appropriate time, say, “Ok, who brought the dog?” When the dog doesn’t jump out of the closet like it should, go in there and push it out and see how everyone reacts. At that point, everyone will applaud your ridiculous purchase and then go back to eating their cheese and crackers. 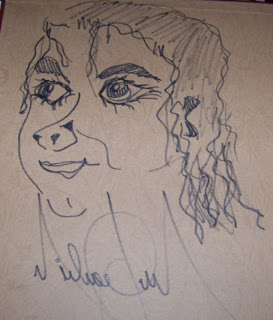 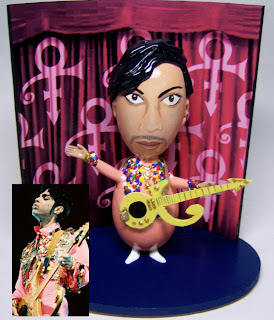 7.) Prince Egg Art $45- a steal!– This artist is actually pretty good. He has the look and the stature of Prince down pat. 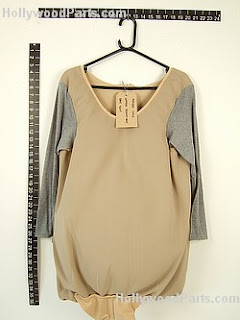 8.) Bill Murray Fat Suit $499.99- Instead of physically putting on extra pounds this holiday season, why don’t you put on fake fat that actually touched Bill Murray’s fat? You can finally feel close to your favorite curmudgeon.