My Response to "My Son is Gay" 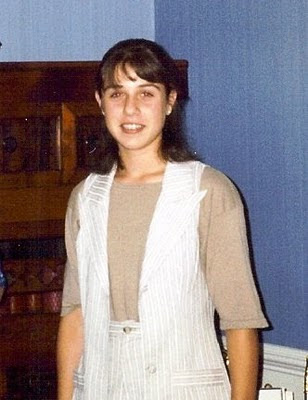 A blog post about a kick-ass momma defending her 5 year-old’s desire to dress as a woman for Halloween took the Internet by storm yesterday. The story- written by a mother of three who goes by the moniker Nerdy Apple Bottom– got picked up by CNN, Gawker, The Guardian, and The Advocate and now has over 20,000 comments. Her story is simple and concise, but managed to create a stir between readers who related and those who did not. In short, the mother vents her anger towards other mothers at her son’s church preschool who questioned why she let him dress as Daphne from Scooby Doo for Halloween. It is difficult for me to imagine that anyone would disagree with the mother’s support of her son. To tell a child “no” due to your own insecurities about gender roles and sexuality just seems like bad parenting to me.

The mother’s story really hit home for me because I was made fun of for wearing men’s clothing as a kid.

When I was in junior high I came to school dressed in suits. Sometimes I wore wigs. I liked ties. Vests. Suspenders. Sometimes I dressed as Groucho Marx. I would burn a cork and paint a giant mustache above my mouth. Or draw giant eyebrows to make myself Rod Serling. I loved Elton John. I bought sequined clothing and eye wear to look like him. My best friend loved RuPaul and he and I would shoot videos of us singing “Don’t Go Breaking My Heart”. It’s fair to say that I was an eccentric child. My mother encouraged it. She never once questioned me. In fact, she loved to see what new character or outfit I would put together.

I come from a small town in Upstate New York which was both good and bad. Good in that the community was tight-knit, people generally knew and stood by each other. Bad in that it was closed-minded in the way that only a small town can be. Once my peers and I started entering puberty, the behavior that I displayed became chastised and ridiculed. I got called “gay” and “dyke”- which my 13 year-old mind processed as something that must be bad. I was just airlifted and dropped onto the hormonal roller coaster of my teenage years and the suggestion that I liked women terrified me. I became self-conscious and started wearing what normal girls wore- t-shirts and skirts and denim jackets from The Gap.

I luckily exited high school completely unscathed except for maybe a tiny chip that still sits on my shoulder. I went to a liberal college in a liberal town (Ithaca, New York) where I met boys who dressed as girls, girls who dressed as boys and everything in between. The best part of it all was everyone supported each other! I went on to move to the second largest city in United States (Los Angeles) then to one of the most open-minded (Austin). I feel extraordinarily lucky to have encountered and made friends with people of all walks of life in both of those cities. People who are proud to be whomever they are. I only wish I grew up in a town like Austin when I was a kid.

I used to work for a man whose sexuality often came into question. When people would ask me if he was gay, I always responded with, “Who gives a flying fuck?” It’s hard for me to recall the fearful 13 year-old who was scared of what people thought. Hell, as many of you know, I wore chest hair for Halloween this year and I kind of liked it. I don’t give a shit if you think I’m gay, bi, straight, or queer. I am me and I am proud of the person I am.

It would be idealistic to assume that everyone on the planet will one day accept each other for who they are. That ain’t ever going to happen. Insecurities and fear due to bad parenting, religion, and societal norms will keep on developing generation after generation. The best we can do is take all of that negative and make it into something positive: So, I want to thank the people who made fun of me as a kid. I strive to always keep evolving and not be pigeonholed because of you. However, more importantly, I want to thank my mother who always told me never to let anyone make me feel bad about myself. I wouldn’t be who I am today with out you. Fake chest hair and all. 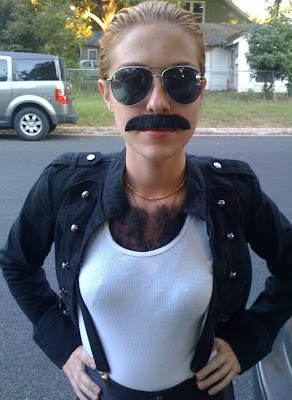