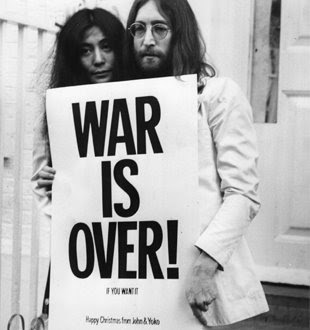 Last year, in a weak effort to impose validity on my life (but not in an attempt to rectify my sins), I decided that my future no longer included working in the film business, but rather growing out my armpit hair and slinging it in the non-profit sector.
I got about four days into the armpit rebellion and only two months into the job.
A great lesson was learned during this time- don’t pick just any cause to support, pick a cause you’re willing to make an ass of yourself for (oh, and you smell when you don’t shave your pits).
The organization I worked for is a radical anti-war organization with followers across the globe. Though I learned many valuable lessons and met pizazzy characters along the way, protesting the war was not the sort of thing that gave me an ethical boner when I woke up in the morning.
I was not in favor of the war in Iraq, but I quickly discovered that marching in front of the White House doesn’t hold the same power as it did in 1968. Being able to see a physical difference in my actions is more important to me. My heart lies in more one-on-one, totally unhip causes typically involving underprivileged/displaced children, the well-being of senior citizens, or Pee-Wee Herman.
Here is an example of the organization’s, well meaning, but ultimately intangible efforts:
Stolen from the non-partisan Improv Everywhere, we tried committing a “freeze-in” on the Santa Monica Promenade. A freeze-in involves a group of people standing still for a long period of time in a public place. At the end of our particular freeze-in, we were to shout, “Stop the War in Iraq!”. Freeze-in’s are meant to garner attention, however, ours ended up being as flaccid as dudebro’s penis after a night on Bourbon Street.
Thirty protesters dressed in neon outfits + Hundreds of unassuming pedestrians + Fifty to sixty homeless people who already remain motionless for long periods of time then shout random things + A four block open mall + Unsynchronized watches = The largest blue ball of a protest in the history of the world.
In Los Angeles, standing still and shouting things does not garner attention. Hell, we could collectively started dry humping the store fronts and nobody would have noticed.
Another thing I realized while working in the non-profit sector is that, some people will hate you for voicing your opinion, especially if you’re a woman. It doesn’t matter what comes out of your mouth, just as long as it comes out of your mouth and loudly, it’s justification for death and removal of your ovaries. Quite possibly one of the most humbling experiences of my still young life- fielding phone calls after our organization made a very public stink at the RNC. Answering the phone and having someone shout, “I hope you die, cunt” can be quite sobering.
I commend all the women of the world who voice their opinion amongst adversity.
Next time around, I’m joining the Church of Stop Shopping. Singing gospel songs about the evils of mass marketing, large corporations, and indulgent consumerism is way more up my alley than standing frozen.
March 2, 2010 by hipstercrite