When somebody begins a sentence with, “I had the craziest dream last night…”, I typically have to grab hold of the nearest stationary object in order to prevent myself from briskly and purposely standing up and walking away. It takes every iota of strength for me to muster a smile and pretend to act interested in the impending story. Most of the time, I end up looking like a constipated child as I stand there, trying to ignore the rumble of anxiety that is boiling inside of me. Inside I scream , “Dear Lord, please don’t let me sit through another one of these!”, but instead, I grit and bear it and try to remember my mother’s suggestion that it’s not about me all the time, that other people have a right to talk as well.
However, I feel that even the best storyteller can not make a dream story interesting. Michael, the German, who has stories about taking a dump on the NYC subway platform during the middle of the work day and microwaving a dead cat, wouldn’t be able to make a dream story intriguing. 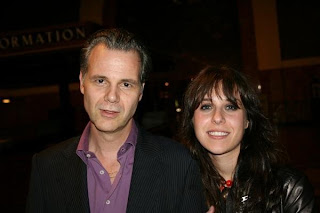 It’s because dreams are not real, and any exciting or magical event that happens in a dream is simply one giant blue ball for the listener.
“…So then I fought off the ninja with this curtain rod, right? And I spear it through his chest and rip out his heart and fling it against the wall and….”
Lauren walks into the room, mouth agape.
“Holy shit! You killed a ninja last week? Your Mom is going to be pissed that you used her curtain rod to sacrifice someone.”
“No, Lauren, I was just telling Ricardo about my dream last night.”
“Fuck you and your dreams!”
With all this being said, I want to share with you the most common reoccurring dream that I have. It involves dinosaurs. When it doesn’t involve dinosaurs, it involves the aliens from Independence Day. My only assumption is that the films I watched when entering puberty somehow burned a permanent scar onto my psyche.
Or maybe it has something to do with The Blum.
Maybe all the films I saw as a prepubescent that starred Jeff Goldlbum left an imprint on my soul? Maybe the dinosaurs and aliens represent his sheer girth of his manliness my 13 year-old gawky body could not handle. If snakes in dreams represent penises, then what do gigantic Tyrannosaurus Rex *individuals represent??? 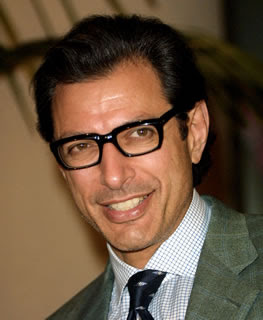