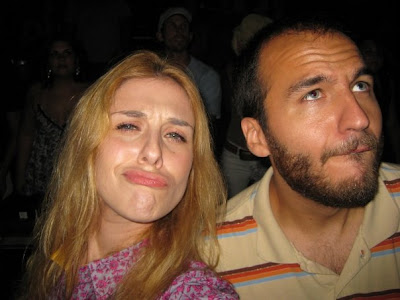 I didn’t care very much either way for Michael Jackson growing up.
Wait, I take that back.
When I was eight years old I was OBSESSED with the song, “Black or White”.
My primary colored cassette player for toddlers broke after playing the single for two months straight. I also would be lying if I didn’t say that when “HIStory” came out, my best friend Angela and I would preform our own interpretive dance to “Earth Song” in front of (my still favorite) VHS camcorder.  Like every adult in 1979, my parents owned “Off the Wall” and like every child of the 80’s, I remember being told that “Thriller” was the coolest thing I’ll ever see in my lifetime. When the pedophilia allegations occurred in the early 90’s and early 2000’s, I rolled my eyes and let out a joke or two like everyone else. Other than that, I didn’t think about Michael Jackson much. I was never proactive in putting an MJ song on, but if I came across one, I wouldn’t turn it off.
With all that being said, I have had THE MOST UNBELIEVABLE NEED to dance to Michael Jackson these past six days. I can’t even sit in my chair. All I’ve wanted to do is sing and shake my extraodinarily white ass to every MJ beat.
And this is why I HAD to go to the Michael Jackson sing-along at the Alamo Drafthouse the night after MJ died. Something compelled me. I couldn’t tell you what it was. I knew that the combination of the audio and visual of the man on the big screen and a crowd full of people who also had the unexplained compulsion to dance would be something close to transcendent.
It was.
As I stood there butchering and maiming every “Thriller” move with a shit-eating grin on my face, I thought, “If only when we all die, the entire world got up and dance.” I looked out to the crowd and saw that everyone else had the same look on their face.
What a legacy… 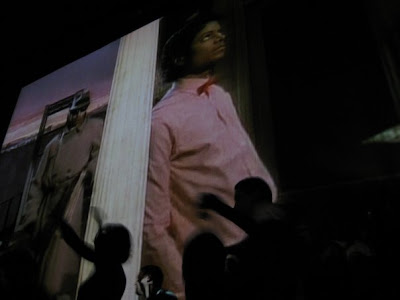