So, you’re thinking of moving to Austin, right?

Welcome to the club.

It’s estimated that 115 people move to Austin each day, with the majority of non-Texans moving in from California– LA area, to be exact.

You’re probably moving to Austin to leave behind the rat race of LA or NYC, looking to calm your head and to search for a simpler life that still offers opportunity and cultural diversity.

You never could have imagined moving to Texas with its cowboy boot-wearing conservative leaders and 1950s ideology on women and minorities, but here you are, desperately wanting to move to the capital city of the Lone Star State. Years ago your friends would have laughed at you, but now they ask if they can join along for the ride.

Maybe you’ve visited Austin before during one of its major festivals like SXSW or ACL, or maybe you’ve never been. Maybe you’ve been reading all about this wonderous land from the plethora of top ten lists it’s featured in.

At this very second, you’re END_OF_DOCUMENT_TOKEN_TO_BE_REPLACED 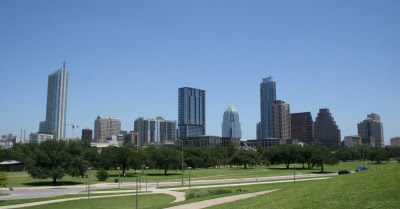 I’ve been on Pinterest for a few months now. I rarely used it and it had about as much appeal to me as covering my entire body in Nair.

With it’s broadening popularity and user presence, I began noticing that people are doing some pretty creative stuff on it.

Austin ad agency GSD&M’s “SXSW Survival Guide” is a great example of how Pinterest can be so much more than just a bunch of photos of shoes or houses you’ll never be able to afford.

Inspired by this project and trying to find the best avenue for a relocation guide to Austin, I created a series of boards with popular neighborhoods in our city, neighborhoods people would want to move to. I included business, homes, the cost of living, museums etc. Often I get emails or comments from folks telling me that they’re thinking about moving here and I thought having a visual on Pinterest would be a perfect answer!