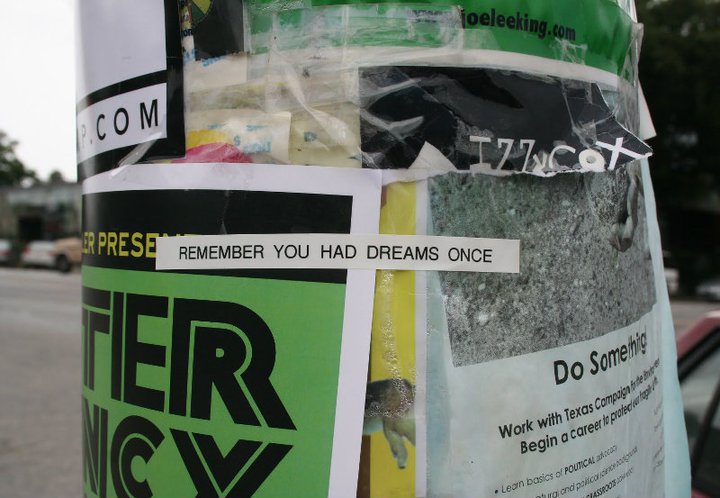 This need to check rain clouds at the gate coincides with my own personal progression of keeping my emotions to myself. This isn’t due to any particular person or experience in my life scaring me into not sharing my thoughts (though I have a grandmother who stifles her emotions to the point where they manifest into random outbursts of directionless anger and a former, life-changing boss who often told me I acted too much “like a girl” and that I should stop it), but by the fact that I became sick of hearing myself whine, lament, sob and complain as an early twenty-something and have become increasingly annoyed by others who do the same thing (mostly the whining part). This act of personal defiance is not necessarily END_OF_DOCUMENT_TOKEN_TO_BE_REPLACED