Realizing that Hollywood was only marginally full of masters of art and creativity was one of my biggest heartbreaks as I entered adulthood. Instead of being immersed in the excitement and magic of cinema, I worked with producers, agents and lawyers — three types of common players in Hollywood who are often angry, greedy and downright skeevy. My love for film — and my sanity — was on life support, and after five years of living and dying in LA, I decided to pull the plug.

That’s how I ended up in Austin.

And my first two beacons of hope were Vulcan Video and I Luv Video.

It had been many, many years since I stepped foot in a video rental store, a place that was of great comfort in my youth. Walking through the aisles of both I Luv and Vulcan was the ultimate nostalgia trip, as I recalled the box art of so many films, some I still haven’t seen but will forever remember their covers.

For the first three years I lived in Austin, I was a regular renter at both businesses. When I met my boyfriend, a filmmaker and film professor at UT, we became patrons of only Vulcan Video, partly due to convience and partly because we were friends with several employees who also happened to work in film. We looked forward to renting at Vulcan, not just because we knew we could indulge in our whims of revisiting Penelope Spheeris’ Dudes or Jonathan Wacks’ Powwow Highway at any time of day, but we also enjoyed talking shop with our friends behind the counter. We could easily kill 30 minutes in the store, just talking about our favorite semi-obscure films and what pokers we all had in the fire.

To say that Vulcan Video holds a special place in my heart, and the hearts of so many film-loving Austinites, is an understatement. It pains me to think of a world without Vulcan Video and that’s why I’m asking you to donate to their GoFundMe to help stay afloat for at least the next 15 months.

If you love film, please support one of the last video rental stores in America. 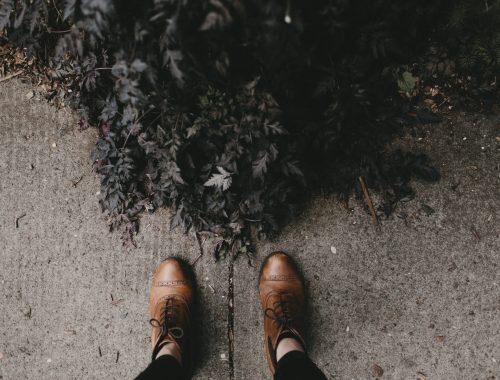