I have a secret to share: I didn’t try Mexican food until I was in my 20s.

It’s not because I didn’t want to. I’m an adventurous eater and will try anything. I was born in a small town in Upstate New York which, for a long time, was about as ethnically diverse as Yanni concert. I grew up eating the food of first and second generation Italians and Greeks. We didn’t have options like Thai, Indian, Mexican or Ethiopian. My small hometown JUST got their first Mexican restaurant a few years ago and the majority of people who have never left said town are afraid to go in there out of fear that their taste buds will explode from tasting spice for the first time in their lives.

Even when living in Los Angeles, I didn’t eat Mexican food often. Unlike Austin, Mexican food is not as commonly celebrated in LA. It wasn’t on my radar because I was sidetracked by the exorbitant amount of sushi restaurants that city has.

When I moved to Austin, everything changed. As compared to Los Angeles, I feel that Mexican culture and history is appreciated more. There is more integration here, where in LA, everyone is segregated, even from their own feelings and morals. In Austin you have no option but to eat Mexican food at the minimum of four to five times a week. I quickly learned that trying to hunt down a bagel for breakfast was a moot quest. Breakfast tacos should be the official state flower of Texas.

Mexican food rules in Austin and the taco has become a symbol of hope, dreams and pride…and many drunken nights wandering down 6th Street pretending that you are Mario or Luigi and you must battle evil mushrooms and turtles.

Below is a compilation of some of the best taco tattoos on the web. I wouldn’t be surprised if these tattoos all belonged to Austinites.

Which one do you think is the best? 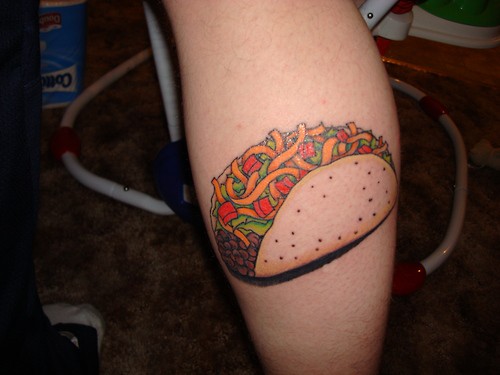 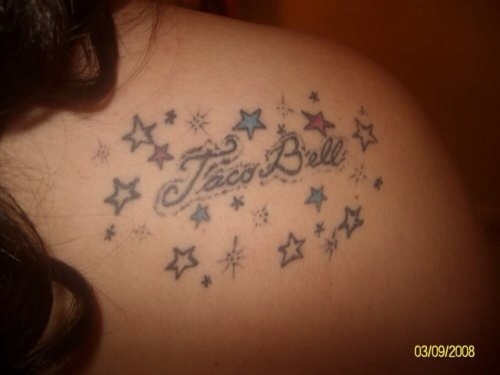 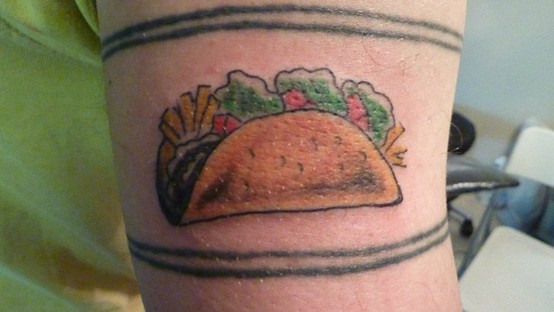 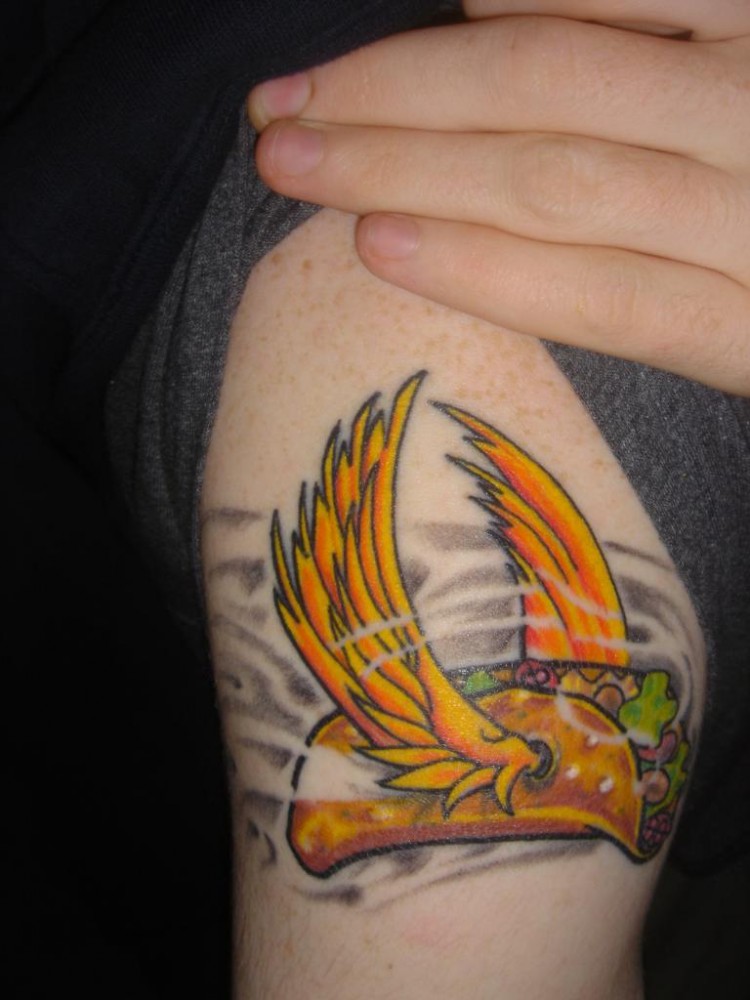 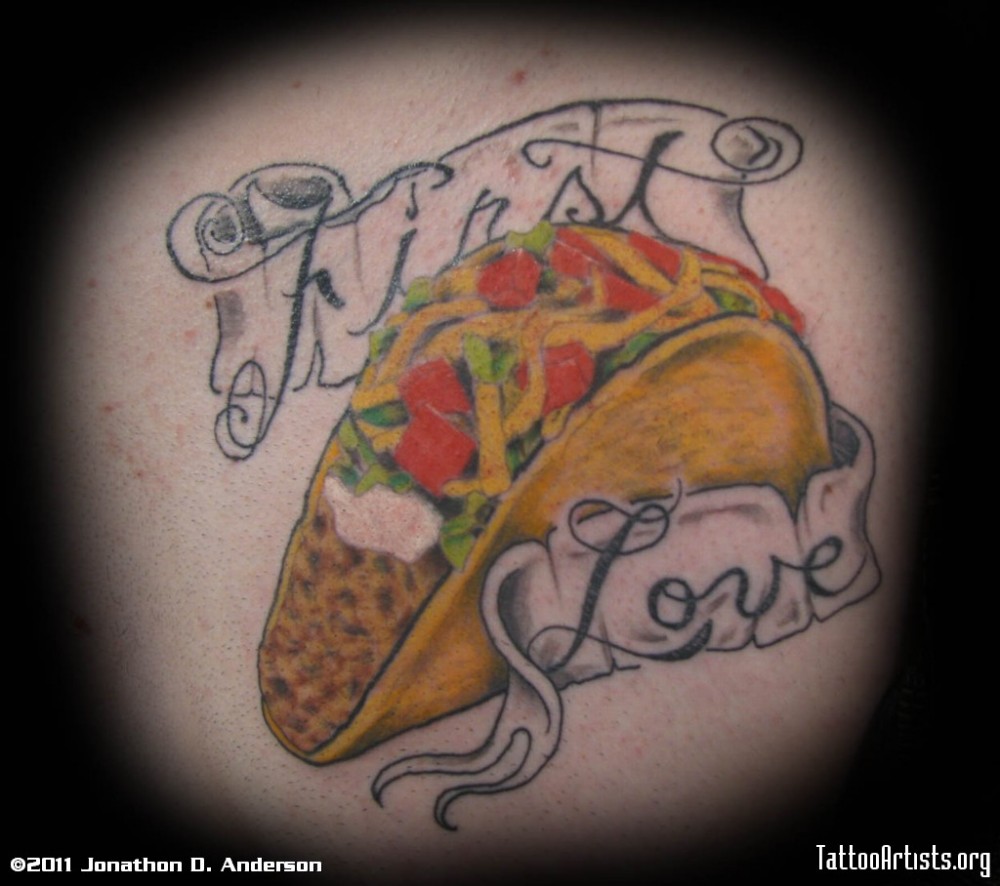 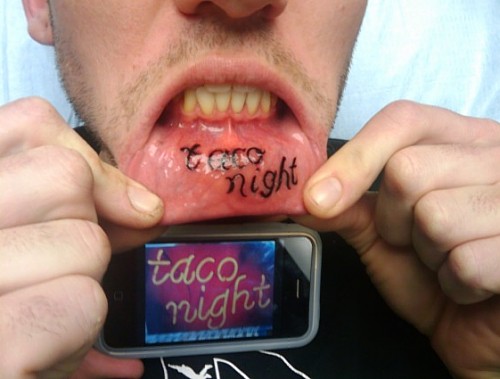 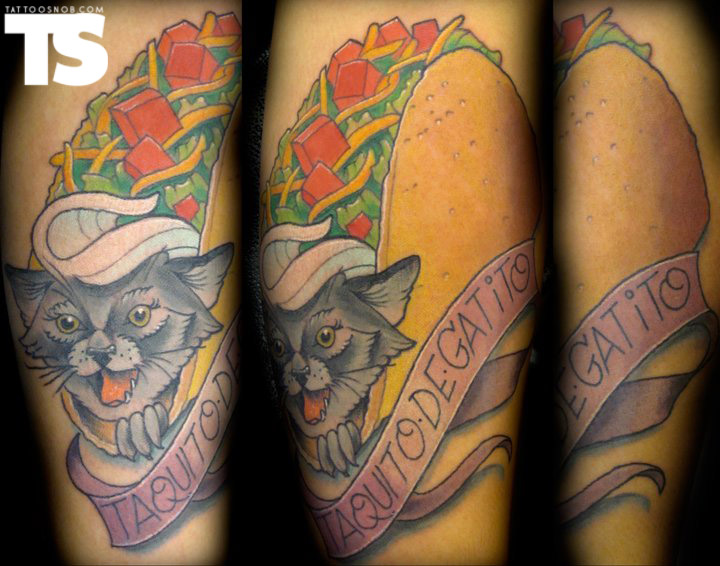 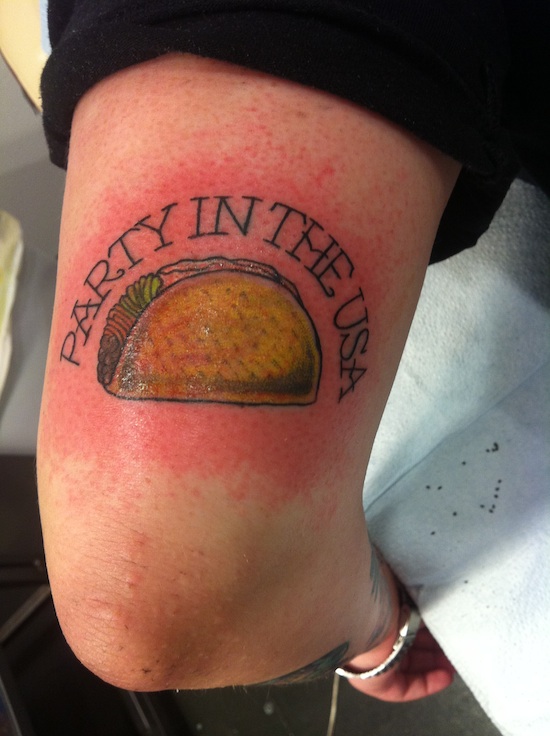 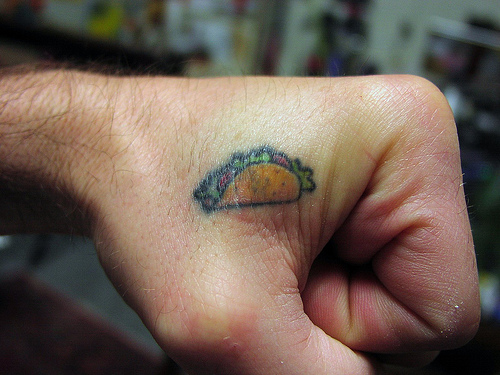 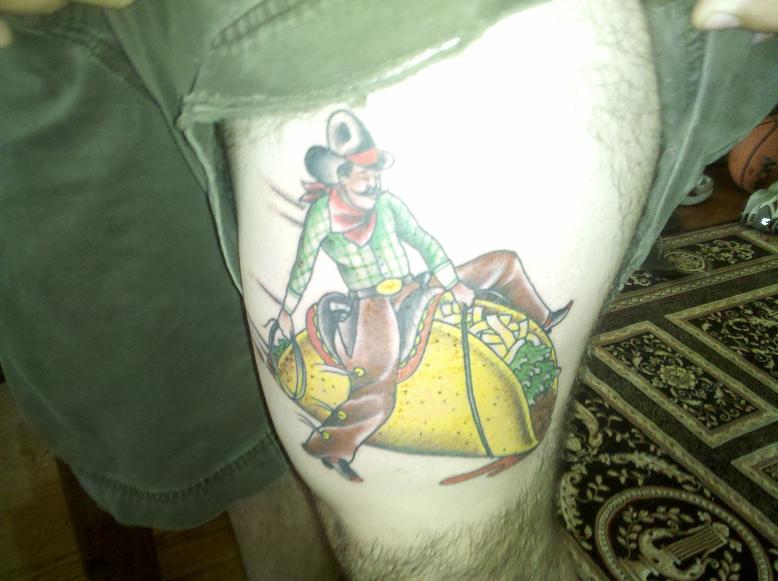