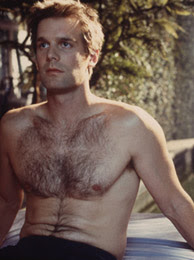 All the characters names from “Six Feet Under”.

It took me awhile, but after alternating four blankets and a wet washcloth on my forehead a couple of times, I was able to think of all the lead characters’ names:

That was all I came up with. I exerted a lot of energy trying to remember Lili Taylor’s character’s name, but I gave up and eventually fell asleep. I thought it was maybe Lisa and I guess I was right.

Oh shit, sorry, just gave away the ending of the show. Eh, I’m not going to erase it.

I threw out a couple of pleas into the universe that I wouldn’t die and it looks like I made it another day to stare at a picture of Peter Krause without his shirt on.

Fuck..I did forget about Keith. Thanks, Doug. Keith was one of the names I thought of last night. I just forgot this morning.

I Need to Return Some Videotapes