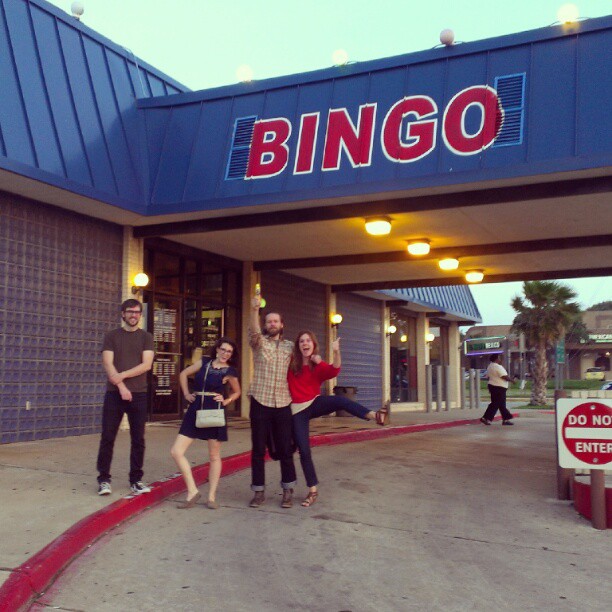 If you’re unfamiliar with how grownup bingo works, I will give you the lowdown. I’m going to give you the lowdown through the eyes of a 7 year-old because that’s how I felt yesterday (and I’m feeling lazy today): we were in this BIG pink room in parking lot near the highway and there were all these tables filled with people smoking cigarettes with these big, metal balloons next to them (the 29 year-old in me will translate that to “oxygen tanks”). We bought bingo sheets and some of us even bought these little computer thingies that help you mark your bingo cards. I bought a bingo marker with a shiny blue top! I also bought two bingo sheets which meant I had to END_OF_DOCUMENT_TOKEN_TO_BE_REPLACED