Visiting LA was amazing and confusing. I never imagined that I would miss LA, but I do. I think?

This week I visited Los Angeles. It was my first extended trip since I walked away from the city of wandering angels.

I met up with old friends and revisited familiar locations that I abruptly left almost four years ago. Jumping into the past is both energizing and intimidating. Will I feel disconnected from my old friends? Will I want to stay in the past? Will this trip trigger an existential crisis that will leave me curled up in a ball screaming, “Who am I?!?”

The longer I’ve lived away from Los Angeles the more I’ve romanticized it. I conveniently forgot the aimless journey I was taking there, long nights crying myself to sleep or staring at the ocean sky hoping life would finally happen.

I moved to Los Angeles when I was 20 after being offered an assistant position at an actor’s production company. It took me five years to realize that I didn’t want to put someone before me END_OF_DOCUMENT_TOKEN_TO_BE_REPLACED

May 14, 2012 by hipstercrite
Film, Hipstercrite Life

I meet a lot of young people in Austin who want to move to or are about to move to LA. My initial reaction END_OF_DOCUMENT_TOKEN_TO_BE_REPLACED 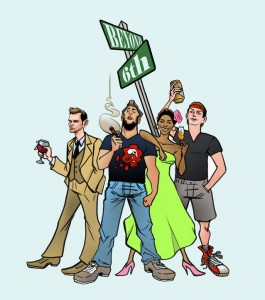 Listening to yourself is never a fun experience, but I was happy to notice that I didn’t sound like Kermit the Frog over the podcast. Not that Kermit the Frog sounds shitty, I mean, who the f doesn’t love Kermit the Frog? But Kermit is not sexy, you know? I’ve been striving for the END_OF_DOCUMENT_TOKEN_TO_BE_REPLACED 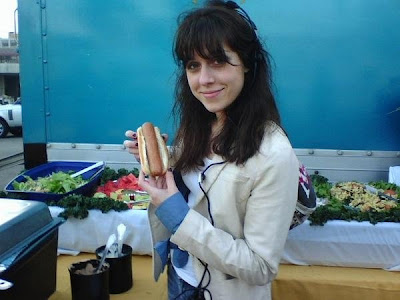 Last evening I watched the film I was first told to watch when I moved to LA in 2004. That movie is Swimming with Sharks. This indie gem chronicles the complicated relationship between straight-off-the-bus assistant Guy (Frank Whaley) and his heartless, demonic producer boss Buddy (Kevin Spacey). After a year of enduring END_OF_DOCUMENT_TOKEN_TO_BE_REPLACED