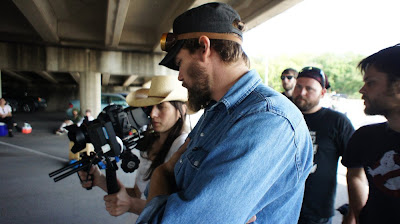 A perfect example of this is the “reimagining” of Richard Linklater’s perennial indie classic Slacker, which will be premiering tonight at the historic Paramount Theater on Congress Avenue. If you went to film school, you END_OF_DOCUMENT_TOKEN_TO_BE_REPLACED

I am not a director. I’d like to think of myself a writer though? Last year, I made a movie in my head that starred David Byrne, Danny Elfman, Bryan Ferry, Robert Palmer, and Peter Gabriel. I one time remade the intro to Twilight Zone by putting on a suit and burning a cork to draw thick Jewish eyebrows on my face in order to END_OF_DOCUMENT_TOKEN_TO_BE_REPLACED