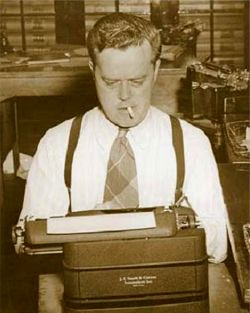 Mashable featured an article today about Oregon blogger Crystal Cox who negatively blogged about The Obsidian Finance Group who in turn sued her for defamation. The blogger, who represented herself in court, lost the case. According to Oregon media laws she is not considered a journalist and therefor not protected. A large deciding factor in this case was that she refused to name an inside source who gave her information, therefore not able to prove her blog was truth. Her punishment for defamation? 2.5 million dollars.

Mashable utilized the story to frame the question- are bloggers journalists?

This is an age old debate that comes up time and time again. It’s a question I rarely think about because I do not consider myself a journalist, but as I delve deeper into the world of freelance writing, I feel this might become more pertinent to me.

My blog has never been a news source. It’s a personal opinion site. Are facts intermingled in there? Yes. Do I try very hard to do my END_OF_DOCUMENT_TOKEN_TO_BE_REPLACED