I’m reaching an age where it takes a lot for me to stay focused and interested in contemporary independent film and music.

I’m reaching an age where unless a film has a point or a song is originally written, displays some sort of individual talent and doesn’t sound like a band I heard back in the 60’s-90’s, I fall asleep, turn it off, or get up and leave.

This sort of behavior does not make it easy for me to go to the theater with friends or listen to music recommendations. Because of this, I’m absolutely not in the know on what is indie-urban popular, because, well, most of the time I think it’s absolute shit.

This goes against the idea of being a “hipstercrite”, I guess. I really can’t go on and on about how I hate Lana Del Rey, talk about what movies are currently hot at Sundance or manifest Ryan Gosling memes.

The alternative, the irreverent and the ironic is my bag, but lately I’m finding a lot of it forced and showing lack of skill. More often than that, I’m finding END_OF_DOCUMENT_TOKEN_TO_BE_REPLACED

Indie-ignorant and proud: What it looks like to love the musical eras of yesteryear

I even called Callin’ Oates; when my boyfriend got sick of hearing Daryl Hall crooning from my speaker phone, I was reduced to getting my fix of H2O in the car.

It’s Free Week in Austin, and you know what I’m doing right now instead of catching awesome local acts? Writing this post about how I’m indie ignorant.

I’d love to be in the know END_OF_DOCUMENT_TOKEN_TO_BE_REPLACED

So tonight, in a large field in the middle of Austin, I closed my eyes and tried to stir the nostalgia for a time I looked to songs for answers, but it just wasn’t coming. I closed my eyes more tightly and concentrated as hard as I could. I kicked the dirt over the memories of lying on my bedroom floor hitting repeat on “Rebellion (Lie)” thinking that eventually the song might make me burst into a million tiny pieces. END_OF_DOCUMENT_TOKEN_TO_BE_REPLACED 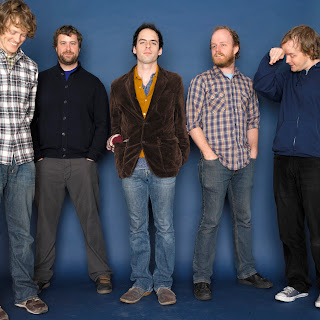 Clap Your Hands Say Yeah (or CYHSY)
Where END_OF_DOCUMENT_TOKEN_TO_BE_REPLACED