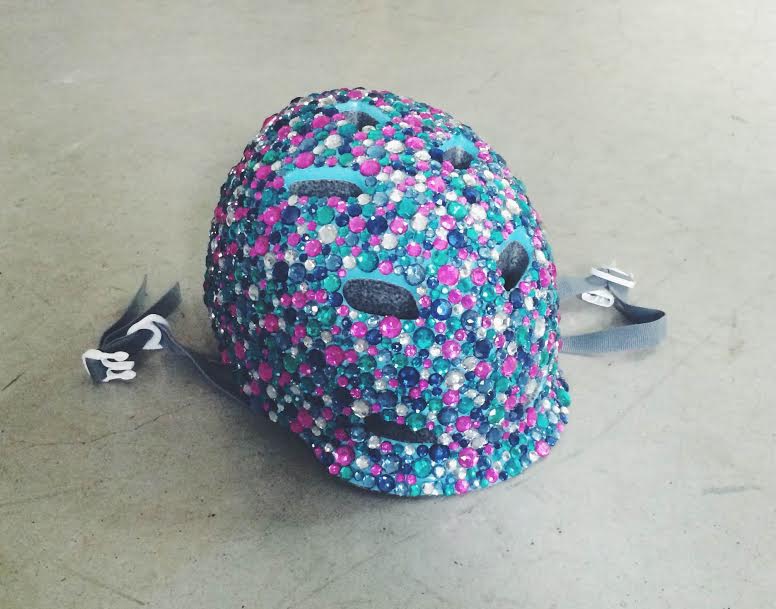 With all of that being said, I love the f out of sparkles and glitter.
I especially love that type of glitter that appears in retro vinyl and bowling balls (I used to own a pair of red glitter Sketchers that I named “Elton” for the left and “John” for the right).
I decided that my bike helmet needed a splash of sparkles, so I super glued plastic rhinestones on the entire thing. It took me about fifteen END_OF_DOCUMENT_TOKEN_TO_BE_REPLACED