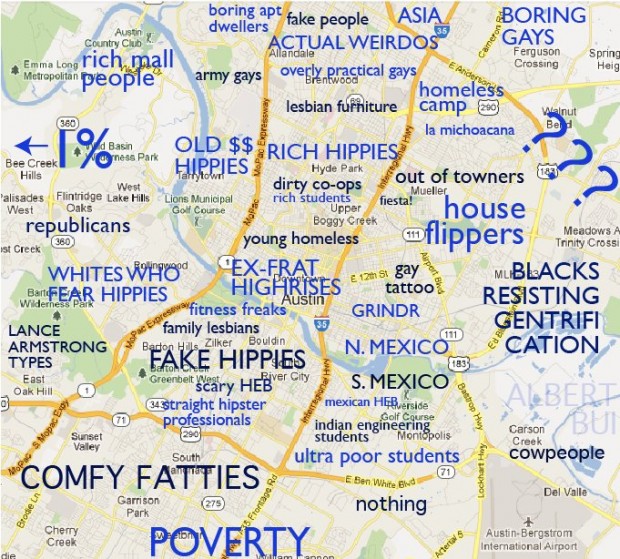 Being able to laugh at oneself is often a good idea and I can’t help but feel the applause for this map was born out of Austinites’ frustration with the city’s ever expanding population, but is it helping to perpetuate a growing disconnect within the city? An Us vs. Them, Me vs. You mentality? Austinites hate on California, but with the popularity of media such as this, we’re well on our way to becoming Los Angeles- the city of extreme societal segregation. I’m really surprised that racial and sexual classification such as “Black Resisting Gentrification”, “N. Mexico”, “S. Mexico” and “Boring END_OF_DOCUMENT_TOKEN_TO_BE_REPLACED