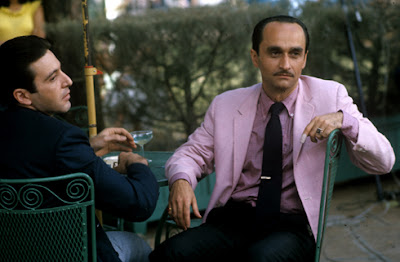 John Cazale had been a fascination of mine ever since I saw The Godfather when I was 15. Here was this guy acting alongside some of the best actors of the past 75 years and I had no idea who he was. Then I saw him in Dog Day Afternoon and I thought, “What the f happened to this guy?” He was in the same league as heavyweights like Pacino, Brando, and DeNiro and he just simply disappeared. He was in some of the greatest movies of the 1970’s and by many accounts, of all time. So what happened to him? I thought, “Awwww shit! This guy’s career must have taken a nosedive after the 70’s END_OF_DOCUMENT_TOKEN_TO_BE_REPLACED