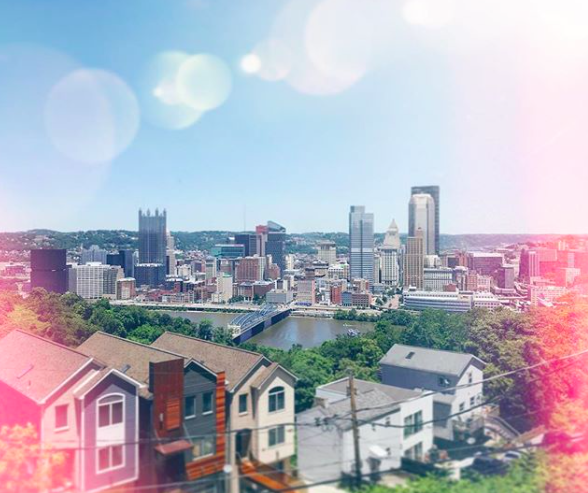 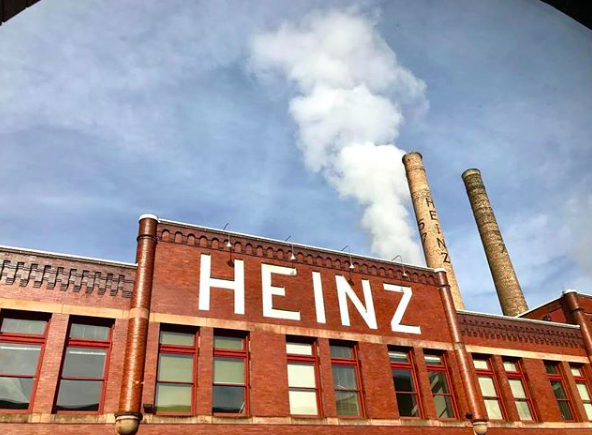 The air quality is some of the worse in the country.
But the area has made strides since the days when the sun was black.

There are people struggling financially.
But there is a diverse crowd of young, hip people making stuff.

The infrastructure feels like it hasn’t been updated since its industrial heyday of 1890.
Until recently, driverless cars were here.

In other words: Pittsburgh has the makings of the next big city.

It’s still has a ways to go.

And that’s what makes it cool.

I don’t think Pittsburgh will ever get too cool, too monied, too developed–like the past two cities I’ve lived in: *Austin and Denver—and that’s ok because that’s what keeps this town authentic.

But also what keeps it from fully thriving.

You see, for all of Pittsburgh’s good–world-class arts & culture, beautiful nature, giant urban parks, friendly people, plentiful universities and charming neighborhoods–there is a lot of rough.

First, let’s dig into the good. 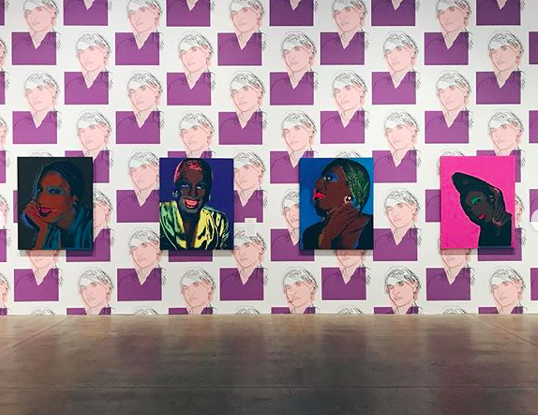 1.) It’s got culture: Pittsburgh is often referred to as the Paris of Appalachia, which is spot on. This city was built by industrialist Andrew Carnegie, who is known for giving the majority of his income to society. Because of this, Pittsburgh has world-class institutions, from Carnegie Mellon University (the reason why we moved here) to the Carnegie Museum of Natural History and the Carnegie Museum of Art. The Andy Warhol Museum is here, as is the National Aviary. The Phipps Conservatory and Botanical Garden is utterly majestic, and the architecture dotted throughout the city will pique any creative individual’s interests. There is no shortage of things to do in 58 squares miles. If you’re bored, then you’re not really trying.

2.) The People are Grade A: Pittsburghers are very friendly. They like to talk, and that’s very appealing to a gabber like me. I’ve had endless conversations with strangers young and old, black and white, male and female, gay and straight. The people of Pittsburgh remind me of the people of Texas–open, personable and caring. And for an added bonus: They have their own language! It’s called Pittsburghese and it’s weird and delightful and difficult to understand, especially when they’re shouting, which is often. For example: gutchies = underwear, red up = to get ready, jeet jet? = did you eat yet?, nubby = nosy, and slippy = slippery. Of course there is yinz, which is the area’s lesser version of y’all. (Sorry, yinz just doesn’t roll off the tongue.) 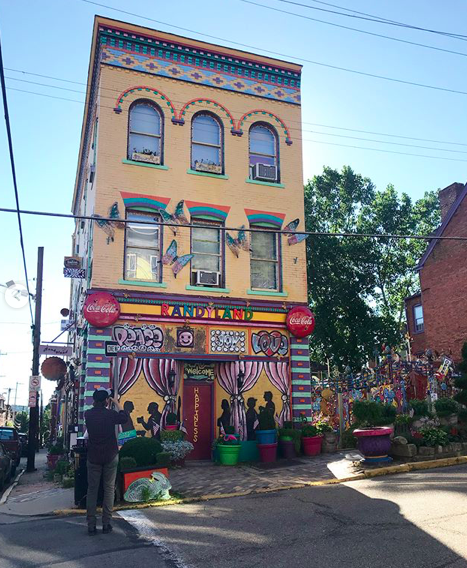 3.) It’s creative, it’s got character and it’s got history: I myself am from the Rust Belt (Central New York), and I’m a creative. These two traits mean that the landscape here appeals to all of my senses. Pittsburgh is stunning. It’s green and lush and hilly and sprinkled with incredible 19th century brick structures, some still intact and some crumbling. Tall houses–three or four stories high–are packed like sardines on the hillside and overlook the Allegheny, Monongahela, and Ohio Rivers. These were the homes of Andrew Carnegie’s steel workers. I’ve traveled a lot of America and Pittsburgh is high on my list of truly unique American cities. I often compare its individuality to New Orleans or Santa Fe–very territorial. Because of its distinctness, it’s a creative person’s Disneyland. I’m still discovering the indie scene, but Glitterbox Theater, Pittsburgh, Brillobox and Workshop PGH seem to be good starting points.

4.) It’s liberal and it’s diverse: While the majority of Pittsburgh is white, over 26% is black, 2.3% is Latinx and 4.4% is Asian, and the city is 5 to 1 Democrat (unlike areas surrounding the city). All of these facts are woven into the fabric of the city, making it a progressive and beautiful place. In areas like East Liberty, it’s possible to spend your dollars in black-owned businesses (something that was challenging in the area I previously lived in–Denver-Boulder, Colorado). When compared to other major cities like San Francisco, New York or Austin, the city lags in areas of sustainability, quality water and quality air (see below). I’m still not well-versed on why this is, but the way the city was built mixed with poor city management probably plays a role.

OK. Now that the good is out of the way, here’s the bad:

1.) The air quality is poor: Pittsburgh has some of the worst air quality in the nation. The American Lung Association lists it in the top 10 worst cities for particle pollution. It’s not uncommon for your weather app to warn you about venturing outside. You would never know from looking though–particle pollution leaves no visible smog. The culprit? The city’s long-standing history with steel factories.

2.) So is the water quality: The public water often exceeds the federal limit for lead. In fact, it’s worse than Flint, Michigan’s water. Geoff and I do not drink from the tap here, instead reusing a two-gallon jug we fill up at the grocery store. 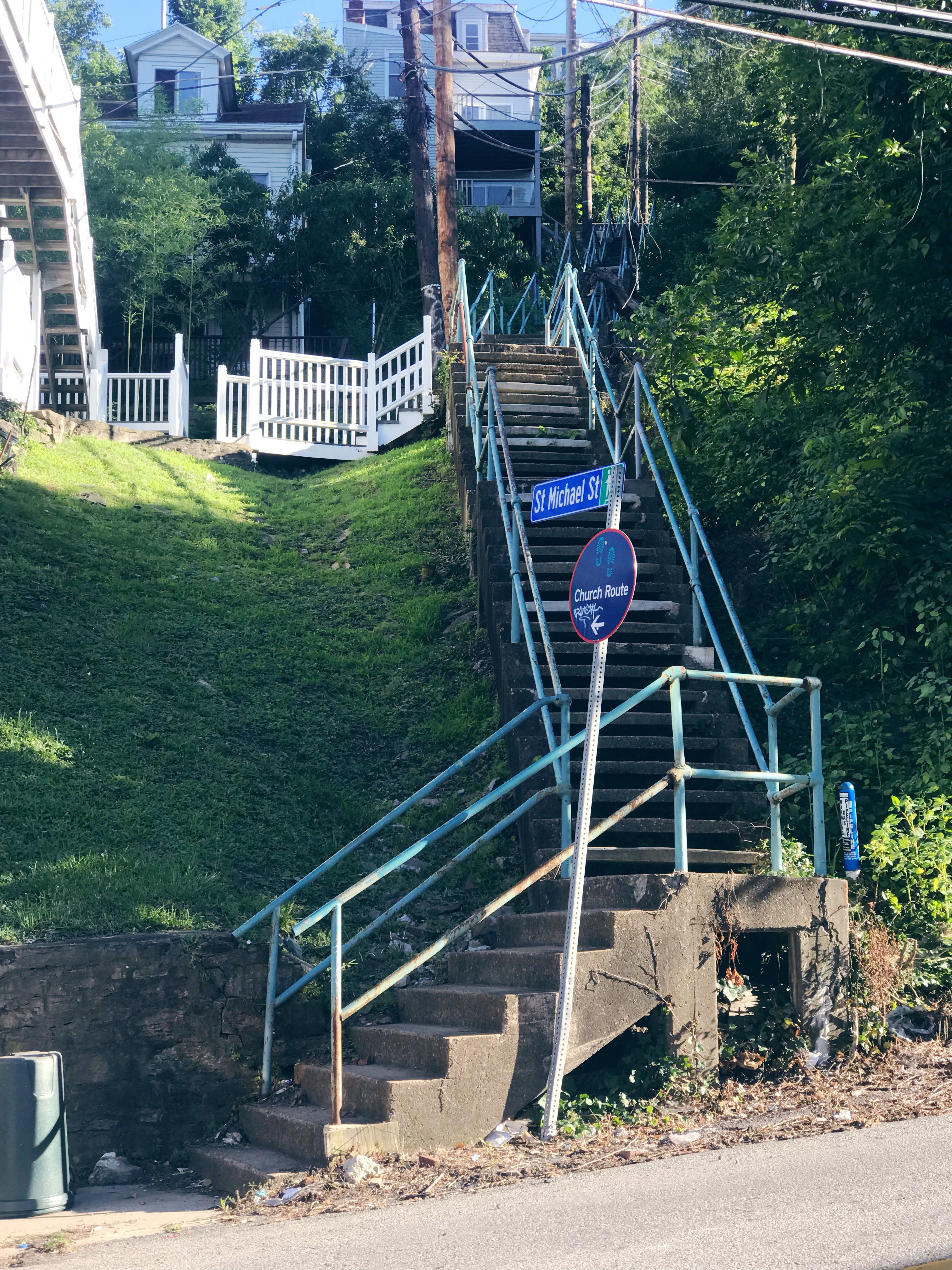 This stairwell also happens to be a street.

3.) Infrastructure is crumbling: The streets, the streets, the streets. Oh, how do you describe the streets? Truthfully, I’ve never seen anything like it. It’s really a Mad Max free-for-all. Fortunately, most people drive slowly. The vary narrow lanes are riddled with giant potholes, and there are no shoulders. Cars often park in the middle of the road; some roads are still cobblestone. It oftentimes feels like you’re playing Mario Kart. Public transportation is not strong, unless you consider the city’s 700+ public staircases (seen above) as adequate. Oh, the city also has almost 450 bridges, so imagine getting stuck on one of those during rush hour. The fact that Pittsburgh has 700 public staircases and 450 bridges is pretty neat, but they’re also not conducive for modern Americans.

4.) It’s stuck in the past: There’s also this beautiful yet sometimes frustrating small town feel where many businesses only take cash, and they open and close at random times just for the hell of it. It’s surprisingly common to check the hours of a restaurant only to pull up and see a sign on the door that says, “We’ll open again on Wednesday,” or no sign at all. 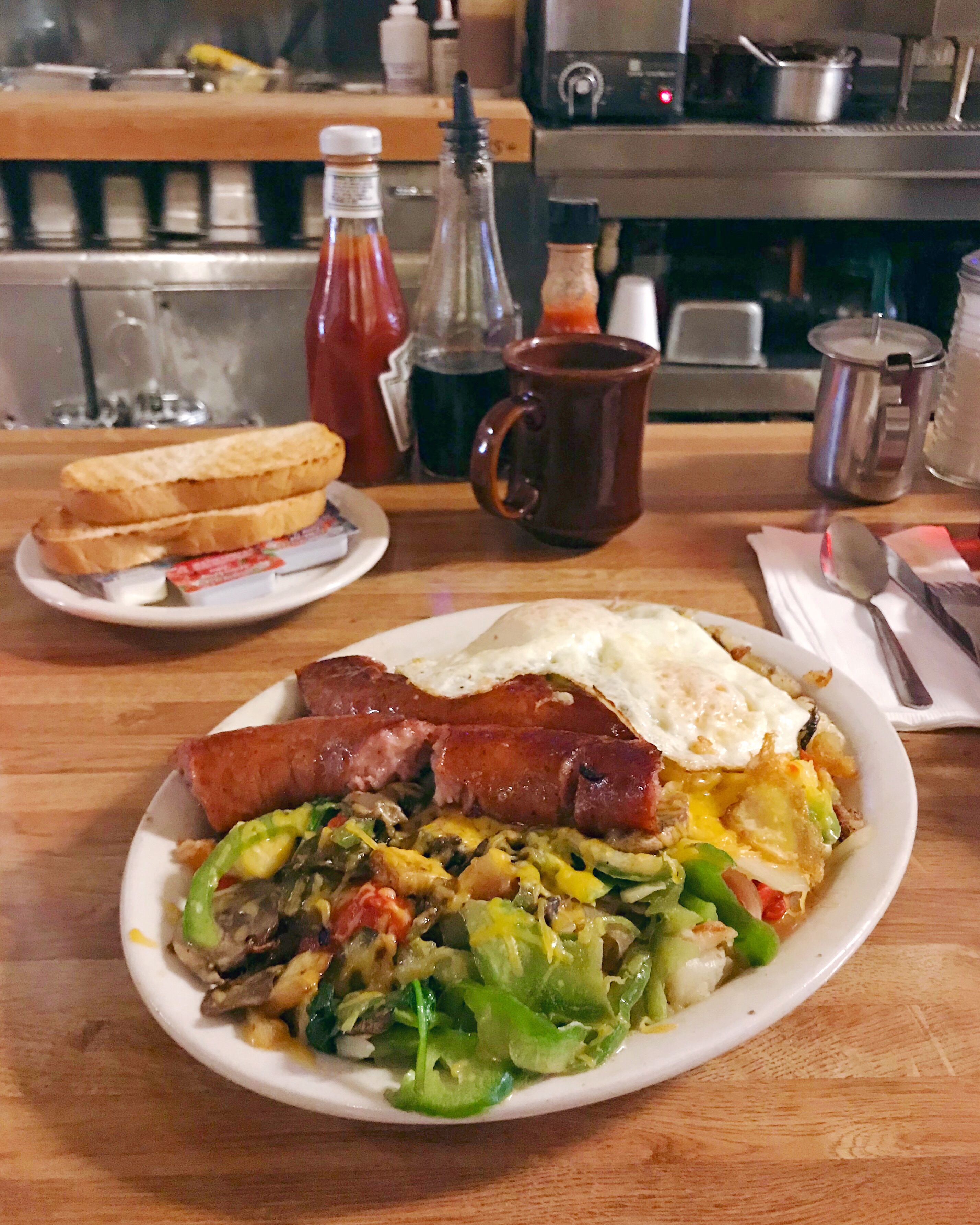 5.) Unhealthy eats: Food here appears to be diversifying, but it’s very carb-heavy. There are a handful of exotic eateries–like the vegan Polish restaurant Apteka and the BBQ taqueria Smoke–but Pittsburgh is known for its pizza, pieorgies and fried foods. Veggies & fruit? HA. For example: A pizzeria we ate at offered a pizza with pickles on it. I asked the server if she liked the pickle pizza. She said, “Oh, I don’t eat vegetables.”  And you know what else? You can still smoke in bars. Just visit Squirrel Hill Cafe, or the Squirrel Cage, if you want the taste of ash in your meals. 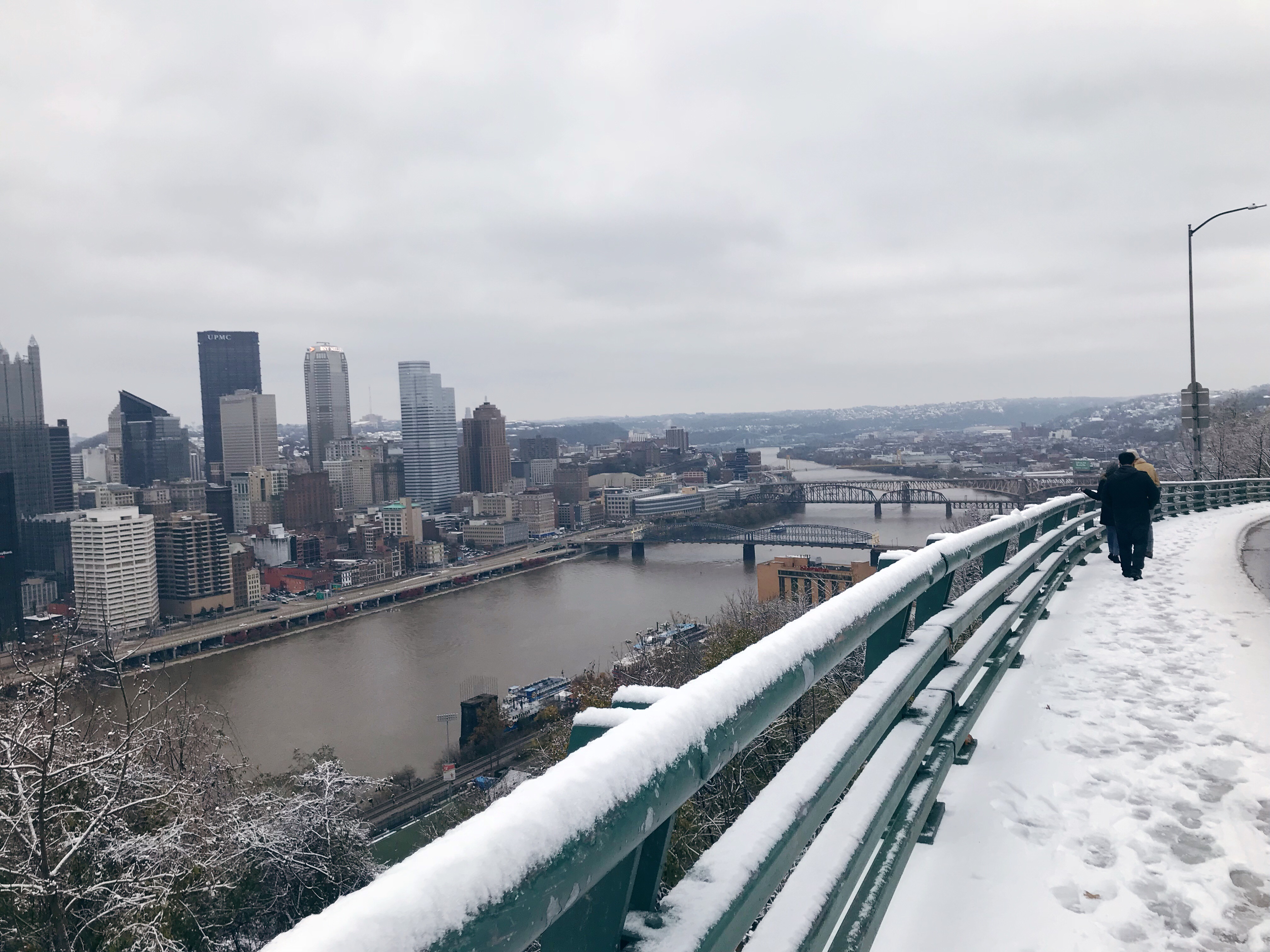 6.) Weather is depressing: And lest we forget the weather. Pittsburgh is one of the most stunning cities landscape-wise in America, in my humble opinion, but it’s also very cold, rainy and gray. In fact, Pittsburgh has over 200 days of cloud cover, almost as much as Seattle. After living out west for 14 years, I’m finding myself turning into Jack Torrance.

7.) Prejudice: Pittsburgh is also not immune to prejudice–just last year the Tree of Life synagogue shooting occurred, where 11 people were killed by an anti-Semite, and an unarmed black teen–Antwon Rose–was killed by the police.

My goal isn’t to shit on Pittsburgh.

I love it like you love your cranky, sometimes drunk, sometimes a little stinky, but always refreshing and inspiring great-uncle who can’t really drive anymore and plows his beat-up Cadillac from 1989 into parked cars.

When people ask me how I like living here, I give them the warts-and-all version.

“Wow, you’re really selling it to me,” they say.

But the warts is what makes Pittsburgh, Pittsburgh, and also makes it one of the most inspiring cities in America.

*(P.S. Austin I will always love you no matter how much you change.) 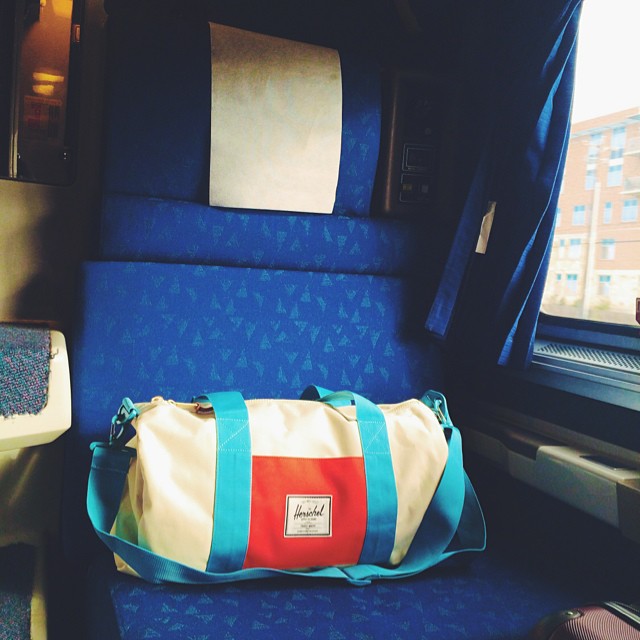 How to Pickle: Or Giving the Gift of Botulism for Christmas