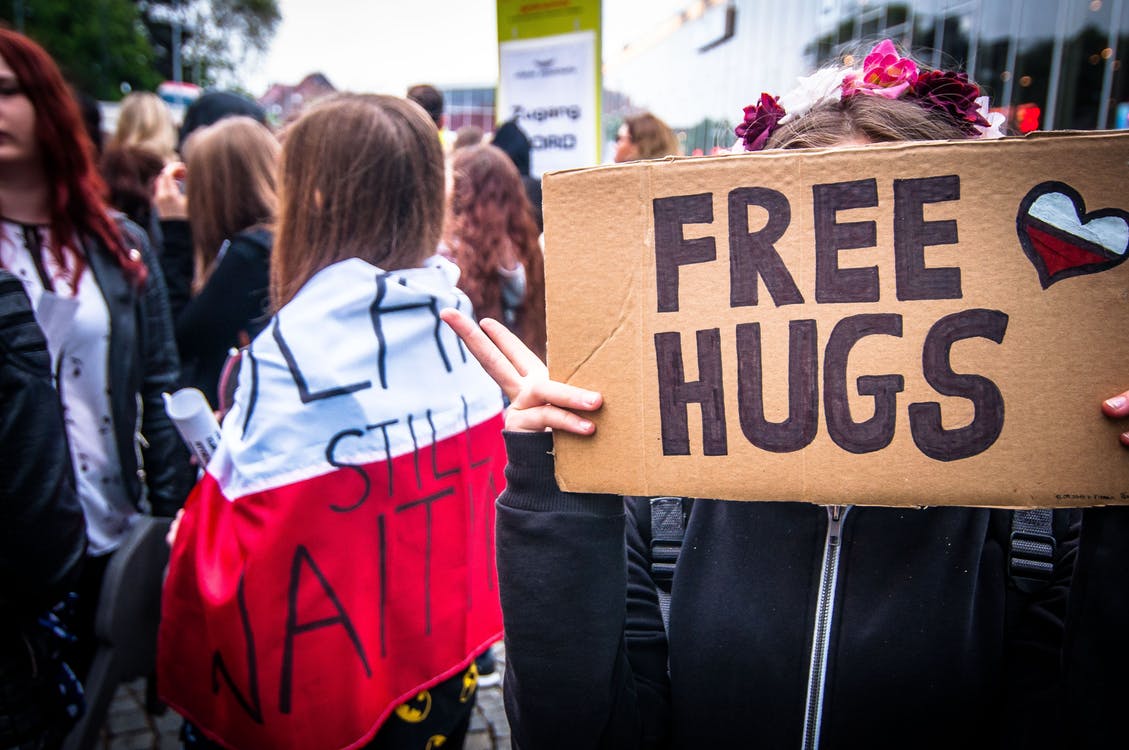 Words have escaped me lately.

This is, in part, due to the rapid fire of unfortunate, heartbreaking, terrifying events that have plagued America recently. Like many others, my brain is in a frenzied state and is having difficulty keeping up; every day is a fight not to go down a path of self-preservation numbness to what is going on. I know that inaction is not the answer, but damn, some days it just feels so unbearably hopeless.

The other reason words have trickled out of my brain, through my ears and down to the ground is because I’m tired of being told how I’m supposed to think and feel by the online masses in times of turmoil. As a writer on the web, I do not want to pretend I’m an expert on individual emotional reaction to catastrophe; I will not tell you how you’re supposed to act right now.

But with that being said, there is one thing I want to share in hopes of providing comfort, and as a reader, please feel free to take it or leave it.

During these times when I feel all is lost in America, I remind myself that more people stand up to hate than to give it.

Two days ago in Charlottesville, twice as many people bravely took to the streets to let white nationalists and nazis know that there is no place for intolerance and discrimination in America.

Yesterday in Seattle, counter-protestors outnumbered demonstrators at an alt-right rally by fivefold.

In January of this year, an estimated 3–5 million men, women, non-binary individuals, children and the elderly rallied in the Women’s March, the largest march to occur on American soil. According to the Washington Post, three rivals in participation include the Vietnam War Moratorium in 1969 and 1970 (1 million), Earth Day in 1970 (20 million) and anti-Iraq war demonstrations in February of 2003 (1–10 million) — all progressive moments in our history.

The estimated number of the Women’s March, 3–5 million, which occurred primarily in response to the election of Donald J. Trump, had conservatively three to five times more the amount of attendees than the president’s inauguration.

And while we’re talking about Donald Trump, though he is our 45th president, he lost to his opponent, Hillary Clinton, by almost three million votes.

What I’m trying to say is that love will always outnumber hate.

The above sentence may sound trite and naive, but the numbers back it up.

Hate is the sad, lowly minority.

Hate is on the wrong side of history.

That’s not to say that those who hate won’t flex their cowardly muscles every now and then, and it doesn’t mean that their display of abhorrent words and behavior won’t shake us to our core. But we will always outnumber them in the end.

So I share this with you, as a fellow American whose spirits may be lower than low right now, in hopes that it will pick both of us up and remind us that our one person can make a difference.

We are the majority, and there is strength in numbers.

(Originally written for my Medium page.)
activismCharlottesvilleprotestresist
August 14, 2017 by hipstercrite