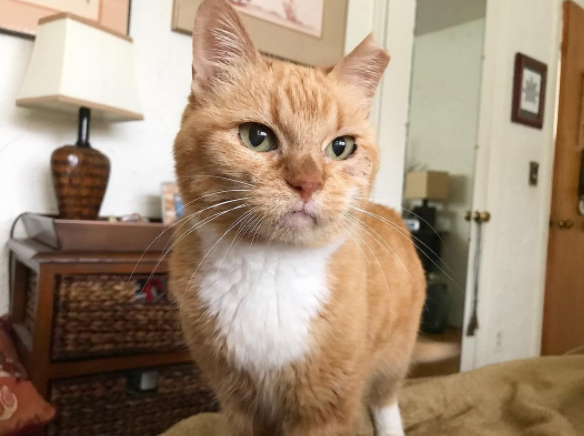 When I told people I was road trippin’ over 4,000 miles with my cat, their face would become grave and a warning would slip from their lips: “I don’t think that is a good idea.” I would in return say “YOU DON’T KNOW MY CAT!” The conversation quickly died after that. The reason why I was traveling with my furry friend was twofold: We didn’t have anyone to cat sit, and I split my time between Austin and Denver and wanted to test how well she could handle traveling.

Some friends and acquaintances may have taken bets on at what point my cat would scratch my face off, but I hate to break it to them: She knocked it out of the park.

My cat saw The French Quarter in New Orleans and the Gateway Arch in St. Louis, she ate German food in Columbus and BBQ in Kansas City, and she rested her head on glorious beds in the Great Smoky Mountains, the Blue Ridge Mountains and the Rocky Mountains. She even visited Centralia, PA,the abandoned town which inspired the video game Silent Hill. Little did she know that she would go from the mean streets of Austin, Texas, to one day seeing almost half of America.

Each day we traveled, 24 in total, she acclimated more, and by the end of the trip she was hanging on the center console watching the world whiz by.

You may be wondering a few things besides “This gal is bat-shit crazy.” For one, yes, FatFace peed and pooped and ate in the car. At first she was a little skeptical, but soon understood that she could do her business while the car was moving. Also, for those who worry about animal safety, our trip was a carefully choreographed in ensuring that her welfare was first priority. We were not always free to stop and see everything we wanted because of her. Unlike dogs, we couldn’t just pull up to a park, put her on a leash and walk her around. Though she is an adventure kitty, she’s not as adventurous as the ones you see climbing their wee bodies through National Parks.

Would I take FatFace on an interstate journey again? Absolutely, but only if I needed to get her from Point A to Point B. Though she handled the trip well, I also know that being buried under my comforter, profusely drooling, and dreaming about chasing squirrels is her favorite adventure in life.

If you’re thinking of taking your cat on a road trip, talk to your vet first. Or don’t. You know your cat better than anyone. If your cat likes the car and can handle different settings, give it a try. Make sure you’re properly prepared with food, a litter box and a method of transporting the cat outside of the vehicle. (FatFace is carried around in this crowd-pleasing space cat backpack from Amazon.) We brought dirty clothes from home and blankets, which we spritzed with pheromone spray to help calm her. We also looked into CBD oil for cats, but we didn’t want to get FatFace high so that she can pass her drug test for her new job, because kitty gotta work.

If you have any questions about cat travels, give me a shout. (Heads up: Even though I’m a modern writer and I need to act like I’m an expert on everything, I am not.) A better resource is the helpful AdventureCats.org.

You can also follow FatFace’s adventures on Instagram. I promise: She keeps her posts PG rated. Maybe. 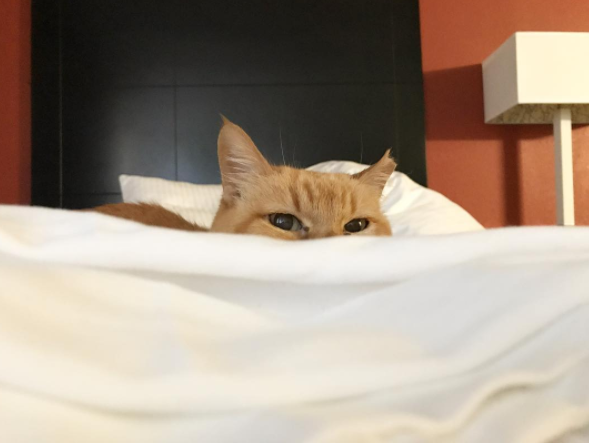