“Denver is Austin five years ago,” we heard from no less than five Denverites during our recent trip.

“There are so many jobs.”

“There is so much construction going on.”

“The traffic is insane!”

“Look at all these condos!”

We heard these statements over and over as we talked to friends, acquaintances and complete strangers on the sidewalks of Denver.

At first glance, Denver looks nothing like Austin. Though ATX is home to 200,000 additional citizens, the skyline and downtown streets of Denver feel like that of a bigger city. It isn’t until you dig into the individual neighborhoods that you discover the quirkiness that lies within. The DIY attitude and outdoor spirit are alive and well in the Mile High City. And as a recent NPR story pointed out, Denver is the no. 2 fastest-growing city behind Austin, and much like its counterpart, the foodie scene is booming.

It is in public transportation and walkability where the two cities begin to differ, though this may change if Denver’s economy continues to skyrocket. As of now, the city is still tightly knit, with suburban sprawl not yet evident. And for the outlaying parts of the city, the light rail, RTD, offers easy and consistent access.

Oh, and Denver has so much weed. Lots and lots of weed. 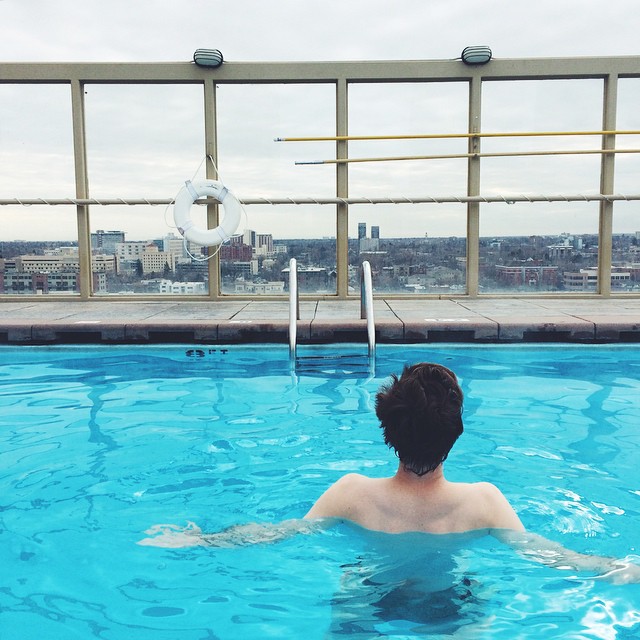 We stayed at the Warwick Hotel, the former home of the Denver Playboy Bunny Club. Located in Uptown, this affordable ($100-$120 a night when we stayed there), midcentury hotel offers a heated rooftop pool and spacious rooms, each with a balcony. While swimming in pool water as comforting as your mother’s womb while staring at the sparkling lights of downtown Denver, one can only imagine the sexy, sexy times that went down at this classy joint. The popular “Restaurant Row” located on 17th Street is nearby, which includes the retro-style gourmet American hot spot, Steuben’s. I have to admit that this neighborhood was a little too dudebro-y for me, but offers nice walkability and ambiance. 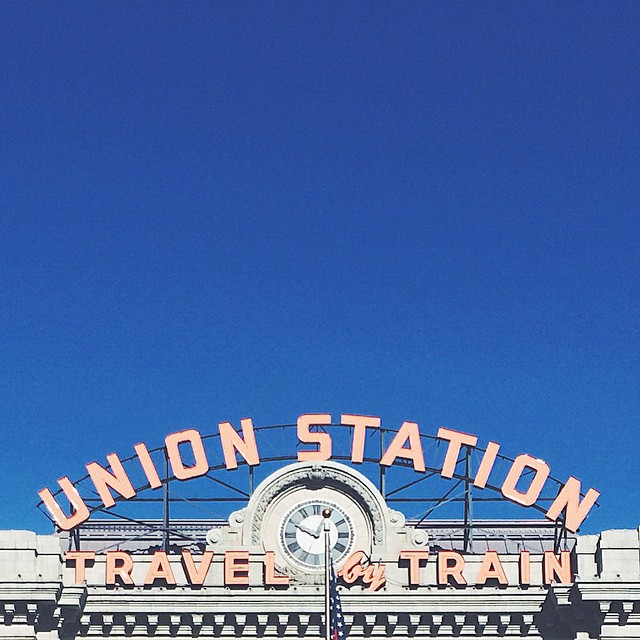 In July of 2014, Denver’s grand Union Station reopened to the public, boasting the swanky Crawford Hotel, boutique shops, eateries and bars. When you first step foot into the stately hall, you’re struck with the detail to originality- opulent chandeliers, arched windows and gold sconces grace the room. Though the station still acts as a working train and bus depot, you don’t have to be a traveler to utilize the beautiful space. Professionals camp with their computers on the square leather sofas and friends drink in the dusky Terminal Bar, all while the delicious smell of ice cream drifts in from the Milkbox Ice Creamry. While waiting for a table at Denver’s uber popular breakfast joint, Snooze, you can play skeeball in the center of the station or graze the books at one of the many locations of Denver’s beloved book store, the Tattered Cover.

(Note: If you venture deeper into the Union Station, you’ll discover the Austin transplant, Hopdoddy.) 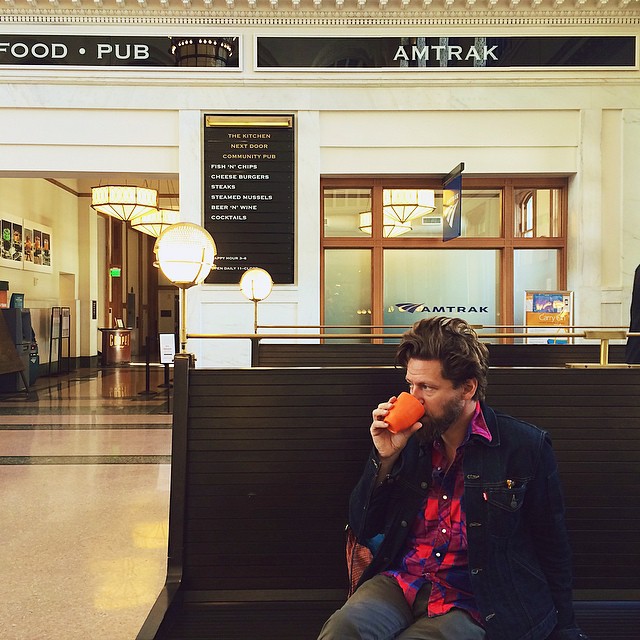 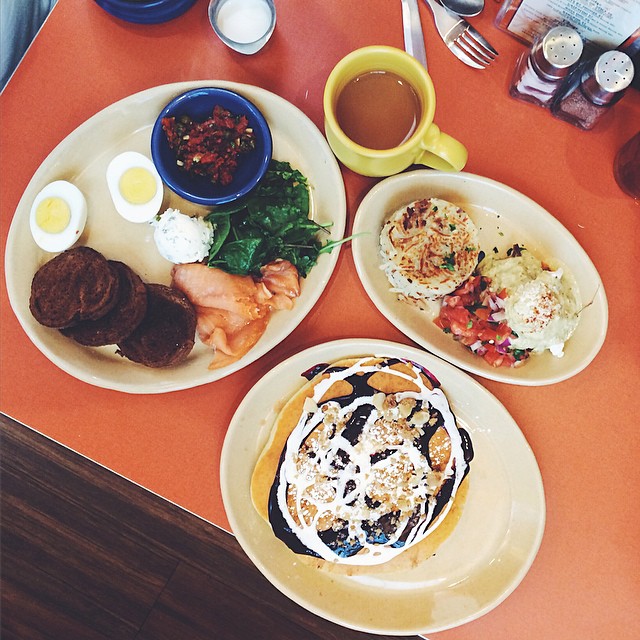 Brunch at Snooze, including a blueberry danish pancake, lox and goat cheese and chilaquiles benedict.

The sister hotel to The Crawford, The Oxford Hotel, sits a half a block away and features a similar, albeit a more Victorian, atmosphere. Built in 1891, this polished hotel is a must-pop-into whether or not you can afford the $250-$400 a night cost. One of the hotel’s most iconic features is The Cruise Room, the first Denver bar to open after prohibition. As you can see from the photo, little as changed in the tiny bar since 1933. 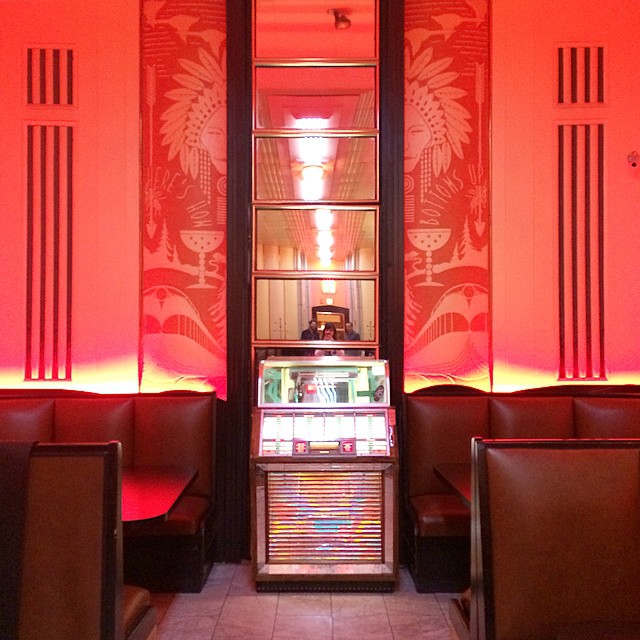 The Cruise Room at The Oxford Hotel, Denver.

From Union Station, we ventured over to the Highlands via Commons Park and the Millennium pedestrian bridge. This trendy neighborhood tells a similar tale as that of East Austin: a predominantly immigrant-inhabited area close to downtown that recently became popular and found many of its old houses torn down for condos. To the outsider, the Highlands look fabulous: plentiful restaurants, boutique shops and cafes. As an East Austin resident, I tried imagining what it must be like for the people who have lived in the Highlands for decades, watching house after house being torn down and replaced with condos. One thing I do have to say about Denver’s condo development is that the condos appear small than the ones you see in Austin, with a more unique and stronger design (you will see a lot of brick). With that being said, real estate has become very costly in central Denver, with 1,000+ square foot condos and houses costing $400,000 and up. 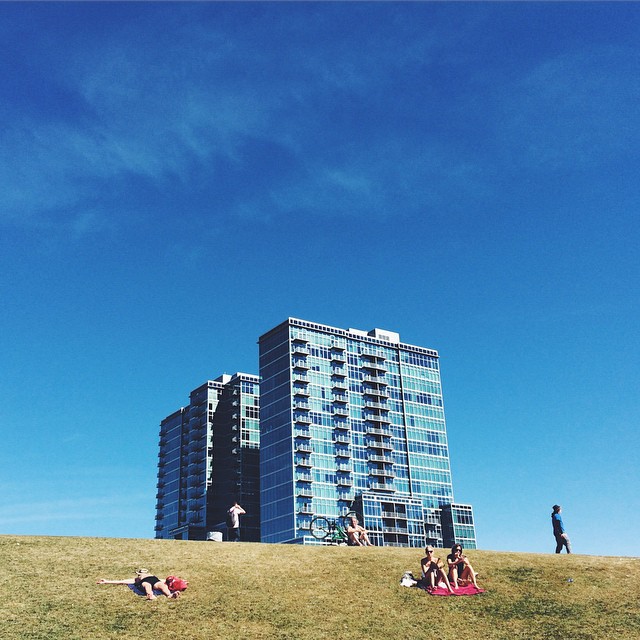 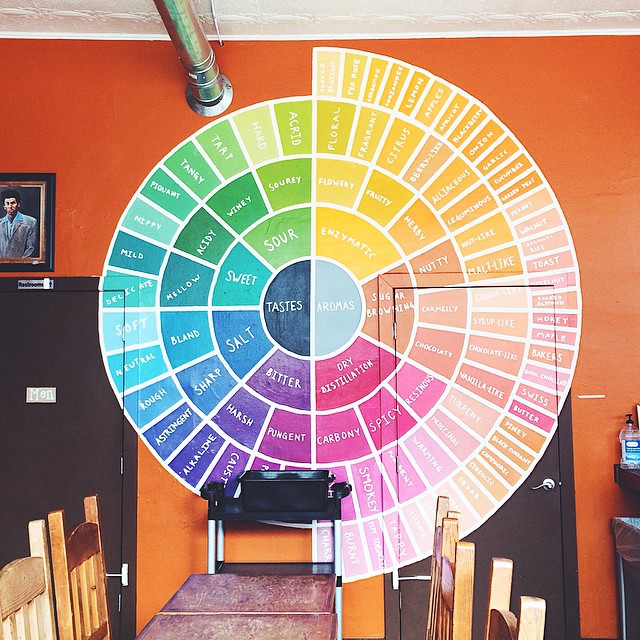 Cafe in the Highlands neighborhood.

In the Highlands, we ate the neighborhood favorite, Lola, a seafood-centric Mexican spot, where we chowed down on their delicious squash and apple pancakes with lemon butter and tequila syrup. Located behind Lola is another fashionable Denver hangout, Linger, featuring a tour-the-world menu in a former mortuary that once housed the body of Buffalo Bill. Nearby speakeasy Williams & Graham is considered a Denver must-see and was recently named one of the 50 best bars in the world. 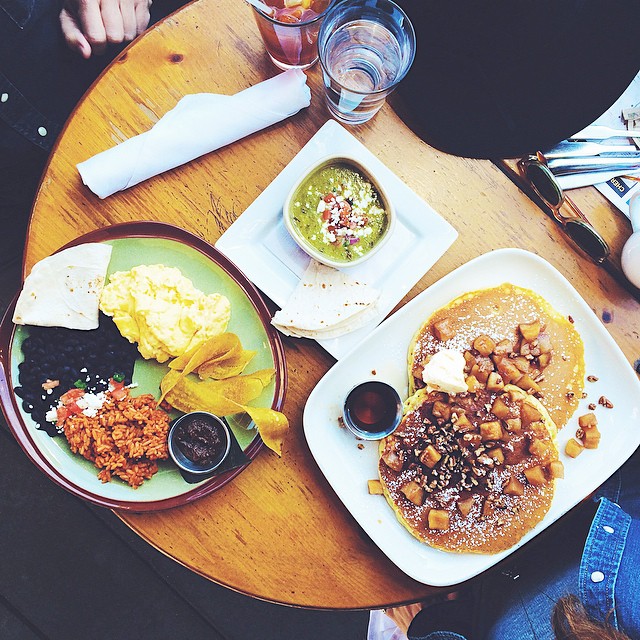 Another neighborhood reminiscent of Austin is the South Broadway district. Still in flux, this trendy area features an array of boutique shops, antique & vintage clothing sellers and hip restaurants and bars. Ironwood, a DIYer’s paradise of plants, terrariums, crystals and gems, was recently featured in the New York Times’ ‘What to Do in Denver.’ Next door is the fantastic but unfortunately named vintage store, Boss Unlimited, which offers a brilliantly curated collection of vintage clothing spanning the past several decades. This is a great spot to secure your 80s ski bum sweater or western wear. 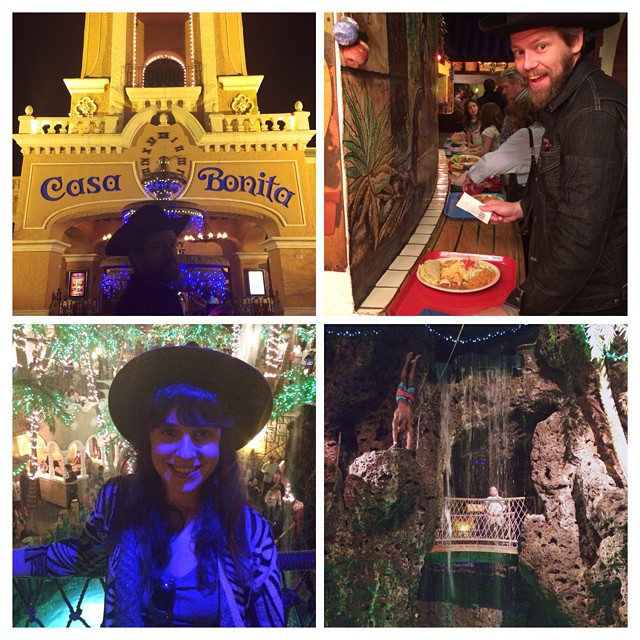 An absolute must while you’re in the Denver area is Casa Bonita. Yes, that Casa Bonita. It’s a real place and it’s glorious. Imagine walking into a giganto faux-Mexican villa equipped with lagoons for cliff jumpers to dive into, magic shows, puppet shows and fiberglass stalactites that crowd around your head while you eat questionable Mexican fare.

And so is Denver. 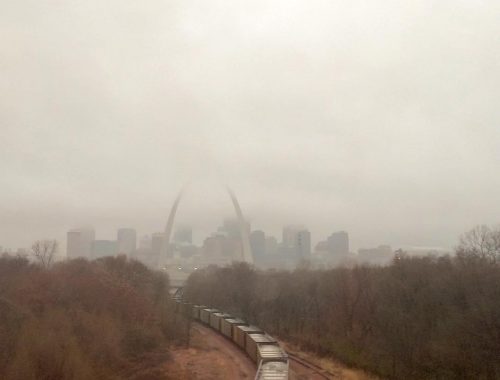