Babies all over the place.

I guess it’s that time of year; isn’t there a scientific fact that people fornicate more in the winter months? That’s why you don’t see a lot of January-March babies: it’s too f’ing hot in the summer.

Babies weird me out because I’m a.) an only child and b.) a child of divorce. I wasn’t exactly conditioned to have offspring, but as I get older and realize there is a slight chance I could DIE ALONE, the thought of having many, many children to cater to my every beck and call sounds like a solid idea.

My biggest fear- besides getting bitten in the ass by a snake while tubing and separately, developing West Nile Virus-  is ending up like that actress from Attack of the 50 Foot Woman, all mummified for a year before someone notices my mail piling up in the mailbox.

To not end up like Yvette Vickers is reason enough to have children, folks!

I don’t think I would be a bad mother. In fact, I really like kids.

Crying children in restaurants and planes don’t bug me. Shit, they’re hungry, they’re poopy, they’re confused as to what is going on around them…wouldn’t you cry too, if you could? Let them have this time, you cranky adults who whine and bitch about crying children. Let them.

What I don’t like are impolite children. Children who at eight years of age, hide behind their mother’s leg and give you a look of absolute disgust when you say hello to them, or the children who run around a store with their eyes glued to an Ipad screen, not watching where they’re going and when they run into you, look up at you with absolute disgust, and on the extreme end, children under ten in polo shirts who tell you about their trips to Tokyo where they’ve “eaten the best Italian food they’ve ever tried in the world” and that I’m stupid for having a plastic bag in my hand because it takes “thousands of years to decompose”. That kid I want to PUNCH IN THE FACE, but not as much as I want to punch his parents for creating such a pretentious beast.

If I had a kid, I would make he or she ironic, not pretentious. I would force them to wear onesies with Bill Murray on them:

And then I would force them to listen to lullaby versions of Prince songs: 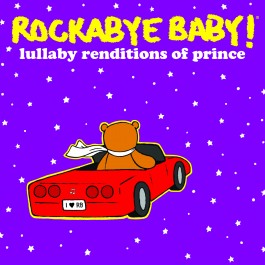 And make them suck on this mustache pacifier: 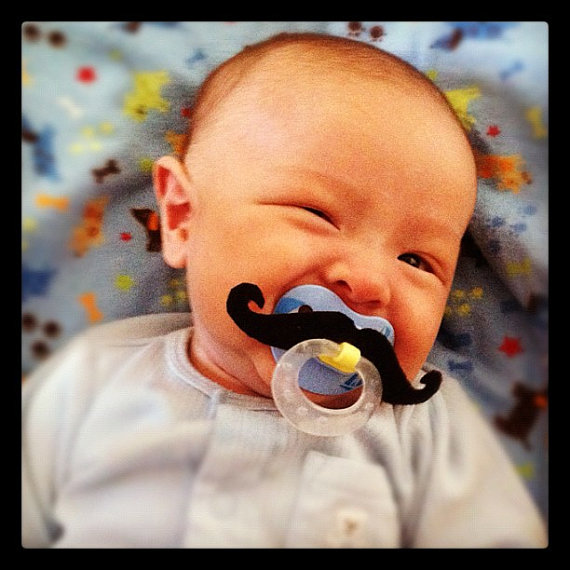 My biggest fear about having children is that I would be a bundle of nerves for the kid’s entire life and that kid would grow up to despise me and I would develop a drinking habit just to deal with my nerves and the fact that my kid hates me. Anytime I read an autobiography about a writer or artist who grew up in an household where the mother was a basket-case who drank too much, I think, “Shit, that will be me! I will be that mother!”

I come from a family of worriers, a family where, up until I met Geoff, called the Austin police from New York when they couldn’t reach me in a 24 hour period. A family where when I tell them that I’m going on a road trip or a swim in a natural body of water or somewhere else in Texas that is not anywhere close to the Mexican border, they reference the latest news where a young woman was killed or injured and lie awake for nights envisioning all the ways I could die. I come from a family where if you’re not worrying ALL THE F’ING TIME something bad will happen and by not worrying about it, you lost control. It is all your fault.

I don’t want to put a child through this, but maybe if the child and I go to therapy together, we will get a discount rate?