Pop-up movie theaters seem to be the craze as of late. Austin is no stranger to the format; the city’s beloved independent theater chain, Alamo Drafthouse, has been showcasing their Rolling Roadshow screenings for years. All over the U.S., movie fans have had the pleasure of seeing films such as Blue Brothers at the Old Joliet Prison, Rocky at the Philadelphia Museum of Art, Goonies in Astoria, Oregon and Texas Chainsaw Massacre at the original house of slaughter in Kingsland, Texas courtesy of the Rolling Roadshow.

It appears that another pop-up movie theater might make a guest appearance in the Capital City soon. Bike-In-Theater debuted on an abandoned riverside street in Brooklyn last summer to much fanfare. The gang behind the bike-friendly screenings are looking to expand and Austin is on their list! Read more about the project here or donate to the cause here.

Below are some of the best pop-up movie theaters from around the globe. What is your favorite? 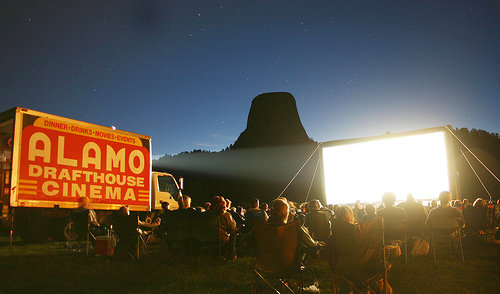 Pop-up Movie Theater: Alamo Drafthouse Rolling Roadshow
Where: All over the U.S. (originated in Austin, TX)
Why It’s Awesome: Anything the Alamo Drafthouse does is a movie lover’s dream come true; imagine seeing your favorite films at the iconic locations they were shot at or took place in? There Will Be Blood, The Godfather II, Jaws…the list goes on and on!

photo via The Guardian

Pop-Up Movie Theater: Films on Fridges
Where: East London’s Fish Island
Why It’s Awesome: An homage to a London forgotten landmark- the abandoned fridges of “Fridge Mountain”. The “theater” now sits on the site of the 2012 Olympics. 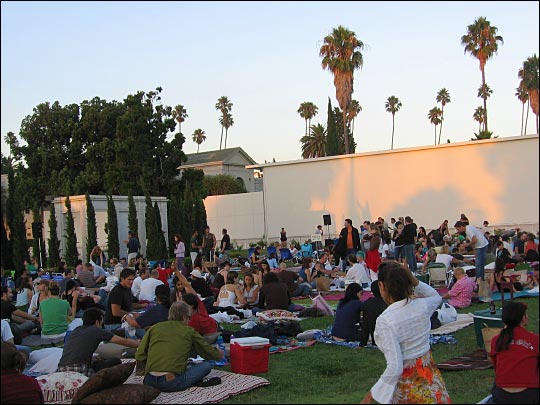 Pop-Up Movie Theater: Cinespia
Where: Hollywood Forever Cemetery in Hollywood, CA
Why It’s Awesome: Whomever thought that screenings in a cemetery would be so popular? Ten years and still going strong, Cinespia shows old and new classics alike, with the occasional Paul Reubens spotting at the frequent Pee-Wee’s Big Adventure screenings. 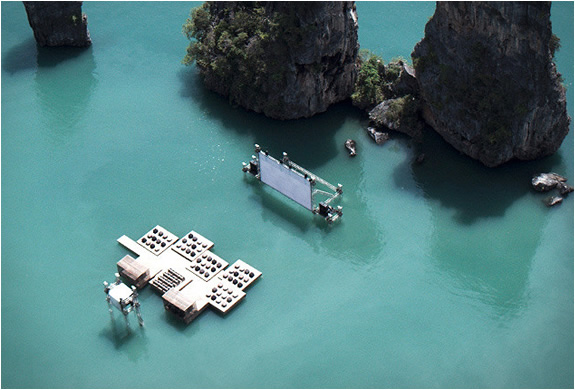 Pop-Up Movie Theater: Film on the Rocks Yao Noi
Where: Yao Noi, Thailand
Why It’s Awesome: Possibly the most beautiful place to ever see a movie, the Film on the Rocks screenings are a 4 day, 3 night event off the islands of Thailand. 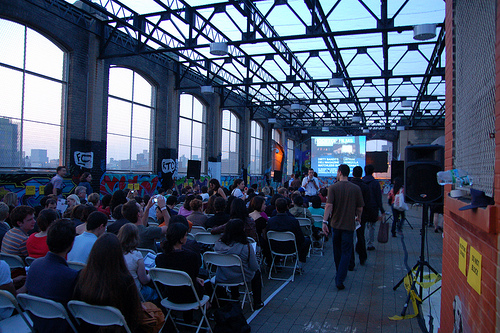 Pop-Up Movie Theater: Rooftop Films
Where: Various rooftops around New York City
Why It’s Awesome: In a city known for its limited space, this series showcases the creative and resourceful spirit of New Yorkers. All throughout the summer, Rooftop Films offers “underground movies outdoors” for a fee or for free. 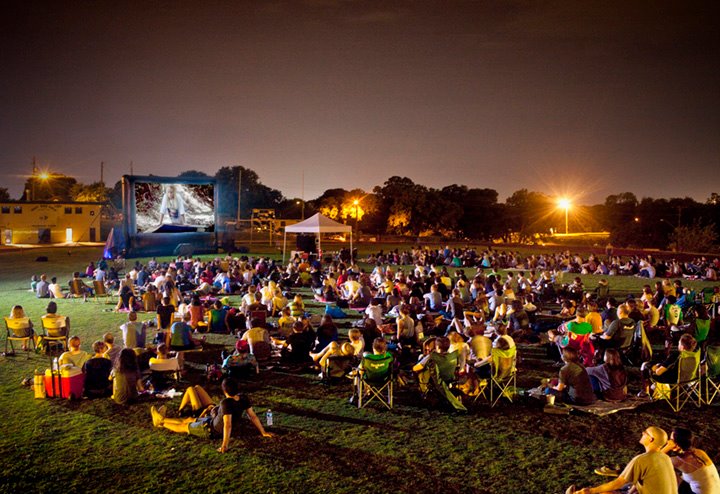 Pop-Up Movie Theater: Cinema East
Where: Austin, Texas
Why It’s Awesome: Cinema East only screens and supports the indiest of the indies. If you missed out on Sundance and SXSW, then you can catch up on the latest indie gems here. 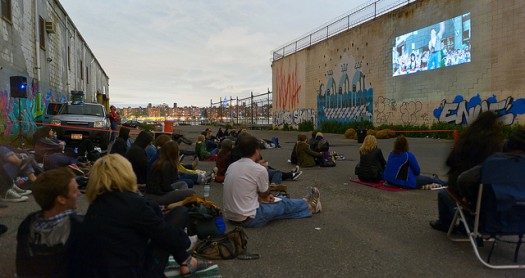 Pop-Up Movie Theater: Bike-In-Theater
Where: Brooklyn, New York (with future U.S. expansion planned)
Why It’s Awesome: With movie-watching offering limited physical activity, this pop-up theater encourages folks to get off their duff and bike to the show. 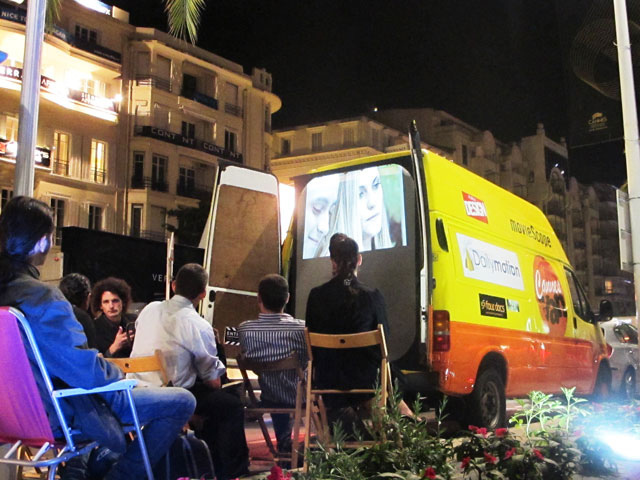 photo via Cannes in a Van

Pop-Up Movie Theater: Cannes in a Van
Where: Cannes, France
Why It’s Awesome: A four-wheel film festival that showcases independent talent in the heart of the Cannes Film Festival. CIAV is on it’s sixth year and is also available for private hire. 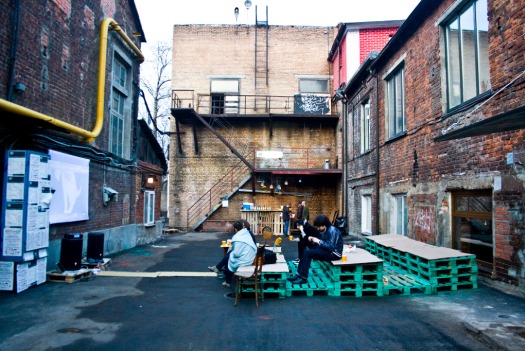 Pop-Up Movie Theater: On the Way
Where: Moscow, Russia
Why It’s Awesome: Made mostly out of recycled material, this pop-up movie theater encourages citizens to think about urban waste. 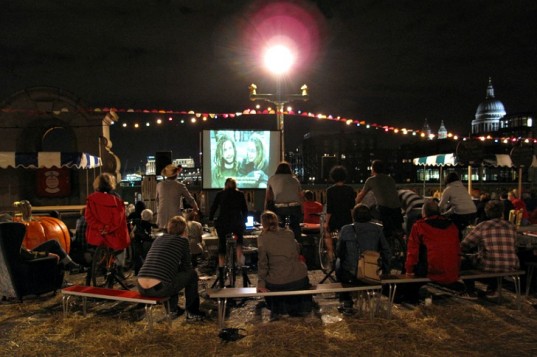 Pop-Up Movie Theater: Cycle-In Cinema
Where: Around London, England
Why It’s Awesome: Cyclists ride up and hitch their bikes to generators that help power the screening!