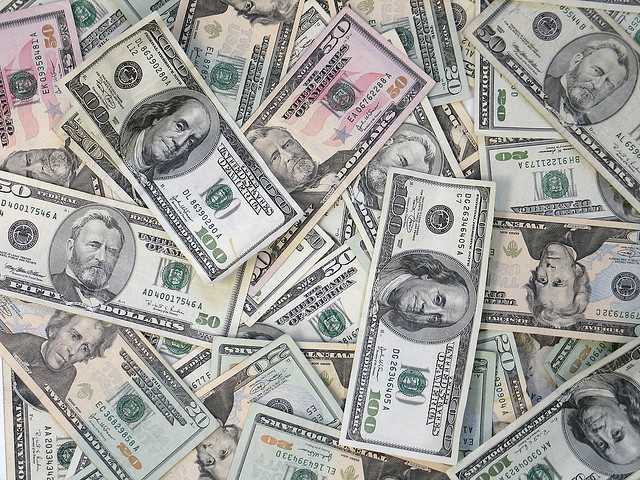 Didn’t come from it, never had it, don’t currently have it.

If  money was something I cared about more, then I probably wouldn’t be poor. Though I’ve worked non-stop since I was legally able, I care more about enjoying life than working towards being wealthy. The little taste I got of the 24/7 work lifestyle in Los Angeles was enough to push me into a constant state of living paycheck to paycheck.

I don’t like being poor. It’s not fun to not have extra money to buy things like a new book or clean underwear every once in awhile, but it’s the choice I made. I keep thinking that one day, maybe, I’ll strike rich. Maybe I’ll write a book and sell it. Maybe our movie will make it big. However, the older I get, I wonder if I’ll wake up one day at 45 and think, “Shit, I’m still dirt ass poor.”

Of course, I’m only 28, so maybe I shouldn’t be rich. The only people who are 28 and rich came from money or work in stocks.

I’m also an “artist” in a sense, so I’m supposed to be poor. I will say this though, eating $1 frozen pizzas certainly doesn’t inspire creativity. It only gives you gas.

I went the freelance route recently, something I’m proud of doing and has so far has worked out, but the inconsistent paycheck definitely has me waking up screaming at 4AM.

A friend back home in LA asked me how the freelance life was going and I told her “good, other than picking up bread crusts from the sidewalk.” She told me it was no big deal. I told her it was. She said, “You know, you are doing what you want to do and in the end, you’ll be happier for it.” I would have liked to have agreed with her, but I was also looking at my bank account the moment she said this and my checking account boasted all of $25 in it.

Maybe in a year when my car is paid off or two years when my credit cards are paid off, I’ll be doing a little jig, but in the meantime I’ll continue to worry about it.

I used to fret about money a lot more. When I moved to Austin without a job lined up and $500 in my pocket, I definitely felt the crunch. It wasn’t a wise decision to make but it eventually paid off. When I fell behind on my payments, the calls from the creditors had me sweating. I eventually caught up, but it’s a place I never want to revisit.

What is this the point of this post? Who knows. Money has been on my mind lately because I don’t have it.

Money certainly doesn’t create happiness, but it does give you peace of mind.

On a side note- due to my poorness, I’m giving myself over to one of those drug trials where they pay me to remove my wisdom teeth. Luckily the drug is something minor and a name I know and doesn’t haven too many “x’s” or “q’s” in it.

On another side note- another delicious and inexpensive food item is microwaving cheese, Sriracha and Louisiana Hot Sauce on a tortilla in the microwave. Oh so delicious! Learned that one from a bonafide Arizonian.