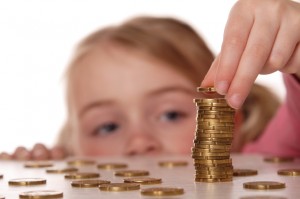 a.) There are the ones who are talented. Smart. They have that special trait that many don’t have. They’re analytical, business and tech-savy. They have been interested in learning  their whole life and it comes easy to them. Their parents raised them to be achievers and that’s what they’ve became.

b.) There are the ones who maybe weren’t gifted with a 170 IQ,  but they bust their butts. They work hard towards a goal and they don’t give up. They’re fighters and what they don’t have in education they make up for in determination.

c.) Then there are the ones that happened upon the right place at the right time. It may have nothing to do with talent, smarts or hard work. But is knowing who are the right people to hang out with considered smart? Maybe.

d.) Then there are the ones who came from money. Who don’t have to stress or worry about paying the bills. They can devote time to working on their craft or business without any other concerns. They have someone financing their project without having to go out there looking for it. They are free to think and create all day long with the security of knowing money is always there.

All of these people can become entrepreneurs. All of them for admirable or not so admirable reasons. It’s it easier to champion a.) and b.) over c.) and d.) but is that fair? I have to ask myself that question often when I feel particularly jaded. Frustrated when most of my time is devoted to surviving, paying my bills. I come up with ideas often and I find myself feeling limited. Limited because I don’t have the money to get the materials. Limited because I don’t have the knowledge to get the money. Limited because I don’t have the resources to learn the knowledge. Limited because I’m not an a.) or a d.) but rather a b.). But how can you be a good b.) when you’re devoting your hard work towards survival? CNN stories about low income single moms who become doctors and online college and community college commercials tell you not to believe in the word “can’t”, but do we have to acknowledge the reality that sometimes the word is accurate? At least temporarily?

Or am I supposed to resign myself to a life of low income struggle because I wasn’t blessed to be an a.) or d.)?

Then there is always c.) A lot can be said for c.) though many like to tear people apart for this. Being an entrepreneur means being connected and knowing how to connect. Opportunities come from knowing others. The age-old saying of “It’s who you know” only becomes more and more true as the Internet age evolves. The Internet makes it easy for you to cast your network net even larger. I’d like to say that the industry I work in- film, writing, arts- is all about who you know, but isn’t every industry really?

I guess these are all questions I will be asking myself for years to come, once I’ve passed 30. This isn’t a woe is me post, but rather a textual regurgitation of thoughts when I see the young entrepreneur lists. My life is pretty good, but shit, these lists always make it sound so easy and hence suggests that everyone else is a failure.

Do they have “60 Entrepreneurs under 60” lists?