Are you sick of all this hipster talk on the web?
Yeah, I kind of am too.
Don’t let the name of my blog fool you.
That was just for branding purposes.

People have been trying to kill off hipsters for a long time now.
The truth of the matter is, the phrase blew into epic proportions that society lost control of.
Now they’re trying to reel it back in.

“Hipster” became an easy way to identify any young person who 1.) wears trendy or vintage clothing 2.) has interests other than mainstream contemporary culture 3.) has a creative job or no job.
Shit, that’s like 75% of young people nowadays. It’s not fair to lump everyone into one identifying phrase…

…You have to break them up into 4 or 5 identifying phrases, duh!

Second to Brooklyn, the supposed epicenter of Hipsterville, I would take a guess that Austin, Texas and Portland, Oregon vie for the next spot in line. Since I live in Austin, I can tell you that it is one giant cesspool of every facet of hipsterdom.

But I don’t want to use that word- hipster– anymore. I want to share with you all the unique demographics that exist within the world of the “young, creative urbanite”. 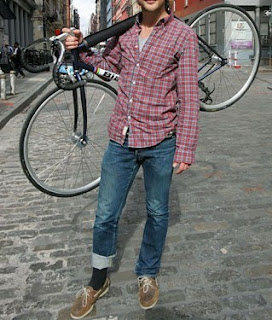 1.) The I-Repurpose-Old-Jeans-Almost-As-Well-As-I-Roll-Through-Stop-Signs-Dude: You know who I’m talking about. The 6’2″, 140-pound fixed gear guy with cut-off jeans, flannel shirt, giant holes in his ears, irreverent tattoos, a couch for a bed, and a master’s degree. He can’t take you out to dinner because he doesn’t have a job or a car and he won’t visit his wealthy family during the holidays because they don’t watch The Jon Stewart Show. He has a few PIs under his belt and he is more than happy to get into a drunken argument with you about the conspiracies of 9/11. 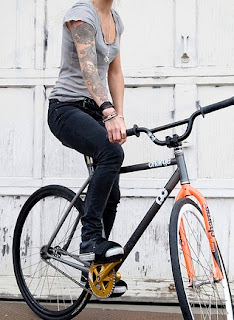 His female counterpart, The-I-Probably-Play-Guitar-Better-Than-You-Chick, is comparably dressed and tattooed but instead of a skeleton-like appearance, her petite frame supports a tiny muffin-top due to the beer she drinks to keep up with the dudes. She most likely drives a muscle car and all the gentleman are both equally turned on and petrified of her mad skills. 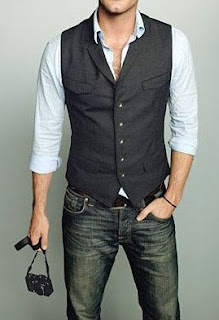 2.) The I-Believe-I’m-The-Reincarnation-of-James-Joyce-Gentleman: I dated one of these “gentlemen”. You know, the ones that creamed their pants while they watched There Will Be Blood? They wear three-piece wool suits in the dead of summer and prefer to live in a scabies-riddled cabin out near the airport. They believe they’re going to be the next Arlo Guthrie and they write poetry about how their mother fucked up their view of women. They drive a beat-up Ford truck from the 50’s and their vintage cowboy boots and Telecaster mean more to them than you ever will. 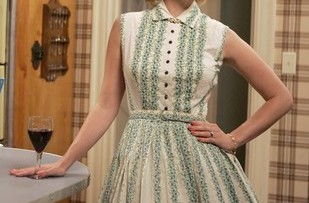 The female counterpart is The I-Wish-I-Was-Betty-Draper-Lady and they will use any social event to dress in their great-grandmother’s cocktail dress and costume jewelry. They take their baking cue from Amy Sedaris and they like thrift shopping for their Etsy store on the weekends. You can often find them at home drinking a bottle of white wine and watching Grace Kelly films for inspiration. 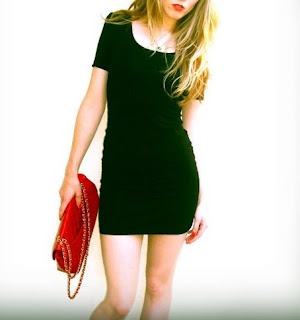 3.) The I-Want-To-Be-Dov-Chanery’s-Girfriend-Or-I-Like-Loooove-Doing-Coke-So-Much!-Scenester: This is the hipster that give hipsters a bad name. The Scenester Hipster. The one that has a Lookbook page where they look like they’re suffering from arthritis and lockjaw. The one who appears striking a pose in about 200 random photos over the course of a Friday night. The one who says things like, “See that dude over there? I totally let him f*ck me in the butt the other night,” as she drunkenly slides down the light post out in front of the club. They’re beautiful and they’re smart, but both attributes get muddled by the insecurity that overshadows the real them. 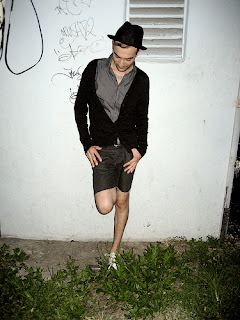 Her male counter-part is The Does-This-V-Neck-Make-Me-Look-Fat?-Scenester. He’s the guy that wears horn-rimmed glasses whether he needs to or not. We wears a lot of neon and thinks that handle bar mustaches make him look adorable (they do). The interesting thing about him- you can’t tell if he’s 18 years old and works at American Apparel or 30 years old and owns his own web design company. 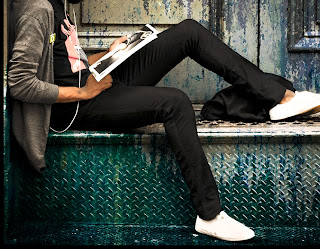 4.) The I-Was-Listening-To-The-Drums-Since-Before-They-Were-Even-Born!-Guy: This is your quintessential record-buying, Lou Reed-idolizing, David-Lynch-obsessed, Wes-Anderson-stylized hipster. The film school drop-out who digs anything that is counter culture- like Dash Snow or Jay Reatard- whether there is any artistic value or not. They make questionable mix media art in their converted loft downtown. They call themselves vegan even though they’ll make an exception for Taco Bell late-night drive-thru and they go to AA meetings (not American Apparel AA). 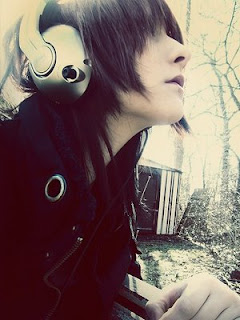 His female counter-part is The I’ve-Been-Listening-To-The-Drums-Since-Before-They-Were-Even-Born!-Girl. There is little that differentiates her from the male version except that she looks like Daria which scratches the surface of a nostalgic pull that drives her contemporaries crazy. She also has a mustache collection where as her male counter-part can’t even grow a mustache.

And you can call bullshit on any of these posts, because I am a little bit of all of them (except for the coke snorter)
…and that’s really how my blog got its name.
Who am I forgetting?
November 2, 2010 by hipstercrite