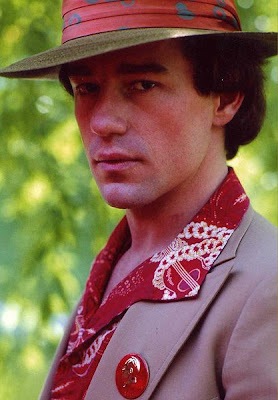 Can you believe it’s been 12 years since Phil Hartman passed away?

I remember so perfectly the day I found out he had been killed.

I was in 9th grade. CNN was flashing the story all day. Everyone in Hollywood made statements, mostly asking how could something so horrible happen to such a kind and talented man? How could a hard-working, relatively normal family man be shot and killed by his wife, who then turned the gun on herself, leaving behind two young children?

The tragedy left Hollywood spinning. Everyone wanted to point fingers. Zoloft got a bad rap (Hartman’s wife, Brynn, was taking Zoloft at the time of the murder….along with a whole lotta of cocaine and alcohol). It even came to light later that Andy Dick may have pushed Brynn Hartman back onto cocaine. This accusation came from Jon Lovitz who felt that Dick was the cause of Hartman’s murder. In 2007, Lovitz and Dick had a confrontation about this and Lovitz smashed Dick’s face against a bar.

The day Hartman died, I was glued to the TV set. News footage looped of police walking in and out of the Hartman’s modest Encino, California home. Later that evening, my mom drove me to jazz band practice and the mood was somber. My fellow tenor saxophone player, a popular and handsome 10th grader, was inconsolable. He could barely focus on the Stevie Wonder song we were learning.

“Phil Hartman was like a Dad to me,” he said, shaking his head.

At the time, I was confused. How could a man’s death, a man that he had never met, a man who typically played brash and sarcastic characters, have such an effect on him?

I asked my friend, *Chareth Cutestory (not his real name), what his thoughts on this are:

Me:
Besides the obvious tragedy surrounding his murder, why do you think Phil Hartman’s life and death resonated with so many people?
Chareth:
Well, cause he was the quintessential straight man. And a straight man is an interesting thing in popular comic culture because you don’t immediately recognize how necessary they are for visual comedy to work. And Phil Hartman WAS a straight man. Look it up in the dictionary and you’ll find a link to Phil Hartman’s IMDB entry. His trademark voice was so monotonous and characterless that it became out sized and his most defining quality. That voice. It was classically grotesque. The voice, his most famous personas, his mannerisms—all exaggerations of banal and uninteresting characters we know from life. It was an art the way he brought them into focus and made them watchable. And like most subtle art, you don’t really understand how integral its place is in the scheme of things until there’s a big gaping hole where it once was.

Me:
Ok, it’s looking like this post isn’t going to be funny. I was counting on you saying something funny. Great. Thanks.

Chareth:
Well, Phil Hartman took his comedy VERY seriously. He RARELY ad-libbed. Every single pause, every movement, everything was meticulously planned. He would pore over his scripts and mark them up in the margins and approach comedy like he was conducting a science experiment. So it’s not weird that a post about him would take a critical look at his work, rather than to go for a cheap laugh.

Me:
FUNNY! I WANTED FUNNY, CHARETH! 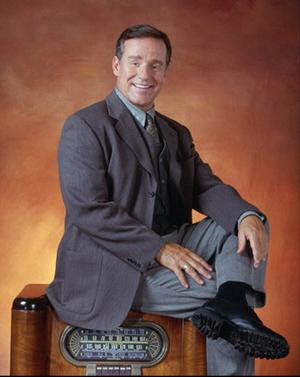 One can only imagine how ambitious Phil Hartman was. He packed more in a lifetime than some of us could ever hope for. His career began as a graphic designer, creating over 40 album covers in the 1970’s including art for Crosby, Stills, and Nash, Poco, and America. Not long after he decided to try his luck at comedy and joined Los Angeles’ The Groundlings comedy troupe. There he became part of the Pee-Wee Herman Show, originating the part of Captain Carl (who would later appear on the television series, “Pee-Wee’s Playhouse”). Hartman also co-wrote the feature film, Pee-Wee’s Big Adventure with Paul Reubens and Michael Varhol. In 1986, Phil Hartman joined the cast of SNL where he became a prominent member, popularizing such characters as The Anal Retentive Chef, Caveman Lawyer, Bill Clinton, and Ronald Reagan. During this time, Hartman started popping up in movies and television shows left and right. Who could forget his memorable voices on “The Simpsons”? In 1995, Hartman co-starred on the hit NBC series, “Newsradio”, which aired for five seasons, Hartman having been killed in between the filming of the 4th and 5th seasons. Hartman was 49 years old when he died.

I only started warming up to Hartman shortly before he was murdered. His smarmy voice and assholey personas did not rub well with my uncritical fourteen year-old mind. I didn’t understand what he was doing. To me he was just abrasive. It wasn’t until I followed my favorite, most beautiful Canadian comedian over to “Newsradio”, that I really stopped and noticed Hartman. He was brilliant as Bill McNeil. I rarely use the word, “brilliant”, but in this case, it’s justified. His delivery! His beats! His dry expression! I even used a Bill McNeil quote for my senior yearbook: “When life gives you lemons, make lemonade, and then throw it in the face of the person who gave you the lemons until they give you the oranges you originally asked for?”

The man was a smart actor and smart comedian and it’s heart-breaking that his already prolific career was cut short.

I’ve been watching Phil Hartman clips and finding myself tearing up. Maybe I should give my old tenor saxophone band partner a call.

Do you remember the day Phil Hartman died?