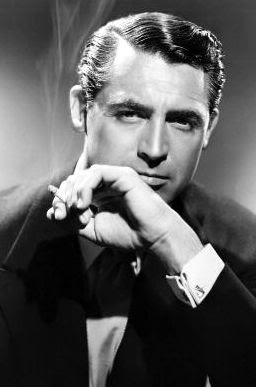 Is your love life in shambles? Do you find yourself repeating the same mistakes over and over? Do you feel like you will never meet the right guy or girl, or when you do meet them, they don’t seem to want you? Well, put down that copy of “Men Are From Mars Women Are From Venus” that you never read anyways and listen to me very carefully; I have found the answer:
Your love life is in the shitter all because of Cary Grant.
Every man wants to be Cary Grant and every woman wants Cary Grant, but the truth is, Cary Grant doesn’t exist. He never existed. Cary Grant was even quoted as saying, “Yeah, that sweet ass mo-fo up on the big screen? He’s not real.” In real-life, Archibald Leach could be a real f’ing turd. His first wife claimed that he hit her and his fourth wife, Dyan Cannon, alleged that he would spank her during rows (that part doesn’t sound that bad).
Cary Grant was the perfect illusion of what a real man should be- dignified and diplomatic, impeccable manners, chiseled features, entertaining and humorous, yet with a hint of melancholy. Generations of women hold the standard that there is a Cary Grant out there for them, they’ve been told since birth that they deserve no less, but when he fails to show up on their doorstep with a corsage in one hand and a brandy and cigarette in the other, they pick the closest Burgess Meredith or Peter Lorre they can find. The women become resentful of their men and the men begin to feel inadequate and underappreciated. Then the fighting starts happening and the sex stops (“why don’t you want to wear that three piece suit and hair oil that I bought you!?”). Then the cheating starts, the courtship completely unravels, wars break out in tiny countries, and the ozone layer becomes a little more depleted all because of Cary Grant.
To Cary Grant! The man that makes me question whether or not I can participate in necrophilia!
Here is the trailer to one of my absolute faves, Bringing Up Baby.
Talk about ahead of it’s time. This shit is funnier that most of the stuff out there now COMBINED.
May 28, 2010 by hipstercrite