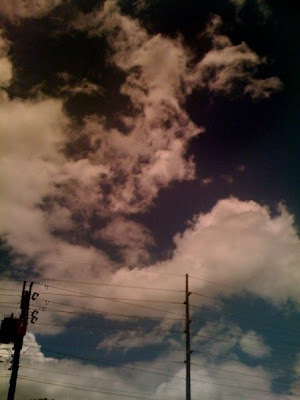 With the new year pending, you’re probably thinking, “January 1st will be a good time to abandon the wife and child in the night and start a new life somewhere else”.

Especially if you’re from L.A.

I was the last person they let in from California here in Texas. The gates are locked and they don’t want anyone else, you hear?

I’m sorry California didn’t give you your tax return this year but go to South Dakota or Idaho. The unemployment rate is ridiculously low there right now. Let me tell you, animal husbandry will be ten times more rewarding than being a corporate drone.

Austin is too good for me. I don’t deserve her.
She took me in with open arms after I tore away from the suffocating hands of Los Angeles. No questions asked. Just picked me up, brushed me off, and rocked me to sleep.
She’s still rocking me.

When people ask me, “So, how is living in Texas?” with that little grin suggesting what they’re really asking is, “So, what on Earth possessed you to move to a southern red state that consists of 24 million cowboys and rednecks and George Bush?”, I just shake my head and sing, “Home is where I want to be but I guess I’m already there”.

What I really want to tell them is this:

Imagine that you just unearthed America. After years of digging and the dirt just getting thrown back into the hole, you finally break through and see her shining like a gleaming Atlantis at the bottom of a dark Ocean.
You walk down her Main Street. The sun is shining. Families going to brunch and artists sitting in cafes.
You pass a Policeman who tips his hat to you. A stranger that says your smile just made his day.
Music floats by, intertwined in every molecule of the wind.
You almost wonder if you’re in an episode of “The Twilight Zone”, the cheery facade will suddenly break away to a more apocalyptic scene, something that you’re more used to.

It doesn’t and it never will.

Imagine all those things.
That is Austin.

Let me rephrase what I said earlier.
Austin welcomes you with open arms.
Just maybe instead of trying to change her, let her change you.