Now, I know people throw the term around loosely (“Dude, my colon just went bat shit crazy after I ate that four day-old Indian food), however, my roommate is truly bat shit crazy (I just Googled the origin of “bat shit crazy” and no one seems to know where it came from. There are some very heavy duty theories involving Native Americans collecting guano in caves, the guano containing parasites, and the parasites attacking the humans therefore making the host “bat shit crazy”. In my mind, “bat shit crazy” looks like someone crawling around on their hands and knees with cartoon popped-out eyes licking bat shit off the ground. Like how Christopher Lloyd looked in “Who Framed Roger Rabbit”, but instead of getting rolled over by a steam roller, he licks poop off the ground).

I started writing this piece a few days ago when I thought the craziness had reached it’s peak.

It was far from over.

Right now, I’m sitting in my house watching cops escort my roommate away.

Let me give you a little back story. I did not chose to live with, let’s call her, Gary Busey. I live in a big communal-living style house in downtown Austin. She is a 47 year-old woman who recently moved from Virgina to study Eastern medicine in Austin (surprise!). Gary Busey was already living here when I moved in. I thought there was something different about her (like when she would stare at me for long stretches of time for no apparent reason), but brushed it off as her being interested in me (a trait I inherited from my father where I erroneously believe that everyone is sexually attracted to me). She told us that she left her daughter behind in Virgina, but we found out later that she had been taken away from her. She also has a pension for young men from the hood who may or may not be in person.

Gary Busey always seemed on the verge of ripping off her clothing in public areas and proclaiming that Jesus was inside of her, but this weekend was when she finally fell off her already weak and dilapidated rocker.

What triggered it?
She was convinced that someone stole her spoon and her figs.

On Saturday I had to talk her off of a ledge and give her aspirin so she could handle the “magnificent stress” of the situation involving her spoon and figs. On Sunday morning, I heard her screaming at the owner of the house demanding to know where her spoon and figs were. “Where are my figs, man?!” I heard her shout. Later that day I received three missed calls from Gary Busey. The third call I picked up.

Gary Busey: Hey there! I just want to let you know that I went to church and prayed and sang and now all the pain has gone away.

Gary Busey: I’m out walking in the neighborhood and feel at peace.

This is where it gets fun. Yesterday, Gary Busey stood over me and another roommate as we ate dinner. Not saying a word. Later that evening, after arriving home late from my second job, I caught a silhouette sitting in the dark of my kitchen. It was Gary Busey and she was waiting for me. In the dark. Next to the front door. I thought maybe she was doing her best impression of the Mad Men logo, but silly me, she wasn’t! I walked into the house and she just glared. “Looks like I have a fever!” she blurted out. I quasi-smiled and quickly walked up to my room. No more than five minutes later there was pounding on my door.

Gary Busey: I need to talk to you!

She stammers and sighs and retreats back to her room.
Just as I was drifting to sleep, my door flew open! As I laid there half asleep, half naked in my bed, my bat shit scarfing roommate loomed over me ranting about how the world was against her and she wouldn’t stand for it any longer. I waited for the blow of her Bible against my head that never came, sighed, mumbled a few “fml‘s”s, then politely told her to leave my room.

With all that being said, it didn’t come as a surprise today when I was told that the police were at my house after she made allegations that her life was in jeopardy. I’m currently sitting in my room with the door locked as she packs up to leave. The police chief informed me that she had been hanging around the police station over the past week. He was getting frequent phone calls from her professing her love to him. I’m standing against the door listening to her her sigh her heavy sigh as the policeman tells her to hurry the fuck up.

The funny thing is, I wish I was exaggerating this entire story.
Or maybe it’s not that funny….where the hell is that can of pepper spray again?
October 11, 2009 by hipstercrite 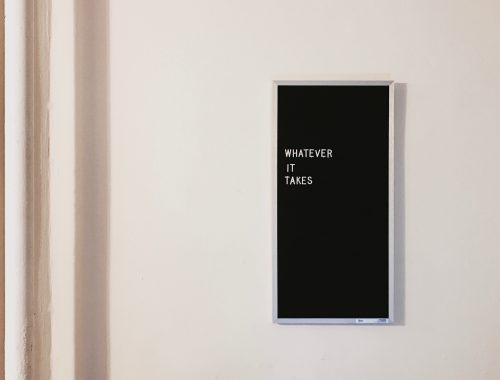 For My Lady Friends…