Maybe I shouldn’t have gone to the taco stand for the third day in a row…
It’s Friday and it’s raining in Austin! What a marvelous day! Mama Jewess is coming into town this weekend (before we embark on our trip to Portland), I’m mostly moved in to my new place, and I’m trying to think of ways to avoid talking to the guy I last dated who will be walking into my office in 80 minutes. I was going to run an “errand” while he is here and put Mannequin Baby or Glenda in my place. Any suggestions would be nice. 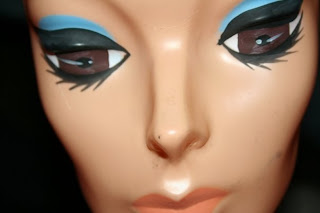 Today I posted my first post on East Austinite.
East Austin is the South’s version of LES. Except instead of punks and graffiti artists, it’s men who love their bikes more than women and women who love American Apparel more than men. Wait, I guess that could qualify as LES too. Well, you won’t see a bunch of dudes with beards playing techno-folk on a front porch in New York, will you?
Anyways, I’m really excited about joining the East Austinite team. Their blog is the best place to follow the East Austin scene.
BTW- Check out this cool map of the East Side from Progress Coffee.
Also, I won Cinema Obsessed’s “Guess Who” this week. The two lovelies running the site are movie geeks after my own heart. They have THE BEST taste and are always on top of the latest movie news and gossip. It’s a great source to get all your movie news.
My prize for winning? A post of my favorite scene from my favorite movie…
(I’ll give you a hint, before the movie came out, the character in the movie was a popular sketch show on the Sunset Strip)
And how I’ve managed to get so caught up in my day that I only brief thought about September 11th, 2001 this morning, is beyond me. I need to get my head out of my ass.
September 11, 2009 by hipstercrite