You know why Austin is the coolest place that ever existed?!
Because not only do we host Twin Peaks costume parties, Michael Jackson sing-alongs, dances centered around foot fetishism, and the National Karaoke League, we celebrate Andy Warhol’s birthday a la Factory style!
The Plastic Exploding Inevitable 2009 was hosted by Massive Beacon at the Mohawk last night with a crowd close to 400 people. Edie’s Revenge played a Velvet Underground set and PJ and the Bear showed up in their Marc Bolan-fucks-a-teddy-bear regalia. The crowd was full of shoddy Andy’s (one young man/asshole wore cargo shorts, a silk vest with no shirt, and a “Grandma” wig), beautiful Edie’s, a couple of Nicos, one Candy Darling, and, me, one very sweaty, very sober Truman Capote with a camera in my hand taking photos for the Austin Chronicle Chrontourage (suit + bow-tie + suspenders + hot Texas summer night = delusions and anger).
Though the stacks of Brillo boxes did not make their planned appearance, there was silk screening and a stop-motion animation play center on hand. There was even a stuffed gorilla holding a giant copy of The Velvet Underground & Nico. The gorilla mysteriously fell over at some point in the evening which caused a loud noise and instant silence from the crowd. We stood their motionless for a good 30 seconds, clueless as to what to do, then somebody picked him up, returned him to his squatting position, and the party resumed. Talk about excitement! Fuck naked tranny sex orgies and horse tranquilizers, we had stuffed gorillas falling over. 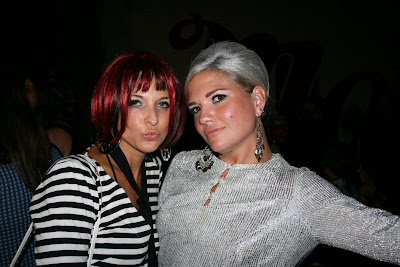 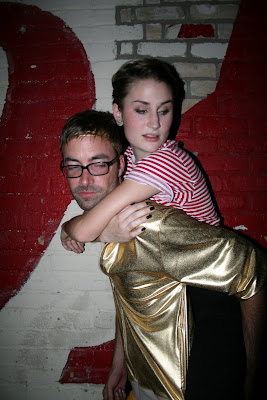 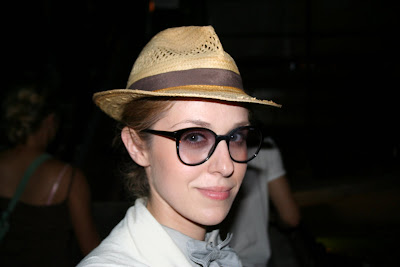 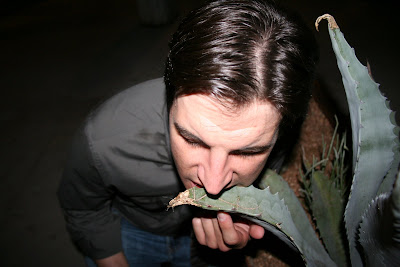 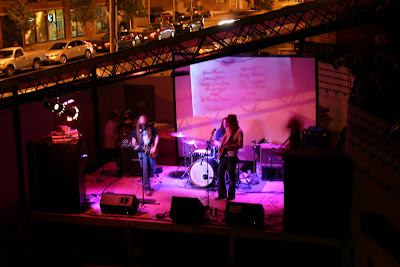 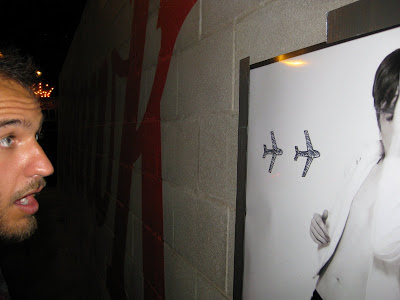 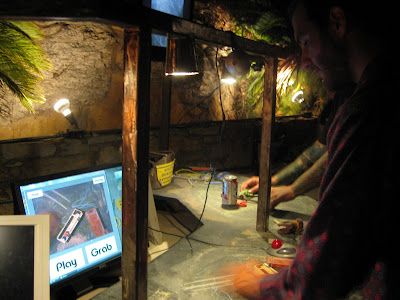 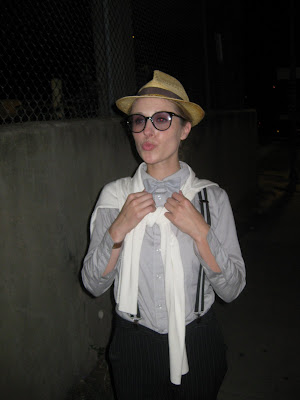